“If I Can’t Do Jihad in the Middle East,
I Would Do My Jihad Over Here.” 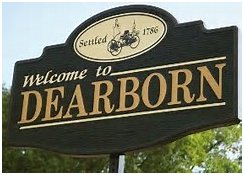 We have a troubling story over here in Dearborn Heights, Michigan about a young man who planned to wage violent jihad against a church close to his work in Detroit. 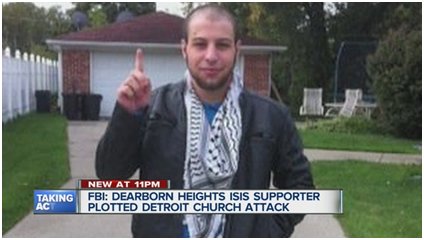 He thought the church would be a good choice because it was a gun-free zone and target-rich with capacity for 6,000 congregants. The would-be-shooter’s plot was not carried out because his father found and confiscated the jihad kit in his car consisting of a gun, ammo and a mask. Thwarted in his initial plan to terrorize the citizens of Michigan and the world, he told an FBI undercover agent about wanting to use a knife or a sword to achieve his “dream of beheading someone”.

For months, twenty-one-year-old Khalil Abu-Rayyan, self-proclaimed Palestinian Muslim, has been peppering social media with violent and hateful speech, threatening jihad. The FBI tuned in and an undercover agent learned of the violence contemplated by this young man who wanted to go “Sahwat” hunting, a term for an Iraqi who opposes ISIL. An arrest was made before he was able to put his plans into action and he is currently in detention.

An audio clip of the arraignment reveals a well-spoken young man with no trace of a foreign accent. He was probably born here or has lived here most of his life. And yet, it appears his allegiance is not with the USA, but with an Islamist terrorist organization based in the Middle East.

Think about the lack of assimilation and what it means. This young man of fighting age could not make it overseas to wage jihad so he settled for doing it here:

“If I can’t do jihad in the Middle East, I would do my jihad over here.”

He settled for a proxy target; a church having no ties to his enemies in the Middle East.

While we have many unanswered questions, the two that seem to be at the forefront are:

1) Why would someone who has lived in the USA for a lifetime, like the San Bernardino shooter, or this young man take up arms against innocent countrymen who have no ties to ISIL?

2) Why would the parents of an obviously dangerous young man fail to turn him over to the authorities when they had first-hand knowledge of intended criminal acts, much like the blind eyes turned to the bomb factory in San Bernardino?

Maybe there is something about the culture of these enclaved communities that do not resemble the America we know. 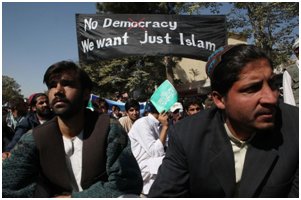 Places like Dearborn could be picked up and set down in the Middle East without skipping a beat. The signs on the stores are in Arabic, the food is Arabic and the language is Arabic. The ideology on-the-street is largely Sharia. (51% of US Muslims want the option of living here under Sharia) 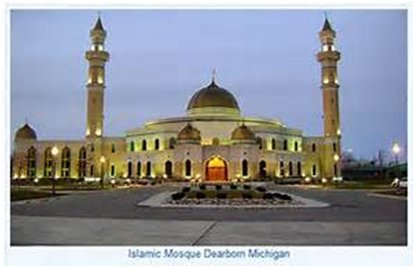 A few months ago a man having a business breakfast in Dearborn overheard a quartet of retiree age men at a nearby table discussing world affairs. Since this man speaks Arabic, he understood the whole conversation and it was not pro-American. In fact, one of the men at the table went as far as saying that he wished he had the courage to strap on a suicide vest himself, and that perhaps if he were ever given a terminal cancer diagnosis he might just do it. Incredible! These are suicidal and murderous ideations. If a psychiatrist had heard them he would have been required to notify authorities about the outward threat and then would have to admit the man to a residential treatment hospital for protection because of suicidal thoughts.

And yet, this is coffee shop conversation in an enclaved city where Sharia Law is observed in many ways and Christians are stoned for sharing the gospel on a public sidewalk. 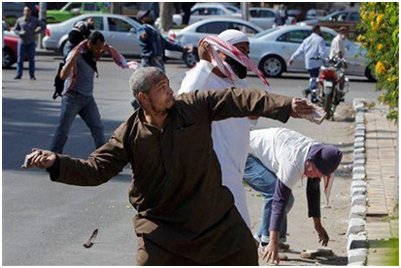 In Dearborn, a father can find a gun, ammo and a mask in his son’s car and think that taking the items away from him will solve the problem, or a family in San Bernardino can overlook a bomb-making operation in their son’s kitchen and a neighbor can decide reporting very suspicious behavior would be riskier that having people possibly injured as a result of that suspicious behavior.

These “lone wolf” attackers, inspired by social media seem to be on the rise. Pretty soon we will run out of enough FBI agents to monitor what is going on. More attacks will not be a surprise. We might as well expect them. We need to have better ways to identify and defuse them. Thanks to the FBI, we have dodged bullets on this one, but maybe the next time we will not be so lucky.

We need more help from the families and the communities of these young jihadi “wannabes” because the signs are always there. It is not enough to take away the weapons when you find them. The authorities must be notified and if not, the culpable families may need to assume civil and criminal responsibility for looking the other way when tragedy could have been prevented.

The community needs to step up as well. These “lone wolf” attackers are always presented as a shock to their neighbors, although that message is changing. In the San Bernardino shooting, as well as this one that was nipped in the bud, the initial public statements have been made by the Council on American Islamic Relations (CAIR), unindicted co-conspirator in the Holy Land Trial, the biggest terrorism financing prosecution in American history. CAIR has been identified as a front group for the Muslim Brotherhood which has been condemned as a terrorist organization by the UK and several Middle Eastern countries.

So far, the message from CAIR on this case is that “we should not rush to judgment,” but actually their early appearance on the scene is a dog whistle to anyone else who may be contacted for a quote to defer to the CAIR spokesperson who will have the official spin – beware of Islamophobia. 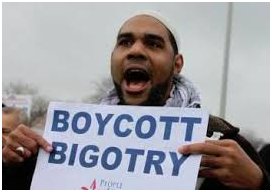 CAIR is not interested in the truth. If an imam is radicalizing young men in Dearborn or elsewhere, we will not hear about it from CAIR. What we will hear is CAIR on the offense with claims of Islamophobia if people start asking too many questions or veer off the politically correct pathway. CAIR will not assist in getting to the truth and in the past have urged people to not cooperate with the FBI unless absolutely necessary.

The greater question here is about our flawed immigration policy, especially the Refugee Resettlement program. Why continue to bring people here who do not want to assimilate and are instead bringing the Middle East conflict here to be fought on our soil? The church full of worshippers Abu-Rayyan wanted to shoot-up was not his enemy, just an unfortunate casualty of his misguided ideological world view and the policy of flooding America with people who hate us.

It is correct for us to be concerned about bringing in unvettable Syrians or others who may be terrorists with fake passports. But we must also start finding ways to vet people who we have already brought in to our country. We must understand the ideology that guides their actions and recognize that they may be no more than economic migrants who have no allegiance to the USA at all, or worse, Islamists pursuing a world without non-Muslims.

We must be more realistic about projecting our patriotic values. We cannot assume we all share the same world view. Every day we learn more to prove we don’t.