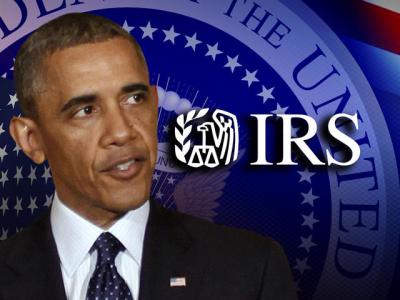 The mainstream media have gone to great lengths to avoid reporting on controversies with the potential to damage President Obama’s reputation or legacy. The endeavor to politicize the Internal Revenue Service (IRS) became an article of impeachment against Richard Nixon in 1974. But the actual politicization of the IRS under Barack Obama is treated as a phony scandal ginned up by Fox News, talk radio and the tea party movement. So it’s no surprise that recent news stories about the IRS scandal have been met with nearly complete silence from the mainstream media. The goal is clear: if the media ignore this scandal long enough, it will be treated and dismissed as old news.

There was a major development last Friday, but the media, for the most part, continue to look the other way. As The Washington Times reported, “A federal appeals court slapped the IRS with yet another rebuke Friday, ruling that it did, in fact, discriminate against tea party groups and insisting the tax agency prove that it’s permanently stopped the unconstitutional targeting of groups because of their political leanings.”

The IRS was seeking to get a lawsuit dropped, claiming they had voluntarily stopped such targeting. But a three-judge panel of the U.S. Court of Appeals for the D.C. Circuit—considered the second most powerful court after the U.S. Supreme Court—ruled unanimously that the lawsuit should be sent back to a lower court for a more thorough ruling. In a previous ruling earlier in the year, Judge David Sentelle, one of the members of the three-judge panel, said, “It’s hard to find the IRS to be an agency we can trust,” and suggested that it had infringed on the constitutional rights of some tea party groups.

There were hundreds of conservative groups targeted for intense scrutiny that liberal and leftist groups were not subjected to. Last year the Justice Department announcedthey were ending their criminal investigation of the matter, in what looks more and more like a politically motivated decision, much the same as the decision not to prosecute Hillary Clinton for her repeated instances of sending and receiving classified material on an unsecured server.

Days before the appeals court rebuked the IRS on August 5, The Hill published an article in which current IRS Commissioner John Koskinen characterized Congress’ push to impeach him as sending a message that people should not take government posts. Representative Jason Chaffetz (R-UT) “has said Koskinen did not comply with a subpoena and made false and misleading statements under oath during a congressional investigation into the IRS’s scrutiny of conservative groups’ applications for tax-exempt status,” reports The Hill. The remainder of this article discusses Koskinen’s comments out of context—glossing over the details of the IRS scandal, so that readers are not well informed by the article.

Commissioner Koskinen is no innocent victim. His IRS erased over 400 backup tapes which could have contained Lois Lerner’s missing emails in March 2014, “a month after the IRS realized it was missing some of Lerner’s emails,” reported CNN in 2015.

“The IRS’s strategy was the stuff of banana republics: Organizations that were critical of the president’s signature health-care law were to be targeted, as were those making statements critical of the general direction of government under the Obama administration,” wrote the Editors of National Review in June, calling for Koskinen’s impeachment. “Those with ‘tea party’ or ‘9/12’ in their names (the latter refers to groups associated with conservative broadcaster Glenn Beck) were to be targeted. Hundreds of such organizations were subjected to improper harassment and invasive requests for financial and political information.”

Lerner staged an exchange with a reporter in 2013, in which she apologized for the IRS’ targeting of conservative groups at an American Bar Association conference in Washington, DC. “Lerner, who retired in September, said of the agency’s Cincinnati employees, ‘They didn’t have the appropriate level of sensitivity about how this might appear to others and it was just wrong,’” reported Eliana Johnson for National Review in 2013.

President Obama later also claimed there wasn’t a “smidgeon of corruption” at the IRS and that news organizations like Fox News were deliberately keeping the controversy alive.

The Cincinnati rogue IRS agent myth that has been perpetuated can now be fully laid to rest. Judicial Watch recently released the 302s, the 2013 summaries of FBI interviews of both IRS personnel and individuals who applied for non-profit status.

In these summaries the Cincinnati IRS employees repeatedly state that they feel they had been thrown under the bus by Lerner.

“When Lois Lerner made her public comments, he believes she threw them under the bus, backed over them, and ran over them again,” states the FBI summary, which communicates that this employee followed the necessary procedures and “elevated questions at the time as they should have.”

In other words, the Cincinnati office sent applications that needed higher-level scrutiny on to the DC-based Exempt Organization (EO) Technical. This black hole of a bureaucracy provided little reply. “Nobody told him directly where the delay was in resolving the Tea Party issue. DC is like a black hole,” states the FBI summary. Whether true or not, Cincinnati employees have blamed Washington for the errors.

We reported in 2013 that the IRS scandal may extend up to the White House, given that Kathryn Ruemmler, White House Chief Counsel, and White House Chief of Staff Denis McDonough were aware of the brewing scandal a month before Lerner’s comments.

Now, with the release of the 302s, the lingering question is whether the IRS EO Technical unit, based in Washington, DC, was politicized and deliberately chose not to process conservative group applications.

Statements by Cincinnati workers do raise some suspicions. One summary states that “The Tea Party cases started to backlog since [redacted] was no longer responding.” In fact, “[Redacted] cannot remember having a conversation with [redacted] after August 15, 2010. She saw this backlog as a ‘ticking time bomb.’”

This ticking time bomb is now treated as a phony scandal by the press, which often take their cue from White House elites who believe that the damage caused by targeting conservative groups should be overlooked. But only by investigating and exposing those who decided to target these groups in the first place can we prevent future abuses. As in so many other instances, the press is derelict in its duty to hold the Obama administration accountable.