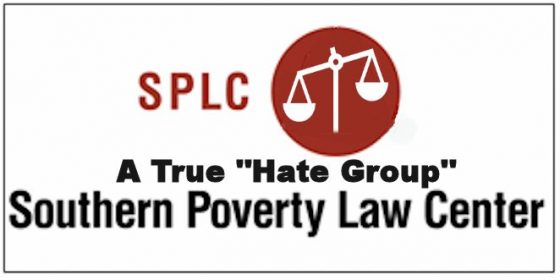 Fresh from their attendance at the Left Forum gathering of socialists and communists in New York, officials of the Southern Poverty Law Center (SPLC) have finally found a socialist they can hate: Brexit murder suspect Thomas Mair, the alleged killer of British MP Jo Cox. The SPLC says Mair has been linked to the “once-prominent American neo-Nazi group” known as the National Alliance.

But strangely enough, the SPLC neglected to mention that William Pierce, the head of the National Alliance, was also the editor of a publication called National Socialist World.

The SPLC seems to believe there is a significant moral difference between socialism based on race—the Nazi version—and socialism based on class, the Marxist version. Otherwise, why would they find one form objectionable and the other worthy of a conference featuring Evelyn Schlatter, deputy director of research of the SPLC’s Intelligence Project?

In fact, however, Adolf Hitler’s National Socialism was based on Marxism. “In public,” notes George Watson, author of The Lost Literature of Socialism, “Hitler was always anti-Marxist…” However, Watson notes that Hitler privately “acknowledged his profound debt to the Marxian tradition” and stated explicitly that “I have learned a great deal from Marxism…” Watson cites the book, Hitler: Memoirs of a Confidant, by Otto Wagener, who was Hitler’s economic advisor.

In the case of the British Brexit attacker, who allegedly killed Cox because she favored keeping Britain in the European Union, the SPLC cites the  British press in saying that Nazi regalia and literature, including a manual with instructions on building a pistol, were found after searching Mair’s home.

All of this is very disturbing. The neo-Nazi movement here and abroad is full of dangerous characters. But years before the SPLC advertised itself as an authority on such groups as the neo-Nazis and the Ku Klux Klan, the FBI was monitoring and even infiltrating these groups. Leftist objections to government “surveillance” forced the FBI to curtail the monitoring of extremists.

The FBI used to infiltrate the far-right and the far-left, including such groups as the Weather Underground of Bernardine Dohrn and Bill Ayers. A Weather Underground bomb factory discovered by the FBI in San Francisco in 1971 turned up bombs, killing instruments, and communist literature, including books by Lenin and Mao.

And yet, the SPLC’s “Teaching Tolerance” project ran an article praising Bill Ayers, who never repented for his crimes, as a “civil rights organizer, radical anti-Vietnam War activist, teacher and author.” It also claimed he had become “a highly respected figure in the field of multicultural education.”

The softball treatment of Ayers and Dohrn demonstrates that the media’s designated “experts” on right-wing extremism have a big blind spot. In fact, the SPLC helped inspire an actual terrorist attack on the Washington, D.C. offices of the conservative Christian Family Research Council (FRC). This occurred after a homosexual militant discovered the location of the FRC on an SPLC “hate map.” A security guard was wounded before he took down the attacker.

Using Thomas Mair and his link to the National Alliance in their latest successful attempt to drum up some favorable media attention, the SPLC says Pierce turned the group into the most dangerous and best organized neo-Nazi formation in America. But it is not considered very significant these days. By contrast, as demonstrated by the thousands in attendance at the recent Left Forum in New York, the organized pro-communist movement, which is based on Marxism, is very much alive. Yet the SPLC mixes among and with them.

What’s more, some groups in the U.S. today considered to be pro-white are aligned with the Russian government of Vladimir Putin and his one-time influential adviser, Alexander Dugin. In fact, former KKK leader David Duke once traveled to Russia and met with Dugin.

Interestingly, the Charleston church shooter, Dylann Roof, had declared in his alleged manifesto, that “We have no skinheads, no real KKK, no one doing anything but talking on the Internet,” when it came to racist support groups for his planned massacre of black people. The drug-abusing 21-year-old was complaining about a lack of organized support for his views. But the SPLC tried to transform Roof into a global right-wing terrorist by linking him, without any substantial evidence, to a “worldwide white supremacist movement.”

An Internet search by Carrie Devorah determined that Roof’s website was hosted by a Russian server. This was the only evidence of an international connection to the massacre.

Nevertheless, Richard Cohen, president of the Southern Poverty Law Center, was invited to address “the scope of radicalization, and assess what steps can be taken to mitigate the rise of terror via lone wolf attacks and organized terrorist plots” in a June 23 hearing conducted by the Subcommittees on National Security and Government Operations of the Committee on Oversight and Government Reform.

In his testimony, Cohen mentioned how he had previously testified before the House Committee on Homeland Security and had served on the Department of Homeland Security’s Countering Violent Extremism Working Group.

He said, “We must ensure that the government’s attention to the threat of Islamic extremism does not cause it to fail to devote the resources necessary to combat homegrown violent extremism based on other ideologies.” He added that “All forms of extremist violence are dangerous to our nation and must be vigorously confronted.”

But there was no mention of whether these “other ideologies” included Marxist groups like the ones the SPLC associated with at the Left Forum, or whether “extremist violence” from Marxist-oriented groups is a potential problem.

One of the participants in the Left Forum was pro-terrorist lawyer Lynne Stewart, freed from prison by the Obama administration.

As we noted previously, the SPLC employs the tactic of “partisan tolerance,” meaning that the conservatives who want to protect America and its allies from Islamic terrorists, or even from Russian aggression, have become, in their eyes, the problem.