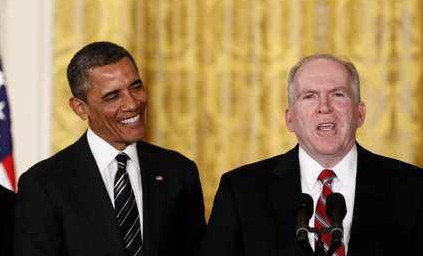 This week, Trevor speaks with researcher and author Nevin Gussack about the very real alliance between Islam and Communism. Nevin Gussack is the author of Sowing the Seeds of Our Destruction: Useful Idiots on the “Right” and Golitsyn Vindicated?, which examines some of the extraordinarily accurate predictions by KGB defector Anatoliy Golytsin (more on Golytsin here).

Allan Dos Santos revealed some interesting developments in Brazil. According to Santos, the Brazilian Supreme Court has cleared the way for an investigation into Brazil’s Marxist president, Dilma Rouseff, and could lead to impeachment. A very large majority of Brazilians do not support the current regime. There have been huge protests against the current Brazilian regime, with some three million people taking to the streets.

Allan Dos Santos claims the Rouseff Administration is seeking the help of China and Russia, apparently in an effort to stave of the efforts at impeachment.  The Brazilian vice president and head of the Brazilian senate visited China in early September, according to Santos.

Russia and China are playing an ominously large role in Brazil, and in South America in general. China is the main economic partner of Brazil. The appointed Chinese ambassador in Brazil is a Chinese general. And the commander of the Brazilian Army used to be the Brazilian embassy military attaché to China. According to Santos, in 2008, Russia and Brazil conducted a joint military exercise.

According to anti-communist activist Olavo de Carvahlo,  Cuba and Russia have been helping Venezuela prop up the socialist regime. Cuban troops have been sent to Venezuela to assist Nicolás Maduro’s oppressive regime crack down on protests engulfing the nation. Russia and China are supporting Venezuela and all the surrounding South American countries involved with the communist think tank Sao Paulo Forum.

One of the more disturbing revelations made by Allan Dos Santos was the claim Brazilian universities are openly holding up North Korea as an example of “democracy.”