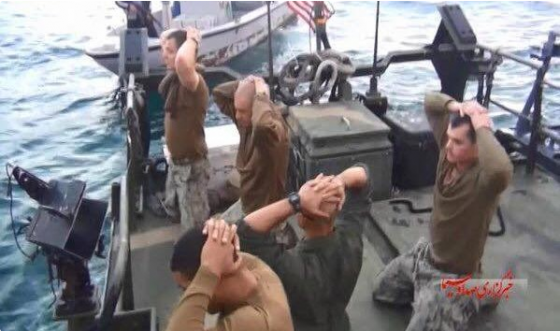 Since Tuesday’s capture of U.S. Navy sailors by the Iranians, many questions have emerged that call into question the official story of events.  Knowing the history of the Obama administration, including the Arab Spring and the infamous attack and cover-up Benghazi “incident,” is it fair to assume that the White House is again deceiving the American public? After five years. This graphic details the results of the Arab Spring. An increase in failed states and autocracies.

In light of yet another disgraceful situation that humiliated our country and military, below are some vital and important questions to ponder (forget political correctness!):

At first, on the surface, this sordid affair is not unlike another major scandal of the Obama administration: Benghazi.  Again, consider some important questions:

Now that the Farsi Island incident is over and with the focus shifting to the latest prisoner swap, who will be the “schmuck” that throws their hands up and screams “What difference, at this point, does it make?”