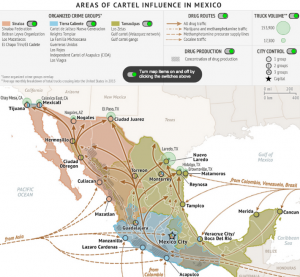 In light of Glenn Beck’s forthcoming series on Russia, we thought it worthy to share something profoundly insightful but also bone-chilling that TheBlaze Books discovered in reviewing Prof. Karen Dawisha’s penetrating and terrifying new book, “Putin’s Kleptocracy: Who Owns Russia?.”

Dawisha builds the case that Russian President Vladimir Putin has built a criminal, Mafia-like regime, reliant on corruption, violence, terror, subversion, and ultimately loyalty in order to survive. But even prior to his first election to president in 2000, a system anathema to and likely inconceivable in the minds of even the most sober Westerners was forming.

This is perhaps best illustrated in a paragraph that Dawisha cites from the September 21, 1999 testimony of former CIA agent Richard Palmer, delivered to the House Committee on Banking and Financial Services during a hearing on infiltration of the Western financial system by elements of Russian organized crime.

Palmer, a specialist in Russian organized crime, who had spent 20 years as a member of the CIA during the height of the Cold War, largely overseas — including his final three as Chief of Station in the Former Soviet Union (FSU) from 1992-1994 — followed by several years as an FSU business and security consultant, stated:

For the US to be like Russia is today, it would be necessary to have massive corruption by the majority of the members at Congress as well as by the Departments of Justice and Treasury, and agents of the FBI, CIA, DIA, IRS, Marshal Service, Border Patrol, state and local police officers, the Federal Reserve Bank, Supreme Court justices, U.S. District court judges, support of the varied Organized Crime families, the leadership of the Fortune 500 companies, at least half of the banks in the US, and the New York Stock Exchange. This cabal would then have to seize the gold at Fort Knox and the federal assets deposited in the entire banking system. It would have to take control of the key industries such as oil, natural gas, mining, precious and semi-precious metals, forestry, cotton, construction, insurance, and banking industries – and then claim these items to be their private property. The legal system would have to nullify most of the key provisions against corruption, conflict of interest, criminal conspiracy, money laundering, economic fraud and weaken tax evasion laws. This unholy alliance would then have to spend about 50% of its billions in profits to bribe officials that remained in government and be the primary supporters of all of the political candidates. Then, most of the stolen funds, excess profits and bribes would have to be sent to off-shore banks for safekeeping. Finally, while claiming that the country was literally bankrupt and needed vast infusions of foreign aid to survive, this conspiratorial group would invest billions in spreading illegal activities to developed foreign countries which provided them with foreign. In the best case of this comparison, the U.S. President would not only be aware of all of these activities but would also support them – including the involvement of his own daughters and all of his close political and financial supporters. Further, he would direct a campaign to smear and remove the Attorney General for investigating the office of the President.

For more on how Putin took up this mantle to build his kleptocratic regime, be sure to check out our full interview with Prof. Karen Dawisha below. You can find the cliff-notes here.

You can find all of our Blaze Books interviews on Soundcloud and Stitcher, and subscribe to our podcast automatically via iTunes.