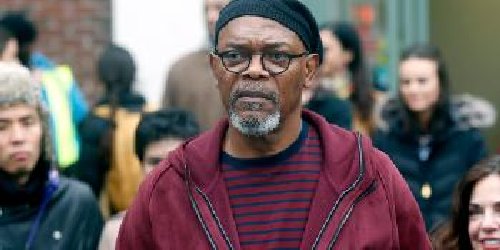 Folks, as an American who happens to be black, I respectfully report that Mr Jackson has a history of delusional thinking in regards to race relations in America. Over the years, Jackson has repeatedly excoriated Americans. Recently, Jackson accused America of being “full of white supremacists” who elected a “white supremacist president.” http://bit.ly/2oinzVG

Everything out of this so-called civil rights activist’s mouth is counter productive to real black empowerment.

I challenge you to name a blockbuster Hollywood movie which does not feature Samuel L. Jackson. Okay, that statement may be a bit over the top, but you get my point. This guy is an awesome actor. His work ethic is legendary. Rather than trashing the millions of white movie goers who purchase tickets to see him, shouldn’t Jackson be focused on encouraging blacks to follow his lead?

What gets me about so many of these mega-wealthy and mega successful blacks is they never say “do what I did to become successful”; work hard, make responsible choices and strive for excellence. No, instead, these rich blacks betray their people by advocating the Democrats’ keep-them-on-our-plantation formula. These powerful black mouthpieces for the Leftist agenda tell blacks, “Y’all should demand more government assistance checks and democrats mandating lower standards for blacks.” Every Democrat so-called black empowerment program subliminally sends blacks the message that they are short-bus-to-school Americans. Leftists are peerless in their bigotry of lowered expectations in regards to black Americans.

This is why as a black conservative, I remain frustrated that Republicans are branded racist. In reality, Democrats are the true racists. My GOP brothers and sisters have never talked down to me or inferred that standards needed to be lowered to give me a fair shot.

That is all my 90 year-old black dad asked for back in 1952, a fair shot at becoming a Baltimore City firefighter. Despite horrific racist working conditions, dad won “Firefighter of the Year” two times without a single standard lowered for him. That’s what I’m talkin’ ’bout! http://bit.ly/2pajirD

By sticking his nose into the Georgia congressional election as a Democrat hack operative, Mr. Jackson is selling-out his people again; helping to falsely brand Trump a racist. Have you checked the numbers Mr. Jackson? Blacks suffered big time under 8 years of Obama; epidemic unemployment; socially and economically going backwards. http://bit.ly/1VJG0jM

Trump will be far better for blacks than Obama. http://bit.ly/2eSpXhS Mr. Jackson, I pray that you will get your head together. Please stop being a puppet, continuing Democrats’ decades of deceiving and exploiting blacks to keep them voting Democrat.

Mr. Jackson, please start proclaiming the truth to black youths, “Do what I did and you can have what I have.” Samuel L. Jackson’s net worth is approximately $165 million. 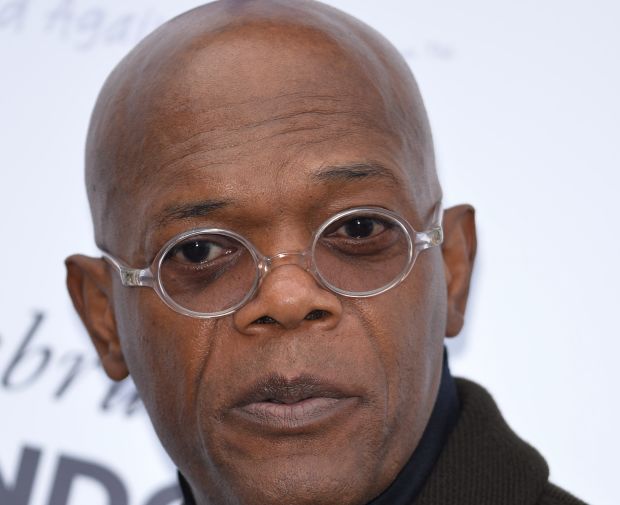 Okay, I will say it out loud. Far too many Hollywood celebs are self-aggrandizing idiots when it comes to politics and culture. Their worldview makes them feel superior to the rest us. Neither facts nor common sense will change their minds. Ronald Reagan nailed it when he said, “It isn’t so much that liberals are ignorant. It’s just that they know so many things that aren’t so.”

Here’s a prime example of a liberal making void-of-reality statements while thinking himself superior. Black superstar actor Samuel L. Jackson said he wished the San Bernardino shooters “was another crazy white dude” rather than Muslims. Jackson said such attacks gives people “legitimate reason” to look at their Muslim neighbors and friends the way they look at young black men. http://bit.ly/1R6uk72

Mr Jackson, I am black. I resent your assumption that Americans are racists looking for reasons to look cross-eyed at Muslims and young black men. Frankly, members of both groups (Muslims and blacks) have declared war on Americans.

So tell me Mr Jackson. How are we suppose to deal with the fact that practically every terrorist attack resulting in the maiming and murder of Americans has been by Muslims? Also, though under reported, black youth flash mob attacks, the knock-out game http://bit.ly/1G2iqTj and polar bear hunting attacks on innocent whites are frequent.

The Black Lives Matter hate group which Mr Jackson and his Hollywood homeys hold in high regard have declared it open season on killing cops and “crackas” (white people).http://bit.ly/1UqzIpn How are Americans suppose to process that?

A white friend was mugged on a Baltimore street. My friend admitted he was preoccupied. Had he been paying attention, upon seeing the group of thuggish young black males approaching, his street-smarts would have kicked in causing him to cross over to the opposite side of the street. Mr Jackson would deem my friend a racist guilty of profiling. In the minds of liberals, politically correctness trumps everything; even self-preservation instincts and life-experiences.

What I find so scary about the Muslim thing is we have no way of knowing who is for us or “a-gin” us. All the successful terrorist attacks maiming and murdering Americans were by Muslims who presented themselves as harmless neighbors, friends and co-workers.

The Boston Marathon was bombed by the seemingly Americanized Tsarnaev brothers. They killed 3 and wounded over 260, many maimed for life.

For crying out loud, the Muslim terrorist at Ft Hood was a major in the U.S. Army. Major Nidal Hasan, shot and killed 13 and injured over 30 while yelling, “Allahu akbar! (God is great)”

Again I ask Mr Jackson, how should we as responsible reasonable Americans respond?

And another thing. What is up with Jackson and other mega-rich black celebs constantly trashing white Americans whose patronage made them ga-zillionaires.

While promoting her movie, “Selma”, Oprah made the absurd claim that the 1950s persecution of blacks featured in her film still happens daily in America. With all due respect Oprah, your accusation is irresponsible, divisive and insulting. http://bit.ly/1QYQqtK

Oprah Winfrey and I were co-workers at WJZ-TV in Baltimore before she became nationally renowned “Oprah.” Oprah co-hosted our local morning talk show. Blacks were a bit suspicious of her for being comfortable with whites. Black viewers did not make Oprah a mega star. White viewers made Oprah.

Sameul L. Jackson, Oprah and other black celebs relentlessly bashing America is a huge disservice to all Americans, particularly black youths. Rather than saying their success is “because” of America, most black celebs promote the liberal spin; saying their success is “in spite of” America. The truth is America is the greatest land of opportunity on the planet for all who choose to go for it. The Left is relentless in its efforts to insidiously hide the blessing of America from minorities.

Proverbs says, “As a man thinketh in his heart, so is he.” In other words, belief is a powerful thing. So when black superstars tell black youths that America is forever racist and white cops shoot them on sight, they believe it. The lies become truth in their minds. Angry young blacks respond accordingly. http://bit.ly/1MHddlO (video has explicit language)

Mr Jackson and other black celebs, your insistence on portraying America as a hellhole of racism towards minorities is irresponsible, divisive and hate-generating. Your supportive public deserves much, much better.