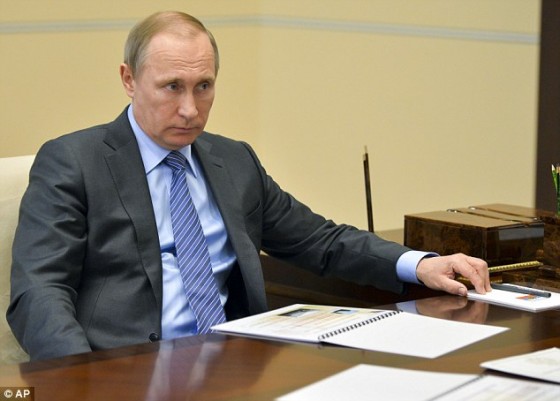 END_OF_DOCUMENT_TOKEN_TO_BE_REPLACED

In an article by Connor Wolf called This Is The Difference Between TPP And TPA (Hint: They Are Not The Same Thing), he explains that these two bills are linked together because Trade Promotion Authority (TPA) is a means to fast track passage of the Trans-Pacific Partnership (TPP). I am confused by this line of reasoning because as a stand-alone bill, TPA is intended to provide transparency to all trade negotiations by soliciting public and congressional input throughout the process, however, TPP as a stand-alone bill, is a behemoth and most of the information to which the public has access has been leaked. Furthermore, it was negotiated behind closed doors. According to the verbiage of TPA, if TPP is not negotiated using TPA guidelines, the fast track option is negated. So why do news outlets and a wide range of legislators portray these two bills disingenuously? Bundling the TPA and TPP as one idea called Obamatrade is no different than bundling immigration reform and border security, which are two separate issues. One is about drug cartels and terrorism and the other is about how we manage people who want to immigrate to the United States.

Challenges TPA hopes to remedy throughout the negotiating process and in resulting trade agreements have parallels to challenges facing the US and its allies when agreeing to make war on the foreign stage. While one president may assure allies that US troops will assist in gaining and maintaining freedom, i.e., Iraq, a new administration or congress may change the terms, leaving a foreign country abandoned, with the understanding that the US cannot be relied upon to meet its agreed upon obligations. When negotiating foreign trade agreements, this same realization comes into play when negotiations that took place in good faith are undermined by a new administration or congress that change the terms. TPA hopes to create a set of consistent negotiating objectives when hammering out trade agreements, allowing agreements to transcend administrations and congresses.

The following excerpts from a letter written to President Obama from Sen. Jeff Sessions (R, AL) would alarm any person who understands the division of powers and checks and balances built into our rule of law.         Posted in Exclusive–Sessions to Obama: Why Are You Keeping Obama Trade’s New Global Governance Secret? Sessions explains:

“Under fast-track, Congress transfers its authority to the executive and agrees to give up several of its most basic powers.”

Understanding that Senators Marco Rubio, Ted Cruz and Representative Paul Ryan have gotten behind TPA, it would be short sited and irresponsible not to probe further into why they aren’t exposing these violations of our rule of law.

According to The Hill’s Daniel Horowitz in TPA’s ‘Whoa, if true’ moment, Cruz and Ryan have explained, “most of the content of the bill is actually requirements on the executive branch to disclose information to Congress and consult with Congress on the negotiations.” Congress would be informed on the front end, as opposed to debating and making changes to what was already negotiated. This is important because as Cato Institute’s Scott Lincicome and K. William Watson explain in Don’t Drink the Obamatrade Snake Oil:

Although trade agreements provide a mechanism for overcoming political opposition to free trade, they also create new political problems of their own, most of which stem from the inherent conflict in the U.S. Constitution between the power granted to Congress to “regulate commerce with foreign nations” (Article I, Section 8) and that granted to the president to negotiate treaties (Article II, Section 2) and otherwise act as the “face” of U.S. international relations. In short, the executive branch is authorized to negotiate trade agreements that escape much of the legislative sausage-making that goes in Washington, but, consistent with the Constitution, any such deals still require congressional approval—a process that could alter the agreement’s terms via congressional amendments intended to appease influential constituents. The possibility that, after years of negotiations, an unfettered Congress could add last-minute demands to an FTA (or eliminate its biggest benefits) discourages all but the most eager U.S. trading partners to sign on to any such deal.

TPA, also known as “fast track,” was designed to fix this problem. TPA is an arrangement between the U.S. executive and legislative branches, under which Congress agrees to hold a timely, up-or-down vote (i.e., no amendments) on future trade agreements in exchange for the president agreeing to follow certain negotiating objectives set by Congress and to consult with the legislative branch before, during, and after FTA negotiations. In essence, Congress agrees to streamline the approval process as long as the president negotiates agreements that it likes.

For a really good argument for fast tracking, watch the video that can be found here:

The current bill would require the administration to provide public summaries of its negotiating positions. This will give the public something concrete to debate without having to resort to conspiracy claims or wild theories. It will also help everyone see more clearly how negotiators intend to implement the negotiating objectives of TPA.

It will also require that every member of Congress has access to the full text of the negotiations from beginning to end.

If TPA actually does what it is intended, a bill like TPP could not possibly be held to an up or down vote because it would not have been negotiated using the processes as outlined. Or could it? This administration passed Obamacare, which is a tax; they wanted comprehensive immigration reform and secure borders yet they openly courted Latin American countries to bring their kids to the border; they said they’d be the most transparent administration but there has been a dramatic lack of transparency, one must pass the bill before knowing what’s in it.

Perhaps what it all boils down to is what Rick Helfenbein writes about in Trade promotion authority, a Washington drama:

There are other conservatives like Rep. Walter Jones (R-N.C.) who remain adamantly opposed to giving the president (presumed) additional authority. Jones said of Obama and TPA: “Given his record, I am astonished that some of my colleagues are so eager to fork over even more of their constitutional authority to the [p]resident for him to abuse.”

While this article addresses the issue of TPA, it doesn’t begin to address the arguments against TPP, for example The Guardian’s C. Robert Gibson and Taylor Channing’s conclusion that, “Fast-tracking the TPP, meaning its passage through Congress without having its contents available for debate or amendments, was only possible after lots of corporate money exchanged hands with senators.” That is an article for another day.

Nancy Salvato directs the Constitutional Literacy Program for BasicsProject.org, a non-profit, non-partisan research and educational project whose mission is to re-introduce the American public to the basic elements of our constitutional heritage while providing non-partisan, fact-based information on relevant socio-political issues important to our country. She is a graduate of the National Endowment for the Humanities’ National Academy for Civics and Government. She is the author of “Keeping a Republic: An Argument for Sovereignty.” She also serves as a Senior Editor for NewMediaJournal.us and is a contributing writer to Constituting America. Her education career includes teaching students from pre-k to graduate school.  She has also worked as an administrator in higher education. Her private sector efforts focus on the advancement of constitutional literacy.