Conservative Catholic Vic Biorseth discusses how the Catholic Church has abandoned its traditional teachings and now gets paid by the Obama Administration to bring Muslims into the U.S. and water down America’s Christian heritage. Vic blogs at CatholicAmericanThinker.com and has written the book, “Culture = Religion + Politics. Who Are We?” 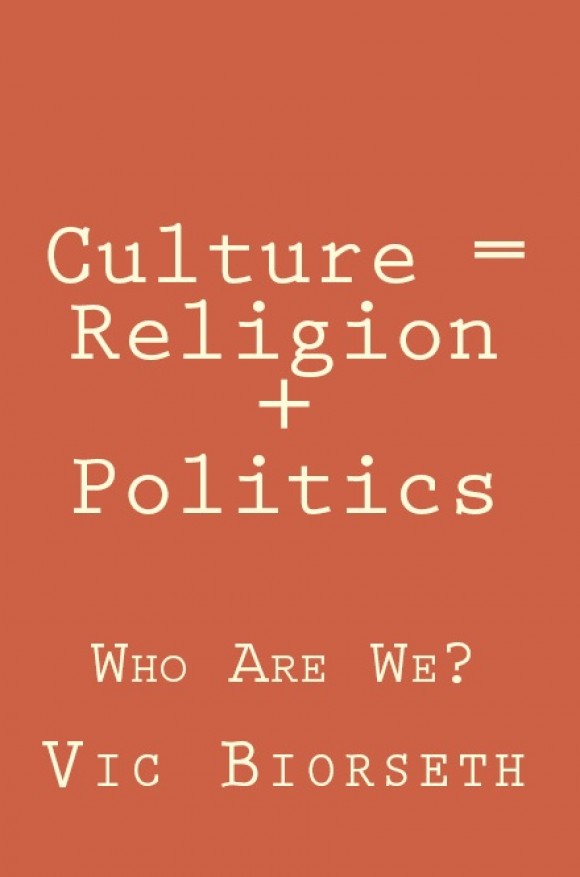 Catholic writer Vic Biorseth has coined the term “Crony Catholicism” to describe how the American branch of the Roman Catholic Church has been working hand-in-glove with the Obama administration, even assisting in what he calls “the advance of Islam in America at the expense of Christianity.” Biorseth is among a growing group of American Catholics who have become disillusioned with the liberal trends in the church and have turned to the use of new media, including blogs, to sound the alarm.

A self-described “old time Catholic” stirred to a major renewal in faith by the anti-communist Pope John Paul II, Biorseth was rejected for the local Diaconate for being “too rigid” in his religious views. He has written a book, Culture = Religion and Politics: Who Are We?, describing the decline of America and how the country can be saved from the Marxist, atheist and Islamic forces trying to destroy it. He dedicates the book to the truth, his wife, and “to the America that was, and that can be again.”

The book looks at the history of America and the West and argues that our success as a nation has been based on Judeo-Christian values, now under sustained assault by the President of the United States, referred to as “Comrade Obama, peace be upon him.” The phrase “peace be upon him” is an Arabic phrase often used to refer to a prophet of Islam. Alluding to Obama’s Marxist tendencies, Biorseth also refers to the President’s approach as “Obamunism.”

In terms of the presidential race, Biorseth praises GOP candidate Donald Trump for making illegal immigration a major national issue and declares, “I don’t like him, but I love what he is doing. He is taking on and doing damage to two exceptionally destructive movements in America: 1. The political correctness movement. 2. The mainstream news media.”

In a list of recommendations for saving America, he calls for “taking down the news media” and opening up new lines of communication for private citizens that include “free, open and unlimited publishing and broadcasting of ideas and opposing arguments…” Indeed, his book, which is self-published throughCreateSpace, an Amazon company, is an example of how ordinary citizens are taking matters into their own hands.

He doesn’t spare his own church from scrutiny, exposing what he calls Marxist and homosexual elements on the verge of becoming a “controlling force,” even in the U.S. Conference of Catholic Bishops. An avid listener to Rush Limbaugh’s radio show, Biorseth credits the national conservative radio host for covering significant stories ignored by the liberal media, including the recent reports that a secret cabal of Cardinals had forced Pope Benedict to resign, in order to make the leftist Francis the pope.

He faults Francis, during his address to Congress, for citing Dorothy Day among four historical American figures. Biorseth calls her a “Catholic Communizer” who did not belong in the company of figures like Abraham Lincoln. He says Francis, in his remarks, also seemed to favor Obama’s immigration program that is designed to help the “Marxocrat Party” and diminish American sovereignty over its own borders.

What he found most appalling about the address, Biorseth says, was what Francis did not say. He says Francis did not address the “Culture of Death” of abortion and sexual perversion that has been given a stamp of approval by members of the U.S. Supreme Court and others who were in his audience.

At his “Catholic American Thinker” website, referring to our latest blockbuster revelations about how the Obama administration is funding the pro-Muslim immigration programs of the U.S. Conference of Catholic Bishops, Biorsethwrites, “Could you ever imagine that Catholic Bishops would ever bring in illegal Moslems while closing Catholic Parishes? Well, you don’t have to imagine it.” He notes the evidence in our column of how Catholic Churches are closing, mostly across the Northeast, while the Bishops are getting federal funds to settle Muslims from the Middle East in American communities.

Citing one dramatic example, he notes how Holy Trinity Roman Catholic Church in Syracuse, New York, was closed down, and then leased to an Islamic society which renamed it “Mosque of Jesus the Son of Mary,” or Masjit Isa Ibn Maryam. Biorseth comments, “All the crosses were replaced with copper crescent moons, in favor of the moon Mohammed worshiped before he invented Islam.”

Holy Trinity Catholic Church in Syracuse had been built by German immigrants 100 years ago. The church was closed in 2010 and taken over by a Muslim group, which removed six crosses from the steeples in order to turn it into a mosque.

Answering the question in the title, “Who are we?” Biorseth answers, “We are a Christian nation, from our birth.” In order to save the country, he advises, “Get off the couch. This ain’t no pleasure cruise…You make culture. You are the root of culture…Lead the way. Show others how to do it. Show others who we are. Restore Western civilization. That is your calling, and you are the only one who can do it.”

Vatican adviser Jeffrey Sachs says the Pope will be attacking the “American idea” of a right to life, liberty and the pursuit of happiness when he speaks to Congress in September. We talk with Vic Biorseth of CatholicAmericanThinker.com about the ominous and dangerous developments within the Roman Catholic Church. Vic is a traditional Catholic who believes Pope Francis is a Marxist. But will Francis change church teachings on faith and morals? Will America and the world survive this pope?