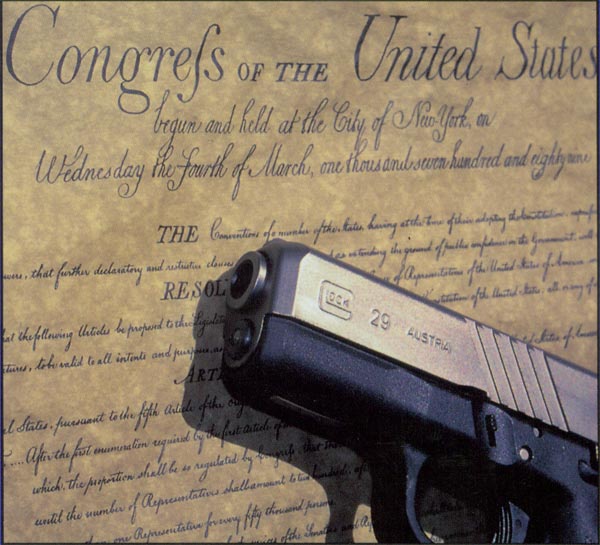 251 members of the House and 58 Senators including Harry Reid

Fairfax, Va. — An overwhelming, bipartisan majority of members of the U.S. House of Representatives and the U.S. Senate have signed an amicus curiae, or “friend of the court,” brief supporting the NRA’s position that the Second Amendment is incorporated against the states through the Fourteenth Amendment. The amicus brief, bearing the signatures of 251 Members of Congress and 58 Senators, was filed with the U.S. Supreme Court today in the case of McDonald v. City of Chicago.

Last week, the NRA filed its brief with the Supreme Court as Respondent in Support of Petitioner in the McDonald case. The NRA brief asks the Court to hold that the Second Amendment applies to state and local governments through the Fourteenth Amendment.

“The framers of the Bill of Rights and of the Fourteenth Amendment never intended for the Second Amendment to apply only to some Americans in certain places. Gun owners across the country are grateful for the support that so many members of Congress are lending to this crucial effort to ensure that the Second Amendment applies to states, not just federal enclaves,” said Chris W. Cox, NRA chief lobbyist. “I would especially like to acknowledge the outstanding efforts of former United States Solicitor General Paul Clement in authoring this historic amicus brief, as well as U.S. Senators Kay Bailey Hutchison (R-TX) and Jon Tester (D-MT), and Congressmen Mike Ross (D-AR) and Mark Souder (R-IN) for their work on this important effort. This brief boasts the most signers of a congressional amicus brief in the history of the Supreme Court — breaking the record set just last year in the Heller case.”

In September, the Court agreed to consider the McDonald case, on appeal from the U.S. Court of Appeals for the Seventh Circuit. That court incorrectly claimed that prior Supreme Court precedent prevented it from holding in favor of incorporation of the Second Amendment. The NRA believes the Seventh Circuit should have followed the lead of the Ninth Circuit Court of Appeals’ decision in Nordyke v. King, which found that Supreme Court precedent does not prevent the Second Amendment from applying to the states through the Fourteenth Amendment’s Due Process Clause. As a party in McDonald, the NRA is actively involved in this case and believes the NRA brief makes a clear and strong case in favor of incorporation of the Second Amendment. Cox concluded, “It is our sincere hope that the Supreme Court will follow the Constitution’s true meaning and hold that the Second Amendment applies to all law-abiding Americans.”

Chicago has had a handgun ban and other restrictive gun laws in place for 27 years. The Supreme Court is expected to hear the McDonald case in February 2010.

Established in 1871, the National Rifle Association is America’s oldest civil rights and sportsmen’s group. Four million members strong, NRA continues its mission to uphold Second Amendment rights and to advocate enforcement of existing laws against violent offenders to reduce crime. The Association remains the nation’s leader in firearm education and training for law-abiding gun owners, law enforcement and the military.