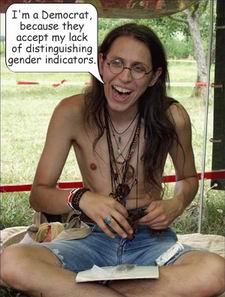 While Americans are still stinging from the slap in the face we received from President Obama’s condescending scolding late Friday evening, Senator Harry Reid (D-NV) released a statement indicating that the Ground Zero “mosque should be built someplace else.” Color me surprised!

Up to now, Harry Reid has been in lock-step with President Obama and Nancy Pelosi as they’ve rammed every bit of their intensely unpopular agenda down our throats to transform America. So what’s up?

Could it be Reid’s poll numbers? Despite his huge treasure chest of campaign funds from the Democratic Party, he is virtually tied with Sharon Angle as the November election nears, so it appears that Reid may be starting his campaign in earnest. A fitting campaign slogan – “PANDERING YOU CAN BELIEVE IN!”

Nearly 70% of all Americans do not support the Ground Zero mosque; 56% of Democrats do not support it. We heard the President say from the White House at the Ramadan celebration, that the Muslim community has a right to build a mosque, but it’s what he said next that made it crystal clear he’s talking about a mosque at the site of Ground Zero…

“That includes the right to build… IN LOWER MANHATTAN …”

President Obama’s words were crafted in advance and his speech was released 1 hour prior to the event. He knew exactly what he wanted to say and how he wanted to say it. His delivery was sharp, condescending and cutting. Masterful tone and inflections left no doubt that this man, this President, is accusing the American people of being intolerant and his lecture sent a clear message that he intends to ram the Ground Zero mosque down America’s throat. His disloyalty to America and her citizens couldn’t be more visible.

By Saturday morning, when no longer surrounded by the Muslim delegates who attended the Ramadan celebration and applauded and approved of what he said, he changed what he originally said with this….

“…I will not comment on the wisdom of making a decision to put a mosque there.”

Did the President realize the fire storm he created when he came out in full support of the Ground Zero mosque? On Friday night he made his support for the mosque crystal clear, as well as his disdain for America – the shrew he intends to tame. So why the change?

He’s a very intelligent person… the media reminds us of this everyday. While the President, Imam Rauf and a few others vehemently push for construction of the Ground Zero mosque, they continue to tell us that Islam is a religion of peace and this mosque will build a bridge for Muslims to reach out to Americans and promote tolerance. Can it be that they’ve underestimated the intelligence of the American people?

Governor Sarah Palin brought forth the most intelligent point I’ve heard thus far… Why haven’t the 100 mosque’s that already exist throughout New York City started this outreach? When we consider what she’s pointed out, it completely dissolves the President’s and Imam’s position that the mosque is needed for the purpose they claim.

The 100 mosques have been in place since 9/11/01 and – nearly 10 years later – have done nothing in the way of outreach and a show of tolerance. It’s looking more and more like the true motive behind building this mosque is to enable politically organized Muslims to mark their territory of conquest as they have done time and again in other countries.

Never before has America had a President more versed in the tenants of Islam as set forth by the Qur’an. President Obama openly states his knowledge of Islam; he tells us that his father was a Muslim and he comes from generations of Muslims.

This brief video shows the President professing his knowledge of Islam on 3 continents and he’s clearly able to quote the Qur’an. President Obama knows Islam intimately.

Fully versed in the teachings of Islam, President Obama and Imam Rauf continue to deliver the talking point that Islam is a religion of peace. The Ground Zero mosque controversy has led many Americans to take a closer look to educate themselves about the foundation and teachings of Islam as it relates to politically organized Muslims who pursue the Islamic political ideology.

Prominent Muslim leader Imam Anjem Choudary states that Islam is not a religion of peace and the Qur’an “is full of – Jihad is the most talked about duty in the Qur’an. Nothing is mentioned more than the topic of fighting.” Imam Choudary wants Islamic Sharia Law to rule the UK and is working to make that dream a reality. His organization, Islam4UK, was recently banned in Britain under the countries counter-terrorism laws.

If Islam is not a religion of peace, why would the President, Imam Rauf, politicians and pundits promote this talking point in order to further the case for building the Ground Zero mosque?

Pundits like Penny Lee and Mike Papantonio who appeared on The O’Reilly Factor on Monday, August 16, can be given a pass for their ignorance about Islam and we’ll assume that most politicians have not done their due diligence to learn about Islam either – despite the attacks on U.S. soil that massacred 3,000 innocent American civilians on 9/11/01 – but President Obama and Imam Rauf have intimate knowledge of Islam. So why would Imam Rauf tell Americans one thing, but as has been extensively reported, tell Arabs something different?

TAQIYYA, according to the Qur’an, instructs Muslims to lie to non-Muslims about their beliefs and political ambitions to protect and to spread Islam. Muslims are allowed to deceive non-Muslims if it helps Islam.

IS PRESIDENT OBAMA LOYAL TO AMERICA ?… OR TO SOMEONE ELSE?

Review – Three things about Islam that you need to know: