Hi all – just a quick note to say that a 7.1 Earthquake hit Christchurch, New Zealand at 4:35 am this morning. Power and water is out through much of the city. My family and I are safe. Here is a news story on the quake. 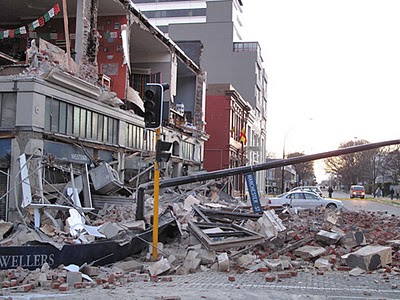 Solid aftershocks are still coming through. Thanks to everyone for their messages and prayers. 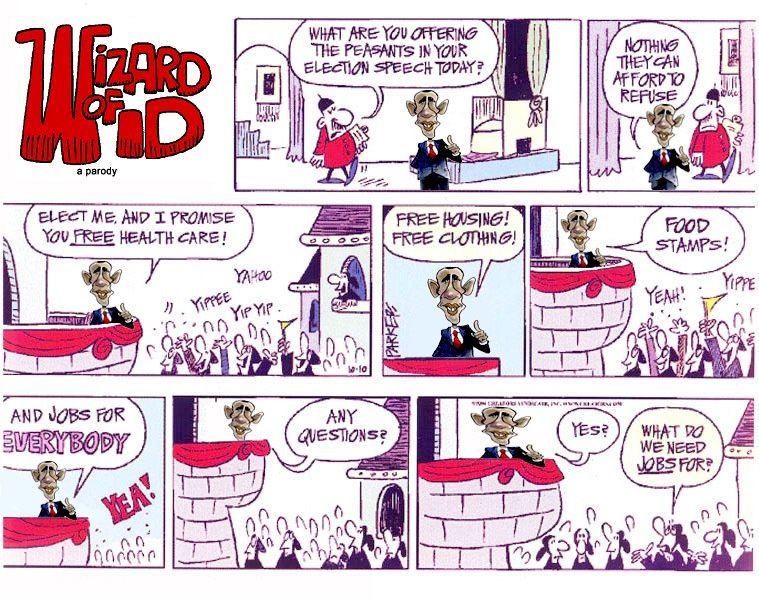 Wednesday evenings is reserved for the 11 year-old Boy Scouts and this week’s lesson was an introduction to Orienteering, a chance to see if these young men understood how to use a compass and work with a map. I figured their imagination would kick in if I told them they were looking for treasure, kind of like finding a pirate’s map tucked away behind an old picture at a garage sale; remarkable how being the oldest 11 year-old in the group makes my job so much easier.

Pirate maps are hard to come by, so I took some time off in the middle of my work day to swing by the church in order to create an Orienteering course for the boys to use that evening. My sister sent me an inexpensive compass several years ago and all I needed was to map out a path which could be followed using easily identifiable landmarks.

There I was charting how many paces ESE, then 23 paces N and so on, my wandering around both inside the church and along the parking lot next to the softball field, when a friend took notice of my activity. We talked about how much the boys would learn from the experience and it was then my friend reminded me of how it helped him when he was in the military.

He’d been involved in scouting early in his life and knew how to read contour lines marking elevation changes. The lessons he’d learned as a young man helped him understand map notations and how to measure distances in rough terrain. Orienteering skills have value long after the boys leave the Scouting program.

I too remembered having used some of the same skills while on a combat course in the Army. It was a long time ago and most of the details elude my memory. One lesson learned on the combat Orienteering course came to mind almost immediately; make sure you finish the course.

The team of soldiers I worked with did an excellent job navigating through planned distractions and pitfalls. We spotted all the booby traps, snipers and charted a safe path through hostile territory for our patrol. Our field training officer congratulated us for having accomplished our mission; collecting our clear plastic visors and ear protectors as he directed us to a table where we would be debriefed.

We collectively breathed a healthy sigh of relief as we walked down the path leading to the table; we’d relaxed a little early. One of us caught a trip wire and set off an ear crippling blast that sent us all to the ground. The lesson our field training officer wanted to drive home, “It ain’t over until you’re home sleeping in your own bed.”

The Scouts all laughed as the story was told and they eagerly lined up, map and compass in hand, to find the pirate’s treasure. The directions had been written in paces rather than standard distances so I explained how they would need to figure out how much distance was involved, either walking or running since that would alter things considerably.

It was fun watching them huddle up around the compass holder, some wandering one way while the rest bolted along a different compass heading. This was a team event and they all had to work together, sometimes going back nearly to the starting point to figure our where they’d gone astray.

Eventually they found the “X” on the map; but were confused, “So, where’s the treasure?” A couple of the boys were wandering all over the softball field while others moved a large chunk of tree limb thinking it might be hidden underneath.

One boy asked about the instructions on the map as he read aloud, “Look around for treasure, have key handy. What key?” I smiled and reached into my pocket for my keys. I’d placed an old padlock halfway up the chain link fence for them to find. All the boys were excited at having turned the key in the padlock.

“What kind of treasure do we get?,” a reasonable question.

“Knowledge.” I went on to explain how these skills would be handy later in life. I then explained that I’d brought Tootsie Roll Pops as a special treat; each boy got to finish the evening with a bit of tangible satisfaction.

Are we all not on a similar Orienteering course, this mortal journey taking us through rough terrain with pitfalls and snares? Just when we think we’ve made it, up pops yet another challenge. Many have trouble and wish they had better instructions while others complain the instructions are vague or don’t seem to apply to their specific problems. Some don’t even know where to find these instructions. A few grow complacent as they near what they perceive to be their goal, a Life of Riley, free from the rat race where it’s time to relax, enjoy the fruits of their labors.

Many relax too soon, not having learned the lesson, “It ain’t over until you’re home sleeping in your own bed.” The doctrine might be more familiar if I changed the wording a bit, “Endure to the end.” Our compass is the Iron Rod and our map, the scriptures.

We are promised great blessings if we endure to the end, follow the commandments and learn to do things the Lord’s way. Isn’t it amazing what you can learn from a simple Boy Scout lesson on Orienteering? You’ll have to get your own Tootsie Roll Pop; mine were spoken for, oh well.

A German economist bemoans the decline of Americanism

Could A Family Of Four Possibly Live On $50K These Days?

Bernanke Out of Bullets, But Not Bombs

Paolo Pelligrini’s Parting Shot: The US Government Continues To Dig The Hole Deeper

30 Statistics That Prove The Elite Are Getting Richer, The Poor Are Getting Poorer And The Middle Class Is Being Destroyed

Meltdown of the climate ‘consensus’

Roubini: More than 400 US Banks Will Fail

Morning Bell: The Audacity of Failure

New Study Says Cash for Clunkers Was … a Clunker

How Obama Mis-Spent His Summer Vacation

Roubini: Get Used To It, The Miserable US Consumer Will Drag The World Down (Hat Tip: Jean Stoner)

Rahm Emanuel Gets One Right

How Hyperinflationary Hell – and Commodity Heaven – Will Happen (Before the End of 2011!) (Hat Tip: Brian B.)

Tell Obama and Congress to Halt The Assault on Small Business

Obama Doesn’t Regret Calling it ‘Recovery Summer’ — And Why Should He?

Labor Sec. Declares: ‘There are jobs out there’

TREASURY HEAD RUSHES BACK FROM VACATION; AIDES SEARCH FOR OTHER JOBS PACKAGE

120 Days to Go Until Largest Tax Hikes in History

HE NEEDS A VACATION: OBAMA TO CAMP DAVID

‘WE’RE MOVING IN THE RIGHT DIRECTION’

Obama Teacher Props: Jobs Saved But Not By Legislation

Oil Should Be Around $10 a Barrel: Analyst.

The Death Of Cash? All Over The World Governments Are Banning Large Cash Transactions.

Harrisburg, Pennsylvania defaulting on its bonds.

Manufacturing in US and Aboard Lifts Economy

July Unemployment Up in About Half of US Cities

US Markets Suffer Worst August in Almost a Decade

The U.S. Path to Collapse 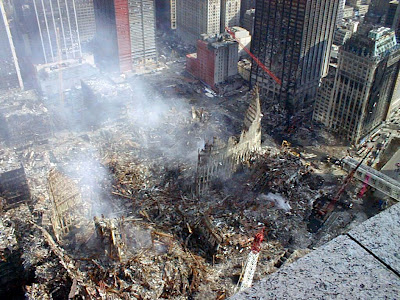 According to Joel Wendland, himself an army veteran and editor of the Communist Party USA news site Peoples’ World, the organization VoteVets.org, believes that the proposed mosque should be supported on Constitutional grounds and will serve to enhance U.S. national security in the long term.

According to an August 26 Wendland article in the World:

Authored by VoteVets.org, an organization that advocates for veterans’ issues and supports veterans for elected office, the letter urged the Park 51 organizers not to abandon the project.

In addition the letter asked the group to circulate the letter to any interested party,” so they know that veterans like us see this as an important issue of our very Constitution and our national security.”

The veterans cited their sworn oath as members of the military “to uphold the Constitution” as a basic reason for their support for the project.

The letter noted the hypocrisy of the opponents of the project:

“For all the talk these days from some quarters about the importance of protecting the Constitution and allowing the free market to work unfettered, those same people are fighting against your community’s right to buy property and worship freely. Our duty to protect the Constitution didn’t end when our service did. It’s up to us to stand up for the right for all Americans to enjoy the Constitutional freedoms that so many around the world don’t have. So, we are standing up for you.”

Protection of the rights of all Americans to practice their faith in the manner of their choosing would also “deal a blow to the propaganda of al Qaeda and Islamist extremists, who recruit on the talking point that the United States is in a war against Islam.”

Finally, the letter noted that taking a stand on behalf of the Constitution promotes the safety of U.S. military forces abroad.

For the full statement go here.

Who are these patriots, taking such a noble stand for the U.S. Constitution and the safety and security of America’s troops and citizenry?

While professing to be a non-partisan group, it appears that almost all of VoteVets.org’s supported candidates are Democrats. The group’s Political Action Committee is charged with seeking to elect Iraq and Afghanistan Veterans to public office – “regardless of party.”

Also, many VoteVets.org personnel have ties to the Obama Administration, the Democratic Party, the Democrat aligned and the George Soros funded Center for American Progress and in one case, directly to the Soros Open Society Institute.

At least four members of VoteVets.org’s Board of Advisors are also involved with the Center for American Progress:

The “Ground Zero Mosque” issue has divided America. Pro mosque “progressives” are on the defensive against a huge groundswell of public opinion against the project.

Is the call by VoteVets.org, for Park 51 to go ahead, a genuine attempt to shed light on the issue by calling for tolerance and extending an olive branch to moderate Islam?

Or is it a cynical ploy by the Obama Administration and its allies, to take some heat out of the issue, by using “veterans” as cover for what is essentially a “progressive” agenda?

Americans rightly respect their veterans and tend to listen to their opinions. Would the public be happy to know that VoteVets.org was connected to both President Barack Obama and the not-so-popular George Soros?

Do they really want to be on the same side as the Communist Party USA on this issue?

The former servicemen and women of VoteVets.org are genuine veterans, but are their paymasters genuine patriots?

Should VoteVets.org’s opinions on this issue be respected? Or should Americans view them as little but cynical propaganda from quarters who have previously shown little regard for the U.S. Constitution, national security, or the well-being of American troops in the field?