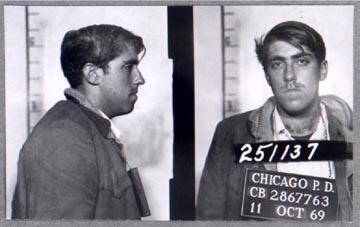 Mark Rudd is a former leader of the terrorist Weather Underground in which he worked closely with Bill Ayers and Bernardine Dorhn.

In a recent Washington Post commentary on the Arizona killings, Mark Rudd admits he was complicit in the planned bombing of an NCO’s dance at Fort Dix, New Jersey in 1970 – an act that if it had succeeded, may have killed many young soldiers and their dates.

In 1970, when I was 22 years old – the same age as Jared Loughner – I was a founder of the Weather Underground, an offshoot of the antiwar group Students for a Democratic Society. That spring, a small contingent of the Weathermen, as we were known, planned to plant three pipe bombs at a non-commissioned officers’ dance at Fort Dix, N.J. Our intention was to remind our fellow Americans that our country was dropping napalm and other explosives on Vietnam, killing hundreds of thousands of civilians. I wasn’t among the bomb makers, but I knew what was in the offing, and to my eternal shame, I didn’t try to stop it.

I considered myself an agent of necessity in a political revolution. I’m not sure if Loughner, who seems to suffer from mental illness, can be considered an agent of anything. But I’m sure that if, as alleged, he pulled the trigger, he had convinced himself that he was doing what needed to be done.

At his age, I had thought myself into a similar corner. My willingness to endorse and engage in violence had something to do with an exaggerated sense of my own importance. I wanted to prove myself as a man – a motive exploited by all armies and terrorist groups. I wanted to be a true revolutionary like my guerrilla hero, Ernesto “Che” Guevara. I wanted the chant we used at demonstrations defending the Black Panthers to be more than just words: “The revolution has come/Time to pick up the gun!”

On March 6, 1970, the Weather Underground’s bombs, assembled in a New York townhouse, exploded prematurely. Ted Gold, Diana Oughton and Terry Robbins – three brilliant and passionate young people who had decided that they must become terrorists – were killed. Only by their deaths was the greater tragedy we were plotting avoided. Emotionally shattered, I dropped out of the Weather Underground but remained a fugitive until 1977.

After I turned myself in, I spent the next 25 years trying to figure out why I had made so many disastrous decisions as a young man. One of my conclusions was to pursue only nonviolent action – righteous action still, but without anger or brutality.

The key phrase here is “righteous action still.” Mark Rudd still believes that revolution is still right, but that violence (at the wrong time) is counterproductive.

In 2006-2008, Mark Rudd was a leader of the Movement for a Democratic Society, a new network originally formed to support a modern version of the S.D.S. 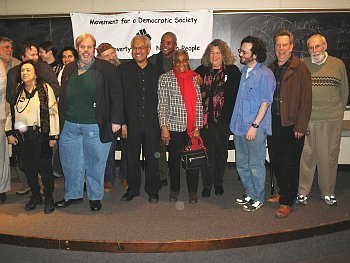 Working with Rudd in M.D.S. were his old Weatherman pals Bill Ayers, Bernardine Dohrn and Jeff Jones, as well as a whole bunch of Marxists from Democratic Socialists of America, Communist Party USA and Committees of Correspondence for Democracy and Socialism.

Rudd saw in Obama, as did his friends Ayers, Dohrn and Jones, a new vehicle for the revolution. A revolution that they could do with stealth and sweet words what they had failed to accomplish with riots and bombs.

In a November 2008 letter to the radical Rag Blog, November 27, 2008, Rudd revealed the revolutionary end game – the consolidation of power, to the point that stealth socialists could begin to dismantle the number one block to world revolution – the U.S. military.

Obama is a very strategic thinker. He knew precisely what it would take to get elected and didn’t blow it…But he also knew that what he said had to basically play to the center to not be run over by the press, the Republicans, scare centrists and cross-over voters away. He made it.

So he has a narrow mandate for change, without any direction specified. What he’s doing now is moving on the most popular issues — the environment, health care, and the economy. He’ll be progressive on the environment because that has broad popular support; health care will be extended to children, then made universal, but the medical, pharmaceutical, and insurance corporations will stay in place…the economic agenda will stress stimulation from the bottom sometimes and handouts to the top at other times. It will be pragmatic… On foreign policy and the wars and the use of the military there will be no change at all. That’s what keeping Gates at the Pentagon and Clinton at State and not prosecuting the torturers is saying.

And never, never threaten the military budget. That will unite a huge majority of congress against him.

Obama plays basketball. I’m not much of an athlete, barely know the game, but one thing I do know is that you have to be able to look like you’re doing one thing but do another. That’s why all these conservative appointments are important: the strategy is feint to the right, move left. Any other strategy invites sure defeat. It would be stupid to do otherwise in this environment.

Our job now is to organize both inside and outside the Demo party. There’s already a big battle in the Demo party at every level. Here in the New Mexico State Legislature, the progressives are challenging the conservative Dems for leadership; the same is true in Congress. If you can’t stand to work in the party, work on putting mass pressure on issues such as healthcare and jobs and the war from outside.

A young Mark Rudd visited Cuba for four weeks in 1968.

Mark met young Cubans in positions of responsibility such as running schools and farms and medical institutions who were fired up with revolutionary enthusiasm: they were remaking society along non-capitalist lines, creating socialism! Meeting with Vietnamese delegates in Cuba, he learned about the nature of the resistance to American aggression, that these people believed they would inevitably drive the Americans from their country, no matter how long it took. As if to prove their point, the Tet Offensive was raging at the time in Vietnam, giving the lie to the American military’s claims that they were winning the war. His group was told by a Vietnamese diplomat in Havana, “The American people will eventually tire of the war and the troops will have to be withdrawn.”

According to the F.B.I., Mark Rudd’s trip to Cuba also involved training in camps set up by Soviet K.G.B.’s Colonel Vadim Kotchergine.

Mark Rudd was at that time part of an international movement, dedicated to the victory of communist forces over the United States of America. There is no evidence that Rudd has ever wavered from that goal.

Now, in the third year of recession, we have peace marchers in the streets demanding cuts in military spending, in order to maintain social spending. 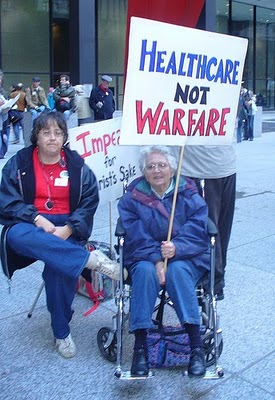 The U.S. has a president in the White House happy to negotiate nuclear deals with Moscow, that put the Russians at a big advantage.

Is this all coincidence, or is Mark Rudd a small part of a plan that was hatched many years ago in Moscow and Havana?