Sane nations do not willingly surrender a position of superior military strength to potential enemies for no reason.

Why then did the U.S. Senate recently sign START 2 with Russia, despite a long record of blatant and persistent cheating by Moscow? 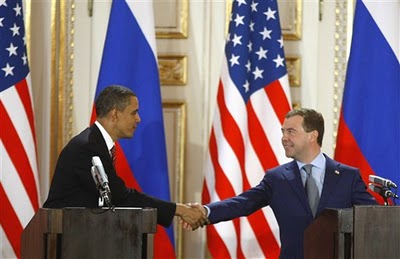 The United States has signed several nuclear disarmament treaties with the Soviet Union/Russia, always from an ever decreasing position of superiority. Always Moscow has gained and Washington lost ground.

Why has Washington always conceded advantages to Moscow when there was absolutely no necessity to do so? The blunt answer? Because U.S. policy makers have been persuaded to do so, by American citizens who’s loyalty to their home country is questionable. 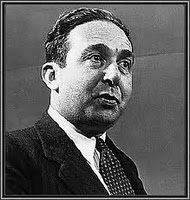 One of the most influential leaders of the U.S. disarmament lobby was former nuclear physicist and Manhattan Project scientist Leo Szilard.

In 1962, two years before his death, Leo Szilard founded a little known organization that would come to have a huge impact on U.S. defense capabilities; the Council for Abolishing War, now known as the Council for a Livable World.

In the early 1960s, Szilard sought a way to influence U.S. defense/disarmament policies at the highest levels. In 1962, he founded the Council for Abolishing War to raise money for U.S. Senators who favored arms-control treaties. By Szilard’s calculus, all states had two Senators, so votes came cheapest by supporting campaigns in the least populous states. The Council’s first successful candidate was Sen. George McGovern from South Dakota.

Today the Council supports candidates from all states and the House of Representatives as well.

It was America’s first and most successful Political Action Committee for arms control and disarmament.

But who was this man who sought to buy his way into the heart of U.S. defense policy making?

Leo Szilard was born in Hungary in 1898.

In Budapest during the 1919 Bela Kun Hungarian Soviet Republic, Szilard founded a socialist student’s association to “help clarify political and economic issues.” The Hungarian Association of Socialist Students distributed a pamphlet on tax and monetary reform purportedly written by Szilard. 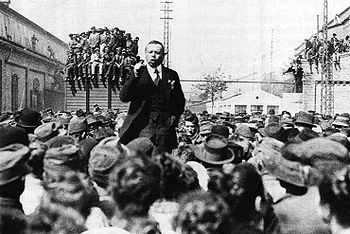 Leo Szilard was an enthusiastic supporter of Bela Kun’s communist regime. When Kun’s government fell, the backlash against communists and Jews persuaded Szilard to leave Hungary for Berlin. there he was involved in a study group dedicated to analyzing Soviet affairs.

In London in the 1930s, Szilard helped organize the Academic Assistance Council to aid refugee scholars. He also proposed enlisting Nobel laureates to protest Japan’s invasion of Manchuria, the first time the group was politicized in this way. Both causes were legitimate, but both were also heavily infiltrated by communists and sympathizers. 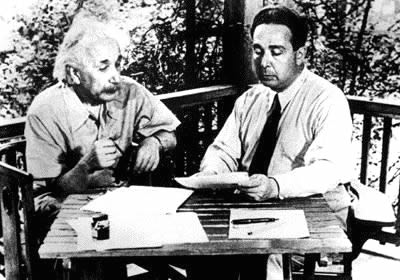 Their letter prompted Roosevelt to convene a federal Advisory Committee on Uranium (with Hungarian physicists Eugene Wigner, Edward Teller and Szilard as members) that promised money for Enrico Fermi and Szilard to conduct chain-reaction experiments at Columbia University.

But when this funding from Washington hadn’t materialized by the spring of 1940, Szilard enlisted Einstein in an effort at political blackmail. He drafted for Einstein a letter warning the White House that if those funds were not forthcoming, Szilard would publish a paper detailing just how a chain reaction in uranium could work. Soon, Fermi and Szilard received their money.

By 1942, Szilard was working on the Allied effort to develop the Atomic Bomb – the Manhattan Project.

However, Szilard was already under suspicion.

General Groves, head of the Project declared Szilard to be detrimental to the project and that he should be arrested and interned for the duration of the Second World War. 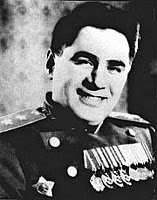 According to Pavel Sudoplatov, former wartime director of the Administration for Special Tasks, an elite unit of the Soviet intelligence service; Leo Szilard, Robert Oppenheimer and Enrico Fermi knowingly supplied information to Soviet contacts during their work on the Manhattan Project.

The most vital information for developing the first Soviet atomic bomb came from scientists engaged in the Manhattan Project to build the American atomic bomb – Robert Oppenheimer, Enrico Fermi, and Leo Szilard.”

Oppenheimer, Fermi, Szilard, and Szilard’s secretary were often quoted in the NKVD files from 1942 to 1945 as sources for information on the development of the first American atomic bomb. It is in the record that on several occasions they agreed to share information on nuclear weapons with Soviet scientists. At first they were motivated by fear of Hitler; they believed that the Germans might produce the first atomic bomb. Then the Danish physicist Niels Bohr helped strengthen their own inclinations to share nuclear secrets with the world academic community. By sharing their knowledge with the Soviet Union, the chance of beating the Germans to the bomb would be increased.”

As early as 1940, a commission of Soviet scientists, upon hearing rumors of a superweapon being built in the West, investigated the possibility of creating an atomic bomb from uranium, but concluded that such a weapon was a theoretical, not a practical, possibility. The same scientific commission recommended that the government instruct intelligence services to monitor Western scientific publications …

We were able to take advantage of the network of colleagues that Gamow had established. Using implied threats against Gamow’s relatives in Russia, Elizabeth Zarubina pressured him into cooperating with us. In exchange for safety and material support for his relatives, Gamow provided the names of left-wing scientists who might be recruited to supply secret information. …”

Another route was from the mole who worked with Fermi and Pontecorvo. The mole in Tennessee was connected with the illegal station at the Santa Fe drugstore, from which material was sent by courier to Mexico. The unidentified young moles, along with the Los Alamos mole, were junior scientists or administrators who copied vital documents to which they were allowed access by Oppenheimer, Fermi, and Szilard, who were knowingly part of the scheme.

We received reports on the progress of the Manhattan Project from Oppenheimer and his friends in oral form, through comments and asides, and from documents transferred through clandestine methods with their full knowledge that the information they were sharing would be passed on. In all, there were five classified reports made available by Oppenheimer describing the progress of work on the atomic bomb.”

Not only were we informed of technical developments in the atomic program, but we heard in detail the human conflicts and rivalries among the members of the team at Los Alamos. A constant theme was tension with General Groves, director of the project. We were told of Groves’s conflicts with Szilard. Groves was outraged by Szilard’s iconoclastic style and his refusal to accept the strictures of military discipline. The “baiting of brass hats” was Szilard’s self-professed hobby. Groves believed that Szilard was a security risk and tried to prevent him from working on the Manhattan Project despite Szilard’s seminal contribution to the development of the first atomic chain reaction with Fermi. … 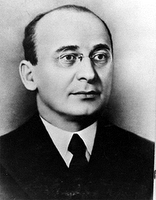 After our reactor was put into operation in 1946, Beria issued orders to stop all contacts with our American sources in the Manhattan Project; the FBI was getting close to uncovering some of our agents. Beria said we should think how to use Oppenheimer, Fermi, Szilard, and others around them in the peace campaign against nuclear armament. Disarmament and the inability to impose nuclear blackmail would deprive the United States of its advantage. We began a worldwide political campaign against nuclear superiority, which kept up until we exploded our own nuclear bomb, in 1949. Our goal was to preempt American power politically before the Soviet Union had its own bomb. Beria warned us not to compromise Western scientists, but to use their political influence.

Comrade Beria’s advice turned out to be sound. Szilard’s usefulness to the Soviet cause only increased after the War.

One of Szilard’s first projects was the strongly pro-disarmament Federation of American Scientists, started with former communist and alleged spy Philip Morrison and communist sympathizer Harold Urey. F.A.S. was founded in 1945 with a membership of more than 2,000 scientists and an advisory panel that included several more communists or sympathizers, including Robert Oppenheimer, Harlow Shapley and Edward U. Condon, a known associate of several Polish embassy officials.

Leo Szilard was, co-organizer of the first Pugwash conference in 1957; a major series of gatherings involving Western and East Bloc scientists, diplomats and politicians. 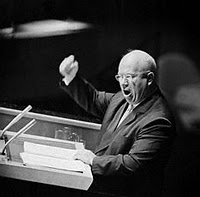 In 1960, Szilard gained a private audience with Soviet Premier Nikita Khrushchev in New York City. During their two-hour conversation, Szilard gained the Soviet leader’s assent for a Moscow-Washington “hot line” to help prevent accidental nuclear war. As a gift, Szilard brought Khrushchev a new razor and promised to send him blades as long as there is no war. “If there is war,” said Khrushchev, “I will stop shaving. Most other people will stop shaving, too.”

Szilard was also an early affiliate of the far left and pro-disarmament Washington DC based think tank, the Institute for Policy Studies – once described by British security expert Brian Crozier as the “perfect intellectual front for Soviet activities which would be resisted if they were to originate openly from the K.G.B.”

Leo Szilard died before his attempts to influence U.S. disarmament policies came to fruition, but bear fruit they did.