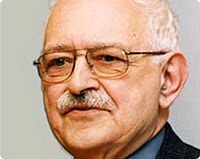 One of the U.S.’s leading academic Marxists, Immanuel Wallerstein, was one of 60-100,000 people attending the the communist organized World Social Forum in Dakar, Senegal from Feb. 6-11, 2011.

Wallerstein wrote: “The World Social Forum, Egypt and Transformation,” for Commentary No. 299 15. February 2011:

By unforeseen coincidence, this was the week of the Egyptian people’s successful dethroning of Hosni Mubarak, which finally succeeded just as the WSF was in its closing session. The WSF spent the week cheering the Egyptians on – and discussing the meaning of the Tunisian/Egyptian revolutions for their program of transformation, for achieving another world that is possible – possible, not certain.”

To hold such an event, the WSF requires strong local social movements (which exist in Senegal) and a government that at least tolerates the holding of the Forum. The Senegalese government of Abdoulaye Wade was ready to “tolerate” the holding of the WSF, although already a few months ago it reneged on its promised financial assistance by three-quarters.”

But then came the Tunisian and Egyptian uprisings, and the government got cold feet. What if the presence of the WSF inspired a similar uprising in Senegal? The government couldn’t cancel the affair, not with Lula of Brazil, Morales of Bolivia, and numerous African presidents coming…

Was the Senegalese government right to be so frightened of the WSF? The WSF itself debated how relevant it was to popular uprisings in the Arab world and elsewhere, undertaken by people who had probably never heard of the WSF? The answer given by those in attendance reflected the long-standing division in its ranks. There were those who felt that ten years of WSF meetings had contributed significantly to the undermining of the legitimacy of neoliberal globalization, and that the message had seeped down everywhere…

There was nonetheless one underlying complaint among those in attendance. People said correctly we all know what we’re against, but we should be laying out more clearly what it is we are for. This is what we can contribute to the Egyptian revolution and to the others that are going to come everywhere…

For the moment, all eyes are on the Arab world and the degree to which the heroic efforts of the Egyptian people will transform politics throughout the Arab world. But the tinder for such uprisings exists everywhere, even in the wealthier regions of the world. As of the moment, we are justified in being semi-optimistic.

The “semi-optimistic” revolutionary Immanuel Wallerstein should be taken seriously. Wallerstein is very well connected internationally. He was once even affiliated with the Soviet era U.S.S.R. Academy of Sciences.

In 2008, Wallerstein was one of several Marxists to support Progressives for Obama. In 2007, Wallerstein served on the board of P.F.O.’s parent body Movement for a Democratic Society – an alliance of former Weather Underground terrorist leaders, Communist Party USA supporters, Democratic Socialists of America and Committees of Correspondence for Democracy and Socialism leaders and independent Marxists.

International revolution, is just that ‘international.’ It reaches from Brasilia to Cairo, to Dakar, to Moscow and to Washington DC.

We are entering a tumultuous era.