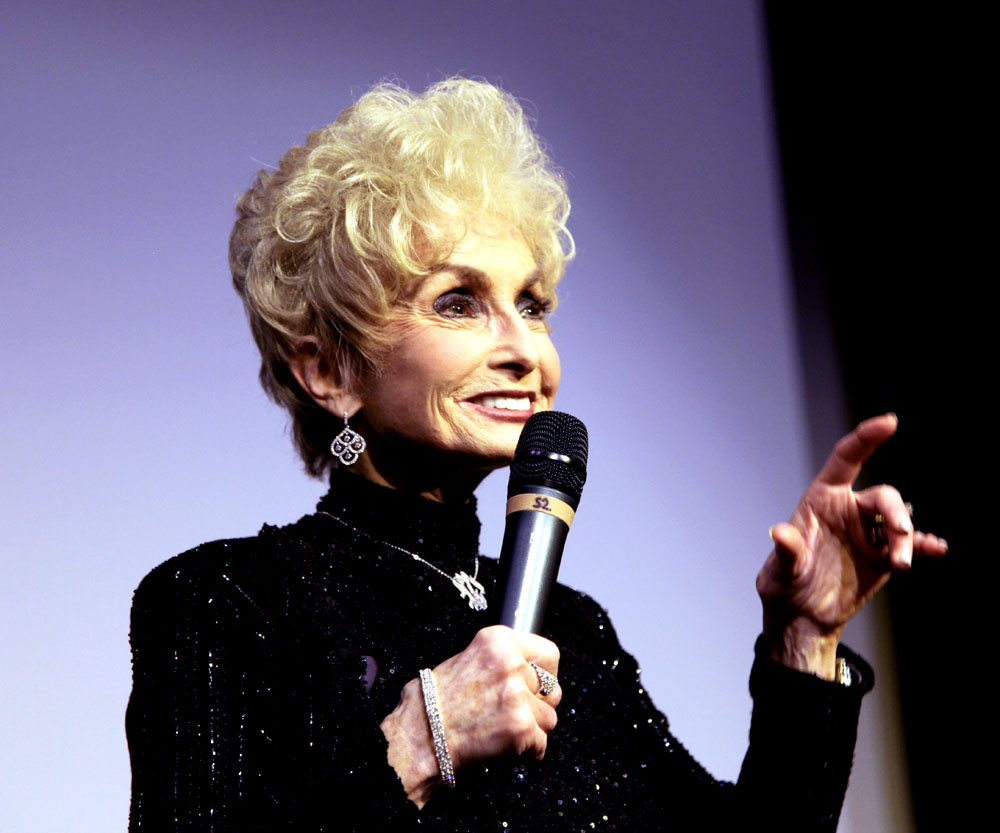 “I deplore the abject silence on the part of the world in the face of the horrific murder of the Fogel family,” declared Rebbetzin Esther Jungreis at a special memorial for the Fogel family held on the upper west side of Manhattan on Thursday evening, March 17th, following Taanis Esther. Speaking from the Hineni Heritage Center, (the world headquarters of Hineni, the internationally renowned Torah outreach organization that she founded in 1973), Rebbetzin Jungreis told her audience of over 300 people, “the Fogels were holy souls, and as the angels of Shabbos that followed them home from synagogue departed, and the angel of death arrived.” Expressing shock and outrage over these murders, the Rebbetzin queried, “The barbaric nature of these gruesome murders is simply incomprehensible. What kind of beasts could kill a family in cold blood; what kind of beasts could slash the throat of a three month old infant?”

Addressing the proliferation of global antisemitism and the double standard that is applied to Jews and Israel, the Rebbetzin ruefully observed, “The silence of the world is truly deafening. No country and leader utters a word of protest. There is no collective outcry of anger and indignation. Can you imagine what the international repercussions would be if a Jew committed this kind of act against a Muslim? The world would be in an uproar. Every leader in every country around the globe would loudly and vociferously condemn it. The UN would hold a special session in which resolutions would be passed against Israel. UN sanctions would be imposed, the United States would speak out stridently against Israel. It would eclipse every other major political upheaval in the world and that includes the civil war in Libya and the earthquake in Japan. Nothing would be more important in the eyes of the world than the lynching of the Jew and Israel.”

As a survivor of the Bergen Belsen concentration camp, Rebbetzin Jungreis has experienced Jew hatred firsthand and notes the pronounced changes in tenor in contemporary antisemitism as opposed to the brand that was promulgated during World War II. “In every generation antisemitism is marketed differently in order to make it more palatable to the masses. During the time of Hitler it was politically correct to excoriate the Jew because of his religious beliefs and for grounds of “racial inferiority” such as having ancestors who were Jewish. Today that type of Jew hatred is not considered politically correct and has been replaced by the equally pernicious version of anti-Zionism that says, “we have nothing against the Jew,” but we only hate the State of Israel. We know all too well that these ostensibly contrasting brands of Jew hatred are in actuality tantamount to each other,” she intoned.

Taking issue with Prime Minister Binyamin Netanyahu over the policy of settlements in Judea and Samaria, the Rebbetzin said, “We are an eternal people with an eternal covenant from G-d and we are never permitted to relinquish any part of Eretz Yisroel. Our right to build settlements should never be connected to acts of terrorism by the hands of our enemies. Our right to build settlements should never be used as a “punishment” against those who seek to annihilate us. We have the right to live and build in our land because this land was given to us by the Almighty as an eternal inheritance.”

“In this technological age, the war against Israel is being played out on the internet, through such modalities as Facebook, Twitter, Israel-hating web sites and bloggers galore who spread their vile propaganda unabated,” she said. “Israel has not sufficiently countered this nefarious campaign with positive public relations and that should be a priority,” she said. Pointing to the patently false claim made by Israel haters throughout the world in which the Jewish state is labeled as a “racist and apartheid nation,” the Rebbetzin said, “our enemies tell us that Israel inflicts suffering on the downtrodden of the earth, when in reality, Israel is the only true democracy in the Middle East that accords Muslims and all non-Jews with the kind of rights and freedoms that they would never enjoy in their own countries. If you want some clue as to what apartheid is all about, just look to Saudi Arabia or any Muslim country that is governed by Islamic law.”

Speaking of the eternal bond between the Jewish people and Hashem, the Rebbetzin said, “We must state our case to the world through the greatest gift that Hashem has given to us and that is our holy Torah. We must hold up the Torah in front of the entire world and proclaim that this is the only authentic deed to our land,” she added.

Reminding her audience that the ultimate resolution to the debacle faced by the Jewish people and the State of Israel lies within the power of each individual Jew to come closer to G-d, thus transforming negative decrees into positive ones, the Rebbetzin said, “It is useless to bemoan the rising tide of antisemitism. Today we seeing the prophecies written about in Torah unfolding before our very eyes. The Almighty is trying to awaken us to our destiny to live Torah true lives and that means coming close to Him through the power of prayer, of reaching out in compassion to our brethren, to creating genuine unity and love between Jews and to courageously speaking out and defending our people, rather than remaining passive bystanders.”

Turning her attention to the upcoming holiday of Purim, the Rebbetzin said, “The paradigm of evil during the days that we dwelt in Shushan was represented by Achashveirosh and Haman. Today we know that Mahmoud Ahmadinejad is the successor to such evil. Just as G-d performed miracles for us in those days and vanquished that evil, we must know that through our own unwavering faith, through our own sacrifice and commitment to our holy Torah that G-d will once again show his mercy upon his treasured, splendorous nation.”

One thought on “HINENI SPONSORS SPECIAL MEMORIAL FOR FOGEL FAMILY”