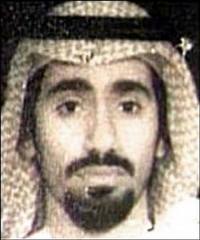 In a surprise announcement on Wednesday, April 20th, Pentagon prosecutors declared their intention to re-file war crimes charges against the mastermind of the deadly attack on the USS Cole (an American warship) in the Port of Aden, Yemen on October 12, 2000. 17 US sailors were killed and 40 other US service personnel were wounded when a small vessel, laden with explosives and manned with suicide bombers, rammed into the American Navy warship on that fateful day. The announcement included the original request of the military prosecution for an imposition of the death penalty on self-admitted Cole bomber, Abd al-Rahim al-Nashiri, 46, the former al-Qaeda chief of operations for the Arabian Peninsula. Al-Nashiri hails from Saudi Arabia and is of Yemeni descent.

Charges against al-Nashiri had been sworn by the office of the chief war crimes prosecutor, Navy Captain, John Murphy, as word of the first full military commission case of the Obama administration came in a Pentagon news release. Initially charged upon his apprehension in Dubai in 2002, the CIA held al-Nashiri at an undisclosed location somewhere overseas before transferrring him to the Guantanamo Bay, Cuba military prison in 2006. On September 29, 2004, he was sentenced to death in absentia in a Yemeni court for his role in the Cole bombing. In December 2008, he was charged before a Guantanamo Miilitary Commission. Reports reveal that interrogators used the waterboarding modality to coerce him into cooperating during the questioning. In 2009, the case against al-Nashiri was dropped, when the Obama admnistration launched an initiative to scrutinize the detention policy at Guantanamo Bay.

As a result of this initiative, a stay was imposed on the filing of charges against prisoners at the compound as well as a stay on all military trials. Court filings in August 2010 revealed that the Obama administration was not considering prosecution of al-Nashiri, saying “no charges are either pending or contemplated with respect to al-Nashiri in the near future.” Prosecutors will now need the approval of retired Vice Admiral Bruce McDonald, the Pentagon appointee overseeing the Guantanamo tribunals to proceed with the charges. If the charge sheet is approved, al-Nashiri would face the first-ever capitol prosecution at the war court called Camp Justice. The Defense Department did not immediately release copies of the charges to the public despite a vow of greater transparency at the war court.

Al-Nashiri, a self-described former millionaire from Mecca, was personally recruited as an al-Qaeda operative when he first met Osama bin Laden in 1996. While in Afghanistan in 1997, al-Nashiri fought with the Taliban against the Afghan Northern Alliance and assisted in the smuggling of four anti-tank missiles into Saudi Arabia. He also facilitated in obtaining a Yemeni passport for a known terrorist and his cousin, Jihad Mohammed Ali al-Makri was one of the suicide bombers in the 1998 US embassy bombings in Kenya.

Eleven charges are being leveled against al-Nashiri in the Pentagon’s 13-page charge sheet, including murder in violation of the law of war, treachery, terrorism and conspiring with Osama bin Laden and his deputy Ayman al Zawahiri, among others. The sheet also listed the names of each sailor that died in the USS Cole attack. Moreover, al-Nashiri is being accused of orchestrating the attempted attack on yet another US warship called the USS The Sullivans as it refueled in the Port of Aden on Jan. 3, 2000. The plan was aborted when the boat he used was overloaded with explosives and began to sink. Al-Nashiri is also accused of planning and preparing the 2002 attack on the MV Limburg, a French civilian oil tanker, that killed one crew member and resulted in the release of 90,000 barrels of oil into the Gulf of Aden.

Navy Lt. Commander, Stephen Reyes, Nashiri’s Pentagon appointed defense lawyer, lambasted the decision to try his client at a military tribunal rather than a civilian court. “Nashiri is being tried at the Guantánamo military commissions because of the torture issue,” he said. “Otherwise he would have been indicted in New York,” where a grand jury in 2003 issued an indictment against two Yemenis whose extradition the U.S. has sought from that Arabian Peninsula nation.” Reyes added that, “The military commissions do not have the procedural protections necessary for a capitol case. Because of the makeshift rules, my client could be convicted and put to death without ever having a chance to see his accusers take the stand.”

Retired Navy Commander Kirk Lippold, the Captain of the USS Cole has assumed a prominent role in advocating for the Guantanamo war court in general and a war crimes trial for Nashiri in particular. Subsequent to the bombing of the warship, Lippold worked at the Pentagon as a planner in the office of the chairman of the Joint Chiefs of Staff, with a hand in US detention policy during the Bush administration. In civilian life, he testified at Guantanamo during the sentencing phase of a Bush era military commission trial. A jury had convicted Osama bin Laden’s media secretary, Ali Hamza al Bahlul of Yemen, of conspiring with al-Qaeda through the production of a propaganda video that glorified the Cole bombing, prompting Lippold to describe his disgust at discovering the contents of the film.

Despite the fact that Secretary of Defense Robert Gates has yet to decide what manner of execution would be used to carry out a death penalty on a war court convict, his own Defense Department has gone forward with the case. Officials at the Defense Department have reported that 80 of the approximately 170 detainees at Guantanamo are expected to face trial by military tribunal. Among them is the self-proclaimed mastermind of the 9/11 attacks, Khalid Sheikh Mohammed, and four of his co-conspirators, who until recently were scheduled to face trial in federal court in New York. According to sources in the Obama administration, reforms have made the military commissions more equitable than those created by the Bush administration in the early years of Guantanamo, which Obama condemned as a presidential candidate and senator.

“The broken military commissions system” should not be used to try al-Nashiri, said Hina Shamsi, the director of the American Civil Liberties Union National Security Project who is likely to register a protest if the death penalty is pursued against al-Nashiri. “All of our concerns about the inherent unfairness of the military commissions are compounded in cases like this one, in which the result could be death,” Shamsi said, adding that, “the Constitution and international law rightly require enhanced protections in death penalty cases, but the military commissions are incapable of providing those necessary protections.”

The ACLU is “deeply disturbed that the Obama administration has chosen to use the military commissions to try a capitol case in which much of the evidence is reportedly based on hearsay and therefore not reliable enough to be admissible in federal court.” Shamsi said that “allowing hearsay is a backdoor way of allowing evidence that may have been obtained through torture.”