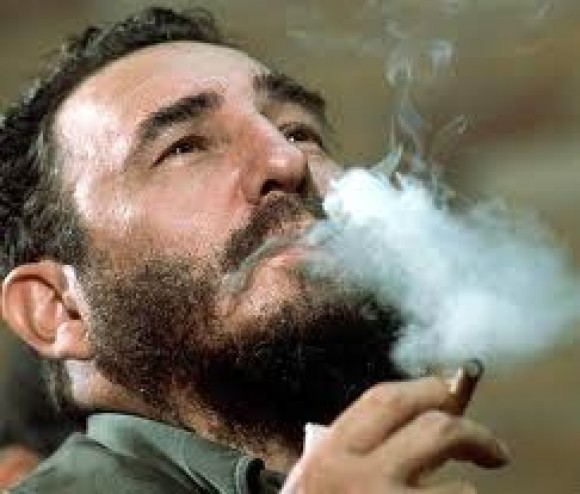 Former CIA officer Brian Latell’s new book, Castro’s Secrets, includes the revelation that Fidel Castro knew Lee Harvey Oswald was going to kill President Kennedy. The book deserves far more attention that it has received and adds to an existing body of evidence that Castro not only had foreknowledge of the plot to kill JFK but was actually behind it, most likely with Soviet backing.

Latell has many more explosive revelations from his Cuban source, Florentino Aspillaga, a highly decorated Cuban intelligence officer who defected in 1987 from the Directorate General of Intelligence (DGI). These include:

In his book, as well as at an appearance at the Heritage Foundation, Latell states that:

In a previous article, we discussed Latell’s report about an American university professor who went on the Venceremos Brigades to Cuba and recruited one of her students for the DGI. Veterans of the communist group have attained high positions in the AFL-CIO.

Castro’s role in the JFK murder has been the subject of controversy for decades. In 2009, on one of the Sunday interview programs, ABC News correspondent Sam Donaldson said that he wanted to ask Fidel Castro before he died, “Did you do it? Meaning November 22, 1963.” This was the date of Lee Harvey Oswald’s assassination of JFK.

The answer, as Latell’s book makes clear, is that Kennedy was considered early on to be an enemy of the Cuban communist revolution, and that the Kennedy brothers had tried to kill Castro. For his part, Oswald was a pro-Castro Marxist activist who had traveled to the Soviet Union and had gone to the Cuban consulate in Mexico City on three occasions between September 27 and October 2, 1963, seeking a visa to travel to Cuba. During one of these visits, he proclaimed, “I’m going to kill Kennedy.”

Latell, who served as National Intelligence Officer for Latin America at the Central Intelligence Agency, cites evidence from various sources, including other defectors and an FBI mole in the Communist Party USA (CPUSA).

He notes evidence that Oswald listened to inflammatory English-language shortwave radio broadcasts from Havana and read the CPUSA’s paper The Worker and the Socialist Workers Party paper The Militant. These sources attacked the U.S. for plotting to overthrow Castro. Pages from Oswald’s diary, reproduced in the book, include contact information for the Cuban and Soviet embassies in Mexico City.

On the morning of Kennedy’s death, Aspillaga was operating Cuban intercept equipment that was focused on Miami, home of the anti-Castro Cubans, and CIA headquarters in Langley. He was told to redirect the antennas toward Texas. “About four hours later the shots rang out in Dallas,” Latell notes.

Aspillago told Latell, “They knew Kennedy would be killed…Fidel knew.”

Not surprisingly, Saul Landau and the left-wing activists at the Marxist Institute for Policy Studies fault Latell for refusing to accept Castro’s denials of involvement in or knowledge of the plot.

Latell says the defector has an “impeccable reporting record” when it comes to evidence of Cuban intentions and plans. He says the denials emanating from Castro were “propaganda” and DGI “active measures campaigns.” Castro blamed the CIA for Kennedy’s death.

Ominously, he says that the “remarkable story was squirreled away” by the U.S. government, apparently because it would have led to “a clamoring for punitive action” against Castro.

This was confirmed by Herman O. Bly, a retired FBI special agent, who wrote the 1998 book, Communism, the Cold War, and the FBI Connection. He wrote, “…I believe the heads of the FBI, CIA, and President Johnson wanted the Oswald case brought to a conclusion as fast as possible as they did not want another crisis with the Soviet Union so soon after the Cuban missile crisis.”

As Latell notes, the DGI worked closely with the Soviet intelligence service, the KGB. This makes Bly’s information about the Soviet KGB personnel in Mexico City having a possible connection to Oswald very interesting.

Bly retired from the FBI in 1963, after 23 years in the Bureau, and was then hired by Dr. Lothar Metzle, who ran the CIA unit known as the Communist International Group (CIG).

Bly said, “In the spring of 1965, I was sent to Mexico City to review all the files on Soviet personnel in Mexico which were located at the U.S. Embassy…During the course of my review…I ran across the following information that related to Lee Harvey Oswald and the November 1963 assassination of President John F. Kennedy. I was somewhat startled to learn that when Oswald was arrested in Dallas in November 1963, he was asked if he wanted an attorney. Oswald reportedly replied, ‘Yes, I want attorney Abt.’ It turns out that John Abt was the New York City attorney who Oswald understood was counsel for the CP [Communist Party] USA. Abt reportedly never returned the call.”

Bly went on, “Colonel Rudolf Abel, a suspected key Soviet KGB agent, was arrested in New York City on 21 June, 1957. At the time of Abel’s arrest, much espionage evidence was located in his room at the Hotel Latham. When he was arrested he also reportedly indicated he wanted attorney Abt. Colonel Abel was convicted of espionage and served his prison sentence until 1962, when he was exchanged for U-2 pilot Francis Gary Powers after long negotiations by attorney James Donovan.”

Perhaps because they figured they would be implicated in the murder, along with Castro and the DGI, the Soviets tried to mask their connection to Oswald by publishing through a KGB front company, Marzani and Munsell, the book, Oswald, Assassin or Fall Guy. It attempted to blame right-wingers for the Kennedy assassination.

A review of the book by “American journalist” Victor Perlo in the Soviet New Times weekly said it rebutted the “myth” that Oswald was a communist. It turned out that Perlo was a Communist Party USA member and Soviet agent. His daughter-in-law was CPUSA Official Joelle Fishman, who is currently a leading figure in the progressive movement and a prominent backer of President Obama.

One thought on “The Communists Killed Kennedy”