“A well regulated Militia, being necessary to the security of a free State, the right of the people to keep and bear Arms, shall not be infringed.”
– The Constitution for the United States of America

“A free people ought not only to be armed, but disciplined; to which end a uniform and well-digested plan is requisite; and their safety and interest require that they should promote such manufactories as tend to render them independent of others for essential, particularly military, supplies.”

“The constitutions of most of our States assert, that all power is inherent in the people; that they may exercise it by themselves, … or they may act by representatives, freely and equally chosen; that it is their right and duty to be at all times armed; that they are entitled to freedom of person, freedom of religion, freedom of property, and freedom of the press.”
– Thomas Jefferson, Letter to Major John Cartwright, June 5, 1824

“The constitution, on this hypothesis, is a mere thing of wax in the hands of the judiciary, which they may twist and shape into any form they please. It should be remembered, as an axiom of eternal truth in politics, that whatever power in any government is independent, is absolute also; in theory only, at first, while the spirit of the people is up, but in practice, as fast as that relaxes. Independence can be trusted nowhere but with the people in mass. They are inherently independent of all but moral law.”

“If in the opinion of the people the distribution or modification of the constitutional powers be in any particular wrong, let it be corrected by an amendment in the way which the Constitution designates, but let there be no change by usurpation; for though this in one instance may be the instrument of good, it is the customary weapon by which free governments are destroyed.”
– George Washington, Farewell Address, September 17, 1796

Our founders would be rolling over in their graves. The U.S. is set to sign a gun control treaty with the United Nations on July 27, 2012, formally known as The Arms Trade Treaty. George Soros’ plan to leave his indelible mark on America through United Nations control over guns is viewed by many, including the NRA, as a backdoor avenue for civilian gun tracking, an insidious assault on the 2nd amendment right to keep and bear arms.

As long as that Conference operates under the rule of consensus decision-making needed to ensure that all countries can be held to standards that will actually improve the global situation by denying arms to those who would abuse them, the United States will actively support the negotiations.

Defining “standards” is a fool’s errand. America’s own standard for the commerce of arms cannot be equated with the standards of rogue nations such as Libya, which has emboldened Al Qaeda by providing stolen weapons. The Heritage Foundation notes, “The United States does not have the power to ensure that the negotiations on an arms trade treaty operate “under the rule of consensus decision-making.” 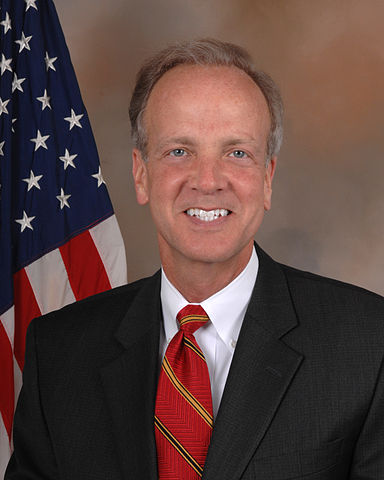 Senator Jerry Moran introduced the Second Amendment Sovereignty Act of 2012 in the Senate on March 19, 2012, to prohibit funding for negotiating an United Nations Arms Treaty, affirming that the U.S. Constitution and the sovereignty of the United States of America supersede allegiance and authority to an international governing body.

A letter to President Obama and Hillary Clinton by 44 U.S. Senators outlines the complex scope of defining and enforcing a broad treaty, as cited with Mexico, which calls for the treaty to include an assortment of conventional weapons ranging from “small arms and light weapons, ammunition, components, parts, technology and related materials.”

Further, some 130 members of the U.S. House of Representatives have signed a letter to President Obama urging him to oppose the treaty, stating, “The establishment of any sort of international gun registry that could impede upon the privacy rights of law-abiding gun owners is a non-starter.”

Too many “non-starters” have started, continued, and succeeded lately, in the overall work of sabotaging our sovereign and constitutional America, for the cause of global, neo-Marxist authoritarianism. It remains to be seen, how far this non-starter will get. When authoritarian government comes for The People’s guns, our founders and patriotic leaders have warned, it is time to put them to use. May we be diligent enough, with enough patriots left, never get to that point.