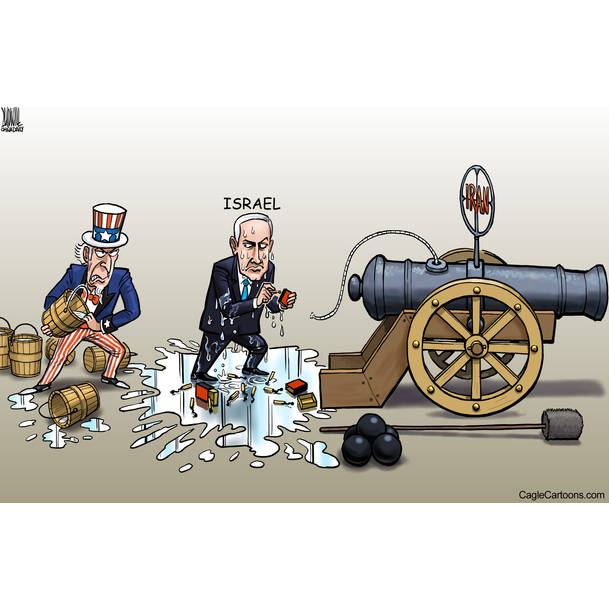 As the clock runs down and the urgency mounts, the Administration continues to douse Israel’s hopes of surviving an apocalyptic confrontation with Iran. Amid laughable claims from the White House of cooperation with Israel having never been closer, the war drums with Iran are louder than ever and the dark, threatening clouds of destruction over Israel loom ever lower. If death weren’t descending on us, I would have to get a hold of myself to stop laughing over that claim. Yes, our support of Israel is so overt, it’s covert. In fact, it is non-existent. Obama and his administration have engaged in repeated instances of disrespecting Christianity and Judaism, and Israel in particular, while openly praising and supporting all things Islam, even unto its most extreme manifestations. Talk about keeping faith with his Muslim roots!

As Americans are embroiled in political theater, Israel faces an existential threat with Iran. It is coming… in July alone 70,000 gas masks were doled out and a record number of bomb shelters were sold and built. Many in Israel are renovating bomb shelters in their apartment buildings or sealing rooms, so they can provide protection in the event of biological and chemical attacks. Hmmm… Maybe that should also be on American’s to-do lists. Just sayin’. Some of Israel’s local authorities are also getting ready. In Tel Aviv, they have unveiled plans to put up about 800,000 residents in 60 underground parking lots in case of an attack. Serious business indeed.

But never fear, our intrepid leaders are on top of things – not. Unless of course you count Obama sending a diplomat from the US with Ban Ki-Moon to Tehran’s hosting of the 16th Non-Aligned Movement (NAM) conference this last week – I notice that didn’t even make the news. It is also being reported that Netanyahu got into a diplomatic shouting match with US Ambassador Dan Shapiro over President Barack Obama’s handling of Iran’s nuclear program, saying “time has run out” for diplomacy. Truer words were never shouted. Time’s up.

And while Israel prepares for the end of the world as they know it, Iran has doubled its nuclear development. And their good buds the Russians, are developing a sea-based space-defense system. This blog has long contended the Russkies will use Iran and the other radical Islamic countries to do as much of their dirty work as possible in a long planned for conquest. But Russia is not alone. Oh no… North Korea has made “significant” nuclear reactor progress according to the IAEA. Tick… China is the world’s new ascending military power. Tick, tick… And, wait for it, police in Bolivia confiscated around two tons of uranium found near the U.S. and Spanish embassies in the capital, La Paz last week. Geez, wonder what that was going to be used for? Nothing to see here… tick, bloody tock.

The White House and the Obama administration are using Taqiyya and are telling outright lies about cooperating with Israel to infidel Americans, while stabbing her in the back and promising the kill to Iran. They are doing this using their lap dogs, the American mainstream media, to spew propaganda that would make Joseph Goebbels proud and is reminiscent of Nazi Germany. They are playing out the clock to ensure Iran has time to fully arm and carry out their bloody jihad. Only the intentionally deaf, dumb and blind don’t see this. We are repeating horrific history. 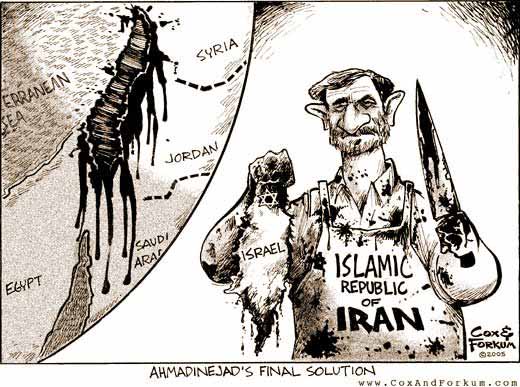 While alleging ‘cooperation’ with Israel, the US is now scaling back participation in military drills with them. Pulling two-thirds of our troops, trying to ensure that we hobble Israel in a strike on Iran and offer their exposed heart for a swift death blow. I can’t stand it – it is so unfathomably evil, I get literally sick thinking of it. Even TIME has openly reported it:

“Basically what the Americans are saying is, ‘We don’t trust you,’” a senior Israeli military official tells TIME.

The reductions are striking. Instead of the approximately 5,000 U.S. troops originally trumpeted for Austere Challenge 12, as the annual exercise is called, the Pentagon will send only 1,500 service members, and perhaps as few as 1,200. Patriot anti-missile systems will arrive in Israel as planned, but the crews to operate them will not. Instead of two Aegis Ballistic Missile Defense warships being dispatched to Israeli waters, the new plan is to send one, though even the remaining vessel is listed as a “maybe,” according to officials in both militaries.

A Pentagon spokesperson declined to discuss specifics of the reduced deployment, noting that planning for the exercise was classified. But in an e-mailed statement, Commander Wendy L. Snyder emphasized that the Israeli military has been kept informed of the changes. “Throughout all the planning and coordination, we’ve been lock-step with the Israel Defense Force (IDF) and will continue to do so,” Snyder said.

U.S. commanders privately revealed the scaling back to their Israeli counterparts more than two months ago. The official explanation was budget restrictions. But the American retreat coincided with growing tensions between the Obama and Netanyahu administrations on Israel’s persistent threats to launch an airstrike on Iran. The Islamic Republic would be expected to retaliate by missile strikes, either through its own intermediate range arsenal or through its proxy, the Hizballah militia, which has more than 40,000 missiles aimed at Israel from neighboring Lebanon. 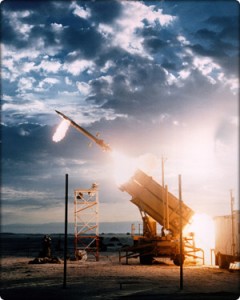 It’s true that we need to cut in every way here fiscally at home, but this is not the time to effectively neuter our military and throw our staunchest ally, Israel, under the Islamic bus. I believe under a Romney Presidency, we will come to the aid of Israel and be there should she need us. That we will finally be on the right side of history and God. Enough of the evil, Marxist dogma being shoved on us and the world. The question is, will the clock run out before we get rid of Obama?

While we sit on our ‘collective’ butts and Obama calls for more diplomacy and patience so our enemies can fulfill their nihilistic agendas, Iran came out this morning and stated that if the US attacks Syria, game on. Not only that, but Iran is going to hold a massive air defense drill in October. Honestly, do you think that is for show? When murderous theocracies speak, the world and especially America should listen.

Esmaili said that the maneuver will include all of the Iranian army’s air defense systems, as well as Iranian air force fighter jets, and the Iranian Revolutionary Guard Corps.

This proclamation came the day after the US scaled back the American-Israel military drill. Just a coincidence I’m sure. Everything you see happening is a build up to a confrontation timed around the US presidential election and a confrontation between Iran and Israel with a whole host of players including America.

The time has come for a line to be drawn:

Netanyahu’s remarks suggested a growing impatience with Israel’s main ally, the United States, and other countries that have been pressing him to give diplomacy and sanctions more time to work and hold off on any go-it-alone strike on Iran.

“I believe the truth must be stated: The international community is not placing a clear red line for Iran and Iran does not see international resolve to stop its nuclear programme,” Netanyahu told his cabinet.

“Unless Iran sees this clear red line and this clear resolve it will not stop moving forward with its nuclear programme, and Iran must not have nuclear weapons,” he said, repeating his view that sanctions so far have not curbed Tehran’s atomic ambitions.

The clock is ticking and all of us are just about out of time. Obama knows he cannot win this election and will use a ‘scorched earth’ policy on his way out, doing as much damage as possible. This includes releasing the Blind Sheik and hobbling Israel so she can be slaughtered. Will we do nothing to stop this? Will our only obvious support continue to be running out Israel’s clock? Does Israel have to be a smoking hole and EMPs have to drop on America before we finally wake up?

AP: Iran’s navy aims to sail off US shores soon