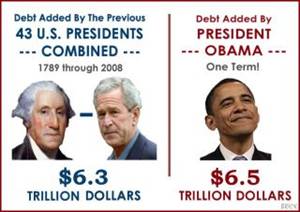 Oh my, someone has forgotten to use politically correct language; they’re not bums, they’re less fortunate. There’s a headline article on Fox, Republicans Caught in Austerity Trap, trying to explain how it won’t matter how the GOP leadership approaches the Fiscal Cliff, any way they move they lose.

To a certain extent that’s true because the track record of the GOP serves only to remind folks that they are the Party of Stupid for permitting the opposition to define them. Speaking of defining things; how about that word, Austerity?

At one time it conjured up folks doing without necessities; but here in America it means folks might only be able to have one free cell phone for each person living in their taxpayer paid for Section 8 housing while driving to the unemployment line to pick up their check all the while sitting in a two year old piece of junk Lexus. Austerity? You’ve got to be kidding!

1. Extreme plainness and simplicity of style or appearance.
2. Sternness or severity of manner or attitude.
3. A state of reduced spending and increased frugality in the financial sector.

Tyler Cowan asked the question: What is austerity? not too long ago as he tried to understand the rational that not increasing entitlements while raising taxes didn’t seem to meet the criteria, concluding:

“In any case, austerity is a misleading and often misunderstood word. It is better if we describe policies more concretely, and in fact that is not hard to do. Furthermore, insisting on a clearer accounting should not be equated with “austerity denial.”’

The Republican Party has permitted progressives to once again set the table in their own favor by letting them define the meaning of words we once understood as meaning one thing; changing them to mean what ever suits their needs.

Austerity now means that rich folks should feel bad for being successful, they should be ashamed for not paying enough in taxes so that every lazy good for nothing bum can’t live in a single family residence worth at least two hundred thousand dollars while driving an executive styled luxury sedan even though these bums are unwilling to put in the necessary effort. If at any time these bums might have to settle for a cheaper version of a free cell phone, live in a less than palatial residence or settle for mass transit to pick up their unemployment check; well that’s the new meaning of austerity.

Here in my own house, austerity is a way of life; we don’t buy it if we can’t pay for it. We do without until we can pay for things like a new car, high definition television, granite counter tops in the kitchen, replacement flooring where the vinyl has chipped or worn thin in the kitchen, carpet for the upstairs that’s been shredded by one or more of our Hobo Kitties over the years, a modern more efficient air conditioning system and other items on our wants and desires list.

We look in our wallet before going out to eat on date night; hamburgers and french fries will cost half of a sit down meal at a reasonably priced Mexican food place and that’s half again as expensive as a nice steak dinner. Things like that are what I call austerity in action; spending only what you can afford to spend; but we’re old fashioned and live within our means to begin with.

So don’t tell me the folks in Washington are considering halting our trip towards the Fiscal Cliff from which there is no return other than as slaves to those who have purchased our unfathomable debt. Both parties are equally to blame for spending us into debt; more these past four years than all previous administrations combined since our nation won its independence.

If we dropped back to a spending level equal to that of 2008, as opposed to what is currently up for grabs, even that wouldn’t be considered austere; not by any stretch of Noah Webster’s definition of the word. The bums who were sucking off the taxpayer’s teat then were living high off the hog; they’ve found they can demand more and get it so they keep demanding more.

Maybe when the entire economy comes crashing down, maybe then folks will learn the real meaning of austerity. Until then, these bums will continue living fat off their neighbor’s efforts, all the while complaining they don’t have enough.

3 thoughts on “Bums Living Fat Off Their Neighbor’s Efforts”