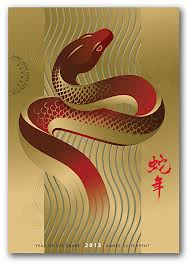 I would wish everyone a happy Chinese New Year, but the prospects for it being a ‘happy’ year are rather bleak. Traditional astronomers warn that this coming year could bring economic upheaval and geopolitical strife. Ya think? In Chinese symbology, snakes are regarded as intelligent, but with a tendency to be somewhat unscrupulous. Sounds a lot like our President, doesn’t it? Although I would like to say this is exclusively about Barack Obama, there are plenty of political snakes to go around. We have a virtual den of snakes currently here in America to choose from and they slither on both sides of the aisle.

Let’s take a look at some of the biggest serpents in the American Garden of Eden: 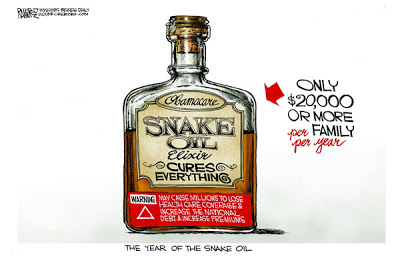 And there are soooo many more. We just let these monsters go on and on. We are willingly submitting to their rule over us. We have to get these thugs out of office and fast, 2014 may be our last off ramp… our last chance to get back enough seats in Congress to wrest back control of our government. We need to make these evil asshats shake in their jackboots. If we don’t take massive action, all that will be left to us is revolt and with few exceptions, that always ends badly.

The above list does not even begin to touch the plethora of snaky Progessive organizations funding and supporting these Marxist moves in our government. Take for example, Obama’s newly formed “Organized for Action.” I kid you not, it is a “non-profit, non-partisan” group. If you believe that, I have a bridge for you – a real steal. Involved with this false front for Obama are the likes of George Soros, Lockheed Martin, Citi Group and Duke Energy. You’ll also find Walmart in that mix – Sam Walton must be turning over in his grave. And “Organized for Action” is not the only group providing money and cover for the Progressives. You have “Priorities Action USA” and the “Common Purpose Project.” And if that is not enough to garner attention, well take a gander at “Business Forward.” This is an association of “more than 40 of the world’s largest and most respected companies” that makes “it easier for entrepreneurs, investors, small business owners and senior executives from across America to get involved in the policy-making process.” These movers and shakers get involved in the policy-making process by forking over a membership fee to Business Forward, which then organizes meetings between company officials and White House personnel. To me, this is all very reminiscent of how Hitler worked with companies in Germany before and during WWII.

Yes, it is the Year of the Political Snake. By the way, our political snakes are poisonous and are crushing our freedoms. Whose up for a red snake hunt? 🙂

I’ll leave you with the following from Daniel Greenfield of Sultan Knish (the man is brilliant and gifted): 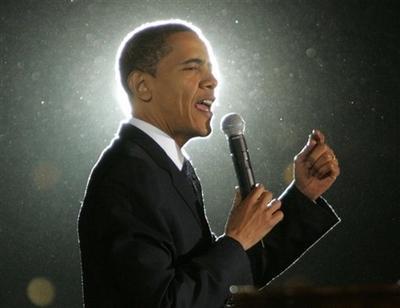 SO GOD MADE A DEMOCRAT

God said, “I need college man to come to a farm and tell the farmer that he can’t feed his hogs with lettuce from his own farm or use the manure from his pigs to grow his lettuce. I need an inspector who will tell him how much he can sell his milk for and warn him that his son riding on the tractor constitutes child labor. I need someone to pay a farmer not to farm so that poor people can’t afford bread.”

“I want a union organizer who hires non-union picketers to keep workers from working, a politician who fights for the people by taking money from billionaires and a clergyman who worships whoever runs on the party line. I want a banker who fights for the poor and gives to the party and a party that pays the poor man eight times to vote for the banker’s man.”

“I need someone to retire at 55 with generous benefits from a government job. I need lawmakers who will pass laws without reading them. I need teachers who refuse to teach kids unless they’re paid twice as much as any worker in their city. I need people to sit on commissions and make rules about lines of work that they’ve never been in.”

So God made a Democrat

“I need a Catholic who’s for abortion. A Jew who’s for Palestine. A Mormon who’s against the Church. A Baptist who’s for evolution. A Methodist who doesn’t believe in god. And a Muslim who believes in destroying America.”

He said, “I need someone who starts all the wars and protests against all the wars. Who is first in line to sign up to fight against his country but comes out as a pacifist when it’s time to defend it. I want war heroes who throw their medals over fences and then gather them up again when it’s time to run for office. I want men who are for everything before they’re against it”

“I need a working class man who who has never worked a day in his life, but always talks about caring for those who do. I need a man who talks all the time about helping women, blacks, lesbians, Eskimos and Martians get ahead and then drops them like a dirty rag when he has what he wants. A man who gets up at 11:30 in the afternoon to help the less fortunate by passing laws that will make them even less fortunate. A man who takes nine tenths of what’s meant for the poor and lets them have the leftovers.”

God said, “I need a party of jackasses that will always break through the fence and spoil everything that the farmer grows. I need bad men to test good men and liars, cheats and thieves with clipboards to teach neighbors to stick together against them. I need a man with no more conscience than a rattlesnake leading a band of fools with less sense than sheep. And I need him to keep the farmers and ranchers, the workers and doers on their toes so they always remember that evil never rests and keeping it down can sometimes be the hardest work of all.”

Pray for us as we embark on this voyage into the snake-infested waters of this next political cycle — for here be dragons and serpents. Progressive hunters will be exposing the pale underbellies of these political ophidians.

24 thoughts on “Year of the Political Snake”