By: Staff Editor
Voice of the Copts 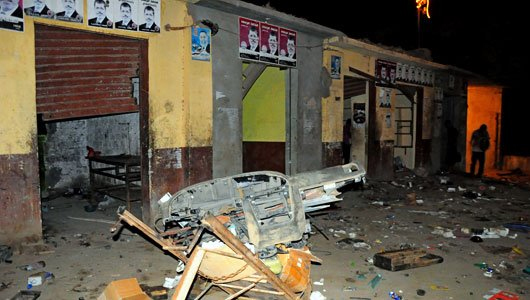 One solution for the Copts of Egypt is to give up their country and migrate to free and democratic states as the Egyptian Jews did years ago. I have included some reasons for this in my answers to questions asked of me recently in an interview with Israel Today writer Ryan Jones. Here is the original interview with Dr. Ashraf Ramelah Founder and President of voice of the Copts:

1. Egypt is heating up again. Do you think there will be another revolution, this time against the Muslim Brotherhood?

I can’t call what has been going on in Egypt for two years a revolution, but I can call such an event an uprising. An uprising consists of multiple, massive protests against the existing system, while revolution is to overthrow that system. In Egypt, the system has always been as it is now, Islamic supremacy dominated by an Islamic mentality. In Egypt, the uprising so far has resulted in a power shift within the existing system, such as Mubarak leaving and Morsi taking his place.

For two years now, the Egyptian people have been bravely protesting in the streets and squares around the country but, unfortunately, have not yet succeeded in a revolution. Will they succeed in revolution and overturn Islamic supremacy, the existing system since Nasser’s coup of 1952, and begin a democracy? This remains to be seen.

Egypt’s youth went out to protest in the streets on January 25, 2011 and these sustained protests grew into a prolonged uprising. The Muslim Brotherhood attached itself to this uprising to usurp power from Mubarak. Now with the help of foreign power and currency, the Muslim Brotherhood will overwhelm the uprising once again as they did in the earliest stage of the uprising with their balancing act of propagandizing the West and using their militia force. It does not look good for the future of Egypt.

2. What is life like for Egyptian Christians under the Muslim Brotherhood?

The plight of the Egyptian Christians today entails Christian women living in fear of attacks by Muslim gangs because they do not wear the veil. As before, Christians are subject to open discrimination by Muslim Koran-adherents who frequently commit acts of destruction of Christian property and routinely threaten and take the lives of Copts. Muslim mobs randomly bomb church buildings, set them on fire or use bulldozers and hatchets to demolish them — this violence now accelerated under Morsi. Worshippers coming and going from church are at high risk of never returning home, a familiar scenario for Copts.

In this new political climate, the Muslim nemesis has been emboldened. Muslim vigilantes have now revived (unofficially) the anti-Copt Hamayouni Decree of 1856. Accordingly, Muslims actively forbid Christian burials in Christian cemeteries where Muslim cemeteries are nearby — believing that the corpse of a Christian should never be interred within proximity of a buried Muslim. Is this perhaps the ultimate act of bigotry?

3. Does Egypt’s new constitution discriminate against or make life difficult/dangerous for Christians?

Egypt’s new constitution is consistent with and generally supports the discriminatory behavior described in my answer to the previous question and will ultimately endanger the lives of all Egyptians. For the Brotherhood, any approved Egyptian constitution is a façade for the benefit of the West. A constitution’s sole value is to impose religious Sharia law through drafted articles which are absent of religious freedom and universal human rights. This in turn will degrade the country’s economy as it discourages tourism and Western investments.

Islamic bigotry and prejudice against Jews in Egypt predates the Jewish State of Israel. Islam’s discriminatory teachings have dominated Egypt’s culture for centuries and have been passed down through generations, infecting Muslims and Christians alike. Public school textbooks saturate Muslim and non-Muslim children in their formative years with messages of hate toward Israel and Jews. Today Christian Copts are awash in the culture of Islam like fish in water and many grossly err in relation to Christ’s teachings on the issue of Jews and Coptic biblical history and heritage.

Bombarded daily with Egypt’s state regulated media dominated by biased Islamic viewpoints, forced to listen to loud speakers blasting Friday prayers from mosques preaching hatred of Jews and Christians, the Coptic Christians and their clergy are an indoctrinated population.

This is a sad reality that is terribly inexcusable especially as Coptic religious leaders have conceded this point to Muslims in order to appease them and perhaps make Coptic life less dangerous which has been miserably unsuccessful. Regarding the State of Israel, Copts love the holy land and the Christian sites located there yet, at the same time, view with skepticism the Jewish population.

5. How do Coptic Christians view “Christian Zionists” who support Israel as a fulfillment of Bible prophecy?

Coptic Christians are not adherents of the Christian Zionist movement and never speak of supporting Israel in ways that fulfill biblical prophecy — awaiting the apocalypse, realizing an Armageddon, or converting Jews. Nor do Copts particularly advocate the tenets which reveal the “Jewish heart” of the true character of this movement, namely; repentance, thankfulness and obedience toward the Jews and Israel – a precept thoroughly discussed by Shelley Neese of The Jerusalem Connection International in her piece last year in the Jerusalem Post entitled, What motivates Christian Zionists?

6. Do you believe there can be real peace between Israel and the Arab world?

No, I am very sorry to say. The problem is not about borders or property, but about the racial hatred of Arab-Muslims toward Jews which is embedded in Arab-Muslim cultures and religious texts.

One thought on “Egyptian Christians: Where can they turn to?”