The dumb bastard broke bread and swilled champaigne with San Francisco’s billionaires to raise money for poor, little, destitute Nancy Pelosi. Who, rumor has it, was trying to extricate herself from a house that fell on her. Just as soon as she digs herself out, she plans on cursing Congress and retaking Speaker of the House, so the Marxist-in-Chief can have even more free reign to finish raping and pillaging America. The botoxed witch is campaigning to be the enabler in chief to oversee the destruction of the Republic. 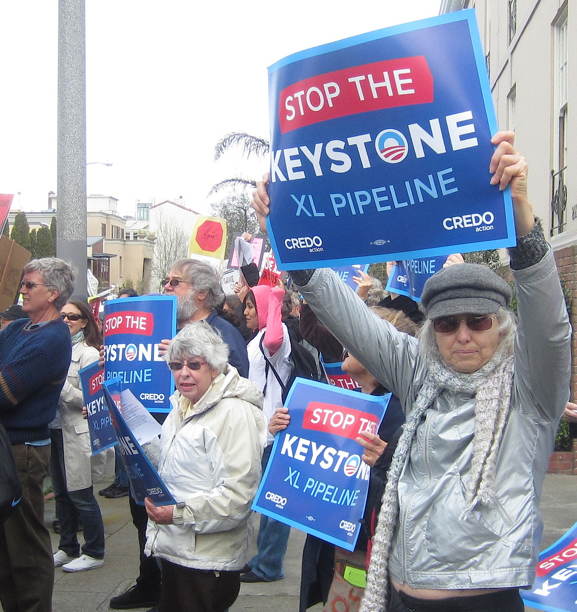 Zombie has a fabulous photo essay on the protestors that met Obama in Frisco. Most of them were protesting the Keystone Pipeline. Idiots. Who wants to be energy independent when you can be the new Marxist Homeland? Comrades unite! The main protest was put on by CREDO Action. 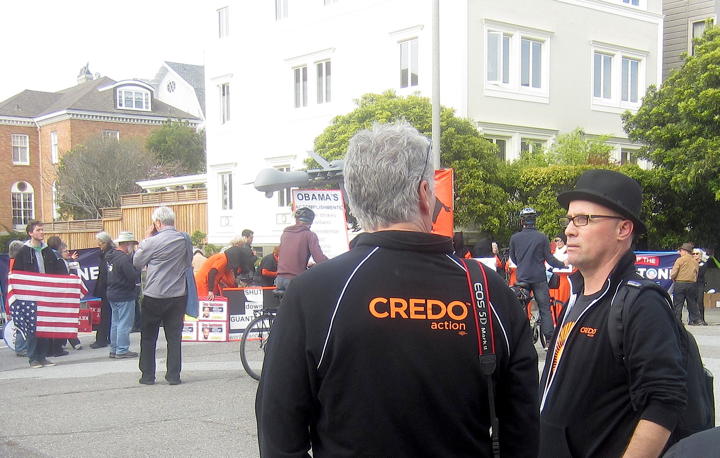 From Zombie on the Billionaires Row get together:

Obama’s fundraising swing through San Francisco on April 3 would bring him to two separate events: One at his favorite SF hangout, the Getty mansion on Billionaires’ Row at 2870 Broadway in Pacific Heights, and immediately prior to that “a $5,000-per-person cocktail reception at the home of Kat Taylor and Tom Steyer,” who just happens to also be a billionaire and big-league Democratic donor.

Looks like the Sequester is not impinging Obama’s binging. What an elitist evil asshat. And there were lots of different radicals there to protest. There was something freaky for everyone. 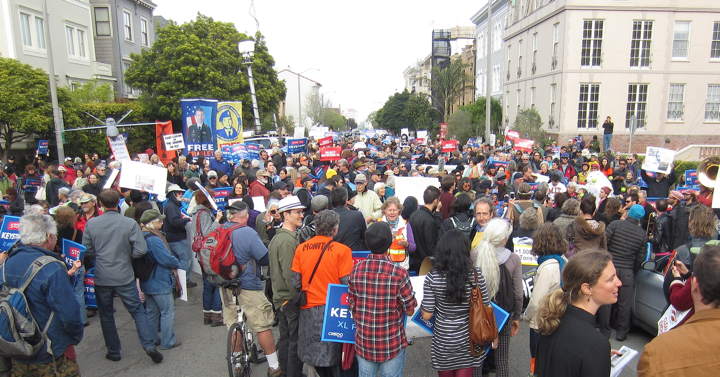 You need to jump on over to PJ Media and read and view the great piece by Zombie. You won’t see this anywhere else and it is REAL NEWS.

Meanwhile, in other news… North Korea is threatening to nuke America and his first target? The West Coast – hope you guys are prepping in Frisco for hot time in the ole’ town soon. You can bet the elites have made contingency plans. Oh, yeah.