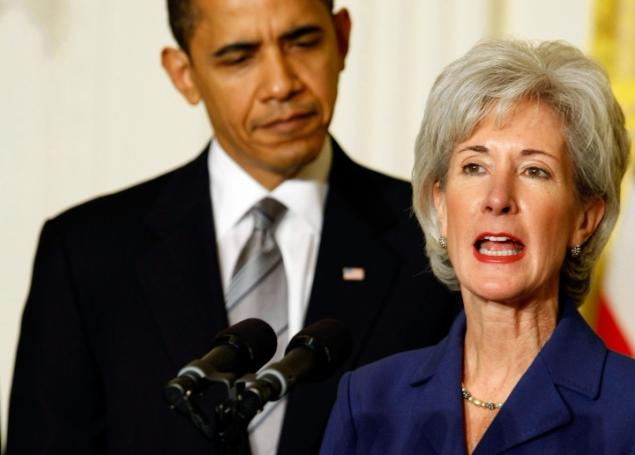 Every week on Monday morning, the Council and our invited guests weigh in at the Watcher’s Forum with short takes on a major issue of the day. This week’s question: How do you feel about minors being able to buy the Morning After Pill without prescription or parental notification?

The Razor: I spoke to the wife who is a family physician about this. She believes the pill should be offered to all girls of reproductive age and not just the 15 year-olds with ID. Although she is pro-life and believes that life begins at conception, she believes the pill is a lesser of evils when it comes to abortion, although she is concerned that girls would use it as a form of birth control instead of using contraception. I agree with her on this issue, but am worried about the abuse of the pill since it would be easier to take after sex than taking the contraceptive pill every day, and may be cheaper too for some girls who do not engage in frequent sex. Since the pill is only effective within a day after sex, it could lead to more unwanted pregnancies if girls fail to obtain and take the pill in time. There are unintended consequences with any law and side effects for every medication, and I’m worried that we will soon find out both.

The Noisy Room: It’s a very bad idea. It’s an effort to supersede the authority of parents in the rearing of their children. It presumes to grant minors State awarded rights that exceed those of the people responsible for their upbringing. It’s also an effort to impose an artificial standard of morality well below what is viable for the survival of a society.

This is a communistic tactic that forwards the fundamental principle of turning children against their parents to enforce legitimacy of State ownership of children. It is collectivist manipulation meant to divide families and do away with a sense of right and wrong, which is normally fostered in the traditional natural family unit. Blurring the lines of right and wrong is a precursor to the elimination of morality and from that, of religion, which is traditionally the vehicle of morality.

Actions such as the unsupervised use of the Morning After Pill lead to government control and the disavowment of parental oversight. This is the goal of Marxists/Communists. They need children who are trained to hate and disobey their parents, but who will obey those they perceive as heroic; those who give them what they want whether earned or not; right or wrong. You saw this in Cambodia’s Pol Pot who instituted a massive youth gang called the Khmer Rouge. They murdered millions; one-third of their own nation. Pol Pot created a society of pure, youthful Communism, which was a ghastly murderous tyranny.

Programmed youth are separated from and indoctrinated with hate for their parents. Left unchecked, the youth gravitate towards Big Brother. They not only hate their parents, but the State goads them into turning them in and/or killing them. You see it time and time again throughout history. If children can absolve themselves of responsibility for random sexual encounters and don’t have to answer to their parents or suffer any repercussions, they are one step closer to the collective of the Marxist State. Prescribed permissiveness in and out of the classroom becomes all the children know and respect. They respect and cleave to the government and law enforcement; they shun and deride their families. Children consider themselves equal to adults in all ways and through State indoctrination come to support and implement a pervasive police State willingly. Selfishness becomes a desirable trait and loyalty to the State becomes the rule of the day. The Morning After Pill that caters to those as young as 15, coupled with secret, cheap abortions, brings our youth one step closer to the killing fields.

Bookworm Room: As the parent of minors, I think it’s appalling. The Left will always justify this kind of rule-making or legislation by pointing to those teenage girls who have dreadful home lives, and are at risk of being physically hurt if they confess to a pregnancy. Yes, those are real situations, but I’ve never seen any evidence that they are anything but a small minority. In the real world, parents whose daughters come home pregnant are not going to be happy, and they may yell at their daughter, but they don’t abuse her. They rally around her. In other words, they are family and they are there for her. (In this regard, I think the movie Juno was pretty accurate.)

The facts on the ground mean that the state’s motive in making birth control and abortifacients available to ever younger girls isn’t because it’s trying to protect a small minority of at-risk girls. Rather, it’s trying to break down the family unit. Sex is a great way to force that schism because, next to hunger, sex is the most powerful motivator. By promising children sex, and lots of it — without any messy consequences such as disease or pregnancy — the state ensures that children look to the state as the bountiful provider. The message is a simple one: We’ll make you happy; your parents will make you sad.

Of course, no one is looking at the very real consequences of the state’s handing out sex like an addictive drug. The state pours toxic hormone soups in adolescent bodies; treats those young bodies with powerful antibiotics; alienates young minds and emotions from those who are most likely to love them; and sends the message that human sex, rather than creating powerful, life-long emotional bonds, has no more meaning than (and about as much charm as) bovine, canine, or feline sex. No wonder the girls who graduate from the hook-up culture in college, don’t feel liberated but, instead, just feel used and emotionally frozen. They have been used — not just by the men who get the girls, but by an all-powerful state that has as its goal the end of individuals’ control over their own bodies.

Lastly, there’s also something profoundly wrong about a government that, even as it criminalizes adult men and women who have sex with children, does everything it can to encourage children to have sex. I don’t have a good word to describe that. Revolting? Hypocritical? Sleazy? Obscene? Immoral? I think all apply.

David Gerstman from Le·gal In·sur·rec·tion: The MSM will tell you when polling data supports their premises. You might have seen a news item recently that people who self-identify as pro-choice outnumber those who consider themselves pro-life.

But the same survey also shows that 52% of Americans believe that there should be some restrictions on abortion and only 28% support an unfettered right to abortion. (18% believe that abortion should never be legal.)

What’s going on? The MSM generally support an unconditional right to abortion. The MSM only consider such a position to be pro-choice. Reasonable restrictions are considered to be violations of a fundamental constitutional right. Most Americans though, disagree. They believe that abortion should not be outlawed in entirely, but that there can be common sense restrictions on abortion.

Consider something else. Since 1996, over 60% of Americans support abortions in the first trimester. For the second trimester that percentage drops to under 30% and under 20% for the third trimester. The abortion absolutists will raise a hue and cry over the latter two figures, if they bothered to report it. But they won’t because they know it’s a losing issue.

This ruling allowing a teenager to obtain a morning after pill seems one more effort to undermine parental authority. It is also a way of enshrining as an unconditional right a procedure that most Americans think should be reasonably limited.

That’s extreme and the President feels comfortable with it because the science is solid.

Is that all we are reduced to now – if the science is okay, that’s enough?