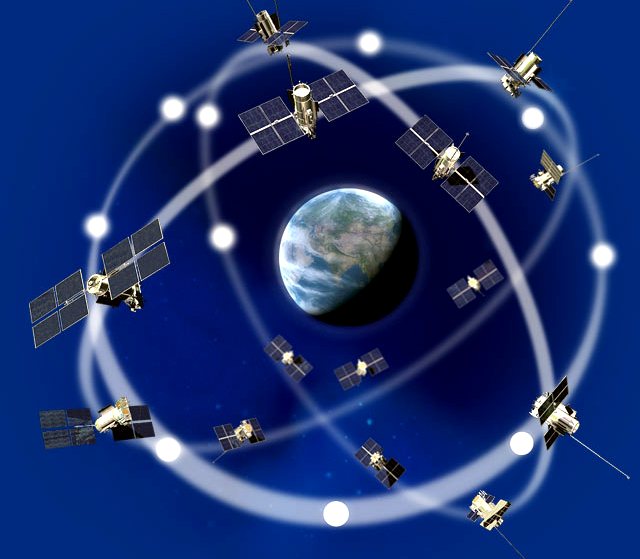 Now, this is “flexibility” comrade! Moving from the insane to the treasonous… welcome to Glonass, the Russian GPS positioning and monitoring system. And our State Department sees no problem with allowing these systems to be positioned on American soil throughout the country:

In May 2012, Moscow requested that the United States allow the ground-monitoring stations on American soil. American technical and diplomatic officials have met several times to discuss the issue and have asked Russian officials for more information, said Ms. Harf, the State Department spokeswoman.

In the meantime, C.I.A. analysts reviewed the proposal and concluded in a classified report this fall that allowing the Russian monitor stations here would raise counterintelligence and other security issues.

The State Department does not think that is a strong argument, said an administration official. “It doesn’t see them as a threat.”

I’ll bet they don’t see them as a threat. Their comrade Obama is actively ‘helping’ Russia to spy on us and is now painting a target on our major cities. He might as well hand over our launch codes to Putin and who knows… maybe he has. It’s not enough that we face the very real and looming threats from EMPs and cyber attacks, now this:

Instead, this menace may come in the form of a seemingly innocuous dome-topped antenna perched atop an electronics-packed building surrounded by a security fence somewhere in the United States.

In recent months, the Central Intelligence Agency and the Pentagon have been quietly waging a campaign to stop the State Department from allowing Roscosmos, the Russian space agency, to build about half a dozen of these structures, known as monitor stations, on United States soil, several American officials said.

They fear that these structures could help Russia spy on the United States and improve the precision of Russian weaponry, the officials said. These monitor stations, the Russians contend, would significantly improve the accuracy and reliability of Moscow’s version of the Global Positioning System, the American satellite network that steers guided missiles to their targets and thirsty smartphone users to the nearest Starbucks.

Are we just stone stupid and suicidal or what? We’ve got Chinese spies working actively within NASA, Islamic extremists roaming our halls of power and now Russians watching and targeting us. It’s a dream come true for our enemies – hell, they don’t have to come in the back door… they’ve been invited in for a group coup with virtually no resistance and not a shot fired. History will look back on this incredulously. I can’t believe what I’m seeing and I’m living it. You don’t have to be a spook to see the existential threat here.

Under the lame guise of claiming that the world should be a level playing field; that the Russians don’t trust the Americans (so, we should of course trust the Ruskies); that Russia and China should have their own GPS systems and the Americans should not hog the market (just like the Internet); we hear the twisted logic that these innocuous dome-topped antenna should be perched atop an electronics-packed building surrounded by a security fence somewhere in the United States and Americans don’t need to be worried. Chill already and have some vodka!

Obama and the State Department claim this will mend fences with Russia, especially after Snowden and Syria. That’s rich, since Snowden was a Soviet plant and a spy.

These systems will sharpen the accuracy of Moscow’s satellite-steered weapons and will be used to spy on us and Obama knows it. Take for instance BrahMos Aerospace Ltd., a Russian-Indian joint venture manufacturing supersonic cruise missiles. They are successfully using Russian-built Glonass receivers for aiming and target acquisitions. Hello… Glonass would be used to guide these puppies right down our throat. Geez Louise people. Obama’s is all but painting the actual crosshairs on our cities. Very few are even questioning all this:

Russia’s efforts have also stirred concerns on Capitol Hill, where members of the intelligence and armed services committees view Moscow’s global positioning network — known as Glonass, for Global Navigation Satellite System — with deep suspicion and are demanding answers from the administration.

“I would like to understand why the United States would be interested in enabling a GPS competitor, like Russian Glonass, when the world’s reliance on GPS is a clear advantage to the United States on multiple levels,” said Representative Mike D. Rogers, Republican of Alabama, the chairman of a House Armed Services subcommittee.

Mr. Rogers last week asked the Pentagon to provide an assessment of the proposal’s impact on national security. The request was made in a letter sent to Defense Secretary Chuck Hagel, Secretary of State John Kerry and the director of national intelligence, James R. Clapper Jr.

The monitor stations have been a high priority of Mr. Putin for several years as a means to improve Glonass not only to benefit the Russian military and civilian sectors but also to compete globally with GPS.

Yes, the US has GPS stations around the world. We came up with the technology. Last time I looked, we weren’t aggressively manipulating, invading and taking over countries which Russia and China are wont to do. So, tell me again… why are we actively pushing for our enemies who want to kill and conquer us to have these capabilities? Only an enemy from within would push this insanity. Only a fool would think that the Cold War ever ended. It has shifted and now uses technology to advance communism and war. However, it would seem countries are lining up to allow the bastards in. Agreements between Russia and Brazil, Australia, Spain and Indonesia are already in the works.

Right now the CIA and intelligence agencies are standing against this and the State Department. Vilified, gutted and staffed with Obama sycophants… how long do you think that will last? Looks like we all better brush up on our Russian, Mandarin and Farsi. A new red dawn looms. “Flexibility” with our enemies and the fall of America — more crappy reality TV to die for.

Question for our military contributors: Given that ground signal correction for GPS is only needed to refine a location down to a matter of inches, and given that missiles are typically happy to be accurate to a few feet, what application would require ground-corrected GPS accuracy (to, say, three inches) by a foreign government on American soil? I have several theories, but would like input.

4 thoughts on ““Flexibility” With Our Enemies”