By: Tripp Baird
The Forge 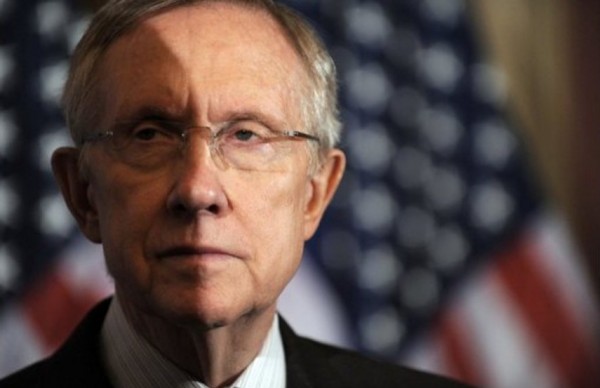 One of the questions that has arisen since Sen. Harry Reid (D-NV) 9% – with the help of all but three of his party’s senators – invoked the nuclear option to change the Senate’s rules (essentially eliminating the filibuster for nominations) is what the Senate minority (in this case, Republicans) can do about it.

There are a number of parliamentary maneuvers in the Senate rules that would allow the minority to make Reid’s majority pay a heavy price for his elimination of minority rights and the curtailment of debate in the country’s formerly most deliberative body. Those parliamentary rules allow even a minority to virtually shutdown the Senate.

Debating Nominations. Under the existing rules, senators are allowed to engage in 30 hours of debate on nominees for federal appeals courts and cabinet posts before a successful cloture motion can end any further debate beyond that amount of time. Nominees below the cabinet level get eight hours and district court nominees get two hours of debate. But even the cloture motion cannot be voted on until two days after it is proposed. Thus, an aggressive tactic of objecting to all calls for unanimous consent and engaging in debate on every single presidential nominee for the maximum allowed time will ensnare large blocks of time in the Senate, slowing down the nomination process substantially.

Denying Unanimous Consent. The Senate normally operates almost entirely on unanimous consent as its various members introduce new bills and committee reports and pass resolutions and bills. If senators object every time unanimous consent is called for; if they object to waiving the requirement that at the start of the session the “Journal of the proceeding day” is read by the clerk (which records what happens in the Senate); and if they attempt to filibuster every bill and resolution that is introduced, they can tie the Senate into knots.

Requesting Quorum. The Constitution itself requires a majority of senators to be present for the Senate to conduct business. The absence of such a quorum is routinely ignored by everyone because senators are off meeting with constituents, fundraising, attending committee hearings, and making media appearances. But if a senator suggests the absence of a quorum and a majority of senators don’t respond when the clerk calls their names, the Senate can only adjourn, recess, or attempt to secure the attendance of enough senators to constitute a quorum to conduct business. Quorum calls are usually ended by unanimous consent before the clerk can complete the roll; thus any senator could require a majority of senators to be present every single day to conduct any business in the chamber by constantly making quorum calls and objecting to any request for unanimous consent.

Invoking Two-Hour Rule. The Senate operates through the committee system and its committees not only hold hearings and mark-up proposed bills but also review and vote on nominations before they are sent to the executive calendar and the floor for debate. There is a Senate rule that says that committees may not meet, without unanimous consent, on any day after the Senate has been in session for two hours, or after 2:00 p.m. when the Senate is in session. This rule is generally agreed to by UC, but a determined senator in most cases can simply pick up the phone and call down to his cloakroom and object or walk down to the floor and simply object when the Majority tries to clear committees. This will make it extremely difficult for committees to conduct their business by invoking the two-hour rule every day the Senate is in session.

The ability to filibuster and engage in extended debate is a tradition that goes back to the earliest days of our republic. There were no limits of any kind on debate for 111 years; it was only in 1917 that the Senate changed its rules to allow a two-thirds vote to end a filibuster. The 60-vote margin that Reid changed was not implemented until 1975.

Republicans, as well as the three Democratic senators who voted with them to oppose Harry Reid’s rule change, have to decide just how much they are willing to fight against this “naked power grab” as even some liberal commentators have called it. Sen. Carl Levin (D-MI) said that there are now “no rules except as the majority wants them.” Ending the ability to engage in extended debate “abandons America’s sense of fair play” as then-Senator Joe Biden said back in 2005 and tramples on the rights of the minority.

Doing nothing and going back to business-as-usual will only serve to embolden Harry Reid.