The liberals hated Sarah Palin for more reasons than her good looks. She spoke the truth. Maybe the sexist defenders of woman-hood just couldn’t deal with the fact that Sarah Palin had some real intelligence and a better understanding of foreign affairs than they did. Almost every word she spoke was mocked on Saturday Night Live – even her famous statement that “I can see Russia from Alaska”. Well, it seems that she really could “see” Russia and the political motives of the Russian President Vladimir Putin. Now. Sarah Palin has gotten the last laugh on all of them. Maybe the public will pay more attention now to the attractive conservative spokeswoman for the Tea Party. 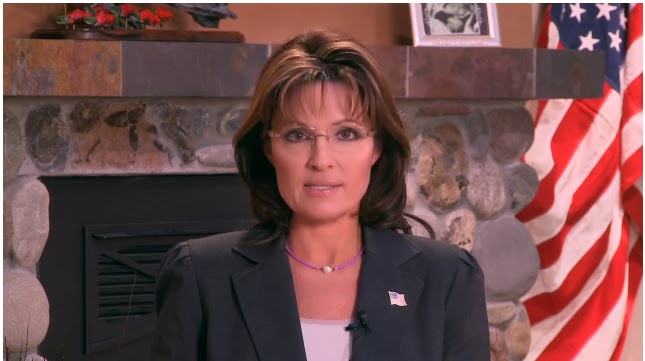 Palin on Ukraine: I told you so
Posted by
CNN Political Unit February 28, 2014

(CNN) – Sarah Palin may be having a bragging rights moment.

In 2008, when she was the GOP vice presidential nominee, Palin questioned in a speech whether then-Sen. Barack Obama would have the foreign policy credentials to handle a scenario in which Russian President Vladimir Putin invaded Ukraine.

“After the Russian army invaded the nation of Georgia, Senator Obama’s reaction was one of indecision and moral equivalence – the kind of response that would only encourage Russia’s Putin to invade Ukraine next,” she said in Reno, Nevada on October 21, 2008.

As Tony Lee wrote in a column on Breitbart:

Palin Mocked in 2008 for Warning Putin May Invade Ukraine if Obama Elected
For those comments, she was mocked by the high-brow Foreign Policy magazine and its editor Blake Hounshell, who now is one of the editors of Politico magazine.

In light of recent events in Ukraine and concerns that Russia is getting its troops ready to cross the border into the neighboring nation, nobody seems to be laughing at or dismissing those comments now.

Hounshell wrote then that Palin’s comments were “strange” and “this is an extremely far-fetched scenario.”

Yeah, and our own limp-wristed leader, Barack Hussein Obama, has already offered his wimpish retorts to Vladimir on the invasion. That, too, will disappear into the shadows of history while Sarah Palin’s look-alike impersonator Tina Fey will probably get a lot more attention.

2 thoughts on “Bear Hugs for Sarah Palin. She was able to see more of Russia than all the liberals combined.”