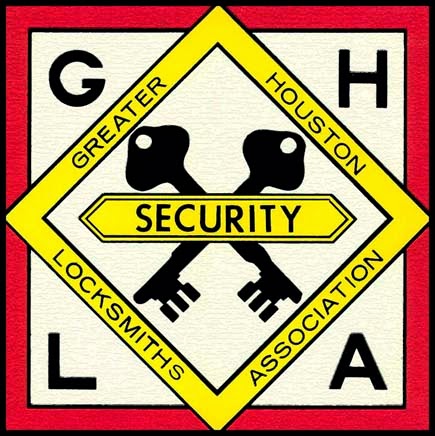 There’s an open letter From One Locksmith to Another in the April issue of Locked-In, by C.D. Siems, president of the Greater Houston Locksmith Association (GHLA), of which I’m currently a member in good standing. It starts off reminding us that we’ve been licensed by the State of Texas for quite some time, as if we were unaware of our status as subjects of the state; but it goes down hill from there.

Apparently the president of the GHLA consider ‘scammers’ as a priority focus item when dealing with legislative issues placed before the membership, enough to request each member to donate $ 200.00 toward paying a lobbyist to take our ‘cause’ to Austin.

“…Scammers crawled into the picture and the State did little but collect their fees from our businesses and each locksmith with nothing in return. Nothing in return includes doing a very poor job inspecting The Licensed Locksmith, doing even less than that when it comes to arresting the scammers we hear so much about and finally our State Representatives not seeming to give a rats behind about the security of the Great State of Texas and its Citizens.”

First off, define ‘scammers’. Are they unqualified tradesman who goes about pretending to be locksmiths or are they locksmiths who conduct business but aren’t licensed here in the State of Texas?

That last part about the security of the Great State of Texas assumes that we, that is all of us have ‘voluntarily’ traded individual liberty for security; a dangerous path to travel, as once liberty has been relinquished it seldom if ever is returned. The truth is that licensing of the locksmith industry, the DPS/PSB overseers, mandated continuing education in order to maintain a license…all this violates the principles of American citizenship.

This is really a free trade issue, something which needs to be left up to the consumer under the antiquated notion, “Let the Buyer Beware”. It has been a mistake from day one to license the locksmith industry; yet another step toward pure communism where the state controls all aspects of life.

Somewhere along the way far too many of our fellow citizens have taken the approach that it’s up to the state to protect us from making poor decisions, or in the case of communism, any decisions. We have defined and boxed the world in a neat little package, identified what a locksmith is and does just short of inventorying each key on the rack in order to convince the public that the world is now secure. In the words of an old partner, “Pure male bovine excrement”!

Consumers have the responsibility to investigate the credentials of those who perform work; but somehow that aspect of individual responsibility been delegated to some state agency; we no longer have to worry about it, isn’t that what America has transformed itself into?

H. Verlan Andersen in his book, Many Are Called But Few Are Chosen, explained this principle of living in a free market society as well as anyone.

“If we desire for ourselves the freedom to enter a trade or occupation when and where we choose, we should allow our fellow men this same right. If we believe we should be left free to purchase goods or services from any person who offers them for sale, how can we forcibly restrict the freedom of other members of the buying public and still live the Golden Rule?”

Andersen goes on to destroy the supposed justification for overseers or governing boards which limit competition via licensing restrictions and which dictate who is qualified and who isn’t, “…there are not two groups of men—the qualified (*) and the unqualified; there is only one group and every member of it is unqualified to some extent.”

Siems pointed out that the board which oversees the entire locksmith industry doesn’t have a qualified (*) locksmith sitting among that distinguished group.

“We have also managed to get a Locksmith on the Private Security Board, (PSB), but as yet have not been seated.”

While they may not recognize their guilt, the board members of the GHLA, and other larger locksmith associations are proponents of the very system which has enslaved the locksmith industry.

For crying out loud, we don’t need a total sycophant sitting on the PSB to lend an air of legitimacy to their usurpation of powers,…powers never intended under our constitutional republican form of government.

Ezra Taft Benson explained The Proper Role of Government in a talk given many years ago. It’s available for anyone interested in understanding how our representative form of government is intended to work; but clearly, those involved in making sure the security of the Great State of Texas is managed as if we lived in communist Russia don’t give a ‘rat’s behind’ about individual liberty.

Instead of working to further erode individual rights of locksmiths whose only desire is to conduct business in the free market system to the best of their abilities, the GHLA and all other professional locksmith associations should be doing all that is within their power to restore the sacred values of America; life, liberty and the pursuit of happiness to our now corrupted market place.

“Experience should teach us to be most on our guard to protect liberty when the government’s purposes are beneficient… The greatest dangers to liberty lurk in insidious encroachment by men of zeal, well meaning but without understanding.” Supreme Court Justice Louis Brandeis

Count me out when looking for a $ 200.00 donation for a lobbyist to further enslave the locksmith industry.