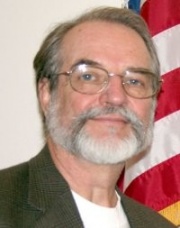 Gene Lantz has been a union man for most of his working career. He retired from Vought Corp. in 2002 after working there for 27 years. He is the chairman of the United Auto Workers Union Local 848 that represents the plant.

In the 1970s, Gene Lantz was a member of the Trotskyist Socialist Workers Party, but eventually led his faction out of the party over doctrinal differences. He went on to lead a Maoist/Trotskyist hybrid called the North Star Network with Peter Camejo, later a California Green Party Gubernatorial candidate.

However, by the early 2000s, he was a full-fledged Dallas based Communist Party of Texas member.

Lantz is active in Jobs with Justice, various union groups and with the communist-led Texas Alliance of Retired Americans.

He and his wife Elaine Lantz, are also heavily involved with the Democratic Party and actively supported the candidacy of Barack Obama in 2008.

In July, 2013, Walmart sued Gene Lantz, the United Food and Commercial Workers, OURWalmart and Jobs with Justice for civil trespassing for crossing their parking lots.

Gene Lantz has been making videos of public officials supporting Walmart workers and posting them on YouTube, which he regards as a key tactic in the long strategy to unionize Walmart.