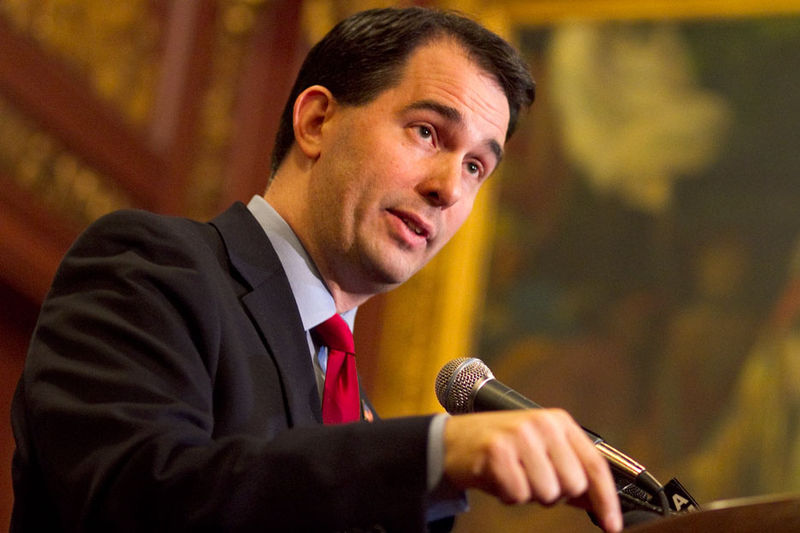 Wisconsin Democrats have gone to the mats to destroy Governor Scott Walker and anyone associated with him. There was the occupation of the capital for a month by “paid volunteers” of Wisconsin public employee unions in an attempt to stop Walker’s union reforms, while state senate Democrats fled the state to deny the chamber a quorum for a vote. Then there was the recall, fraught with petition fraud that the very partisan Wisconsin Government Accountability Board – WI’s state election board – refused to even consider. There were the endless vicious attacks in the press and numerous death threats. Then there were the “John Doe” investigations, which have already ruined at least one defenseless individual. Democrats’ catalog of sins in Wisconsin can be read in full HERE.

Democrats owned Wisconsin for ages. It is the state where public employee unions – bane of our existence – were born. “Fightin’ Bob” La Follette, an early “progressive” U.S. Senator, introduced legislation in 1912 that paved the way for the first such union, the National Federation of Federal Employees. Having had control of the levers of power in the state, Democrats feel free [to] abuse all kinds of little devices to keep power. One is the so-called “John Doe” law where the state can launch secret investigations based on anonymous tips, and require no grand jury to initiate.

Democrats have launched two against Walker, and have carried them on for years, despite no evidence and no convictions. But in the process they have put a vice grip on conservative political activity in the state and fostering an atmosphere of fear and intimidation. Does this sound familiar? One was stopped a short while ago, but the other persisted.

Well, free speech finally got a break. A federal judge has ruled this investigation completely without merit. He said:

The Defendants (the John Doe prosecutors) must cease all activities related to the investigation, return all property seized in the investigation from any individual or organization, and permanently destroy all copies of information and other materials obtained through the investigation.

He added, “Any attempt to obtain compliance by any Defendant or John Doe Judge Gregory Peterson is grounds for a contempt finding by this Court.”

The judge ruled that Democrats had either deliberately disregarded or misinterpreted the law. Even the judge originally appointed to oversee the investigation agreed, halting some of the subpoenas because prosecutors had not shown probable cause that investigation targets had violated any campaign laws.

The latest is really good news. The despicable, partisan Democrats who have slimed Wisconsin for decades are finally getting something of a comeuppance. Not to be deterred from their lawlessness, however, the Democrats are doubling down, planning to waste still more tax dollars with another appeal in state court. Walker needs to launch his own “John Doe” investigation to uncover and expose the criminal conspiracy that is behind these extremist, partisan prosecutors’ efforts, and send those prosecutors to jail where they belong.