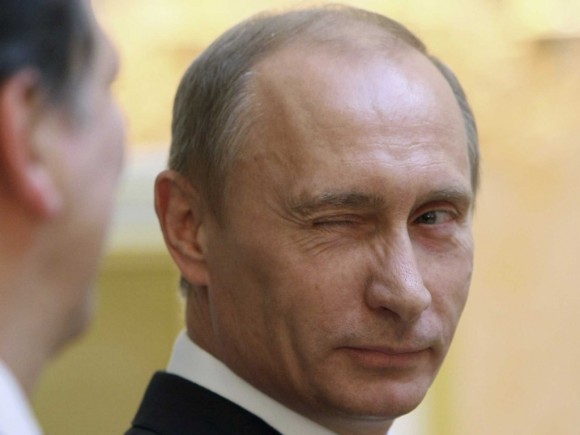 Businessman Bill Browder, who ran an investment fund in Russia called Hermitage Capital Management, told “60 Minutes” in February that “The Russian regime is a criminal regime. We’re dealing with a nuclear country run by a bunch of Mafia crooks.” In a more recent interview with this writer, he had some words for those American conservatives embracing Vladimir Putin as a spokesman for family values.

“If you want to talk about family values, go talk to the Magnitsky family about what happened to their family, as a result of Vladimir Putin’s evil,” he said.

Sergei Magnitsky, the attorney for Browder’s firm in Russia, was imprisoned and then killed by Russian authorities in 2009. He had uncovered official corruption involving the theft of $230 million.

Browder, the grandson of Earl Browder, former head of the Communist Party USA, has a unique perspective, having invested in Russia when it appeared that the old Soviet system was dying, and that capitalism was taking root. The Magnitsky case became a concrete manifestation of how Putin and his group of former KGB officers were looting the country and consolidating their power.

Putin, he said, acts on the basis of a “Mafia principle” of “extracting as much money as possible from the state and staying in power and keeping that money.”

The invasion of Ukraine has been a wake-up call that the Kremlin is not to be trusted. Moscow, after all, had signed an agreement that was supposed to guarantee the country’s territorial integrity.

But Browder, in a telephone interview, said he believes Putin’s invasion of Ukraine doesn’t stem from some communist master plan to remake the USSR. Rather, he believes it was a reaction to the overthrow of his corrupt ally, President Viktor Yanukovych, whose luxurious presidential home in Ukraine included artificial lakes, a private zoo, golden toilets, a huge garage full of cars and motorbikes, and a new golf course.

“Vladimir Putin is a verified kleptocrat,” Browder says. “He has spent most of the last 12 years stealing as much money as he could, registered in the names of his friends. As he has done this, the Russian people have received no economic benefit from the rising oil and commodity prices. So after a certain period of time people started getting angry, and about two years ago, when Putin came back as president, there were 100,000 people on the streets of Moscow chanting ‘Putin is a thief’ and ‘Get rid of Putin.’”

In Ukraine, Putin “watched a junior varsity version of himself—Viktor Yanukovych—who is a thief, but only a small thief, compared to Vladimir Putin—get completely run out of his own country for doing exactly what Vladimir Putin is doing on a larger scale in Russia. After Yanukovych was kicked out, Putin panicked and he needed an enormous distraction as quickly as possible.”

That “distraction” was the complete takeover of Crimea and invasion of Ukraine.

“They used Crimea as a vehicle to distract and build the Russian population into a nationalistic fervor,” Browder said.

Other observers and experts, however, make the case that Putin does have a grand design that amounts to a resurgent Russia seeking to reconstitute the old Soviet system.

Browder agrees that Soviet-style control and manipulation of information is part of the plan.

Putin controls most sources of information inside Russia, Browder notes, but the Internet is still relatively free and provides alternative news to Russians who want to look for it. However, he added, “A lot of people in Russia aren’t hungry for it and they’re just happy to be fed whatever the propagandists put out there.”

Browder says he understands the failure of the West to respond militarily to the invasion of Ukraine, since the U.S. is coming through two major wars in the Middle East and doesn’t have the stomach for another confrontation of this nature. Another option—general economic sanctions on Russia—could have resulted in the Russian regime nationalizing U.S. assets. So targeted sanctions on Putin’s associates who hold his money, if they are done correctly, could have a significant impact, Browder said.

Regarding Putin’s wealth, estimated as high as $70 billion, Browder said, “I’ve heard numbers higher than that.”

The report, “The Life of a Galley Slave,” examines Putin’s lifestyle, including yachts, planes, state villas and palaces, helicopters and luxury wristwatches. The title was taken from Putin’s comment that he works like a galley slave for the Russian people.

It was estimated that Putin and his cronies, many of them KGB veterans, stole $30 billion that was supposed to go for construction projects for the Sochi Olympics.

Browder said that when he was investing in Russia, he was a regular participant in the conferences known as the U.S.-Russia Forum, held in Washington, D.C. and Moscow. We covered the recent one in the Hart Senate Office Building. Browder was expelled from Russia in 2005, and the authorities raided his Russian offices in 2007. One year later they arrested his attorney and in 2009 they murdered him.

Although Big Business promotes trade with Russia, and various American companies are represented at the U.S.-Russia Forum, Browder said that he meets many businessmen at the annual World Economic Forum in Davos, Switzerland, and that 90 percent of them don’t invest in Russia. He adds, “Many of those 90 percent don’t invest because of what happened to me.”

“It makes no sense from a financial standpoint to be investing in Russia, because there’s a very real chance you will lose all your money and even possibly have people killed,” he says. “There are no property rights, no legal rights, no rules. They will do anything.”

Before the events in Ukraine, a perception had been developing among many in the West that one could do business with Russia, even after the invasion of Georgia in 2008 and after Republican presidential candidate Mitt Romney called the regime a “geopolitical foe” of the United States.

“People don’t have a lot of information about Russia, so they base their impressions on how they want Russia to be instead of how it really is. Unfortunately, the truth about Russia is very, very bad,” Browder said.

Congress passed the Sergei Magnitsky Rule of Law Accountability Act at the end of 2012 over the objections of the Obama administration. It placed visa and financial asset bans on Russian officials either involved in Magnitsky’s case or accused of human rights abuses.

“The next step is to get the Magnitsky Act implemented in America,” Browder said. The administration, he added, must move forward by putting on the Magnitsky list the names of more human rights abusers in Russia.

“Sergei didn’t die in vain,” Browder said. “We want to make sure his legacy is one where bad people are sanctioned and the threat of sanctions hangs over the heads of other bad people.”

As head of the Global Magnitsky Justice campaign, Browder publishes a website dedicated to the case.

But while he seeks justice for his murdered lawyer, Browder says he is concerned about his own safety and security as well.