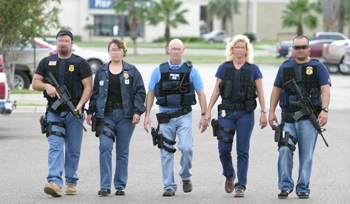 I attended the Murrieta, Calif. City Hall meeting on July 3, 2014, in which various government officials were present to address issues regarding the influx of illegal immigrants to its small town of approximately 106,000.

Prior to the city hall meeting, residents of Murrieta, had forced buses bringing illegal immigrants from Texas, to turnaround and head south to the border city of San Ysidro, Calif. To date, there have been no definitive answers as to why the Border Patrol decided to bring the illegal immigrants to Murrieta in the first place.

Beyond the logistics question of where the illegal immigrants will be processed, several interesting statements were made at the meeting that may have escaped some attendees but raised concerns nonetheless. Specifically, statements made by Field Director David Jennings, from the U.S. Immigration and Customs Enforcement (ICE) Los Angeles, Calif. Field Office, should raise the eyebrows of every taxpayer in the U.S.

Jennings described ICE’s function as “Taking control when Border Patrol agents are done.” In other words, once the illegal immigrants are processed and released, ICE’s role begins. By its own definition, it is an arm of the federal government that enforces immigration laws and removes those illegally in the United States.

Jennings made it clear that ICE has no capacity to detain family units. What Jennings said next, amounts to an overreaching of ICE’s function when he discussed the need for ICE to obtain housing so that illegal immigrants from Central America could be placed in these units to await a hearing before a judge.

Jennings said, “ICE has only one facility in New Mexico but it’s full.” He was referring to a housing unit where illegals are currently being kept. Most in attendance were not even aware of the existence of New Mexico’s facility.

Additionally, Jennings said, “ICE is trying to get 10,000 units so families can be housed. We have to release families because there are no places for them to be housed.” He said, “ICE needs to find out where they are going and help them get there in the most humane way.” Again, another function that appears to be outside of the role of the “enforcing and removal” arm of ICE.

Jennings said, “We are really good at finding and removing them from the U.S. but not good at housing them so we are reaching out to the community.” Perhaps ICE is not good at housing illegal immigrants because this is not by definition what they do.

In addition to acting beyond the scope of ICE’s role, ICE will now be responsible for increasing the cost to taxpayers. Once 10,000 units are secured from private individuals, businesses, and non-profit organizations, someone will ultimately have to pay the bill to cover the costs associated with operating these 10,000 units.

In addition, there will be a need to provide food, clothing, medical expenses, education, and other necessities that the illegal immigrants will require. The ultimate bill will be borne by the unsuspecting American who most likely isn’t even aware of what ICE is contemplating.

Also, there is no guarantee that ICE won’t ask for more units once their 10,000 unit goal has been met thereby continuing to impact the taxpayer without their approval or knowledge.

The overall impact of ICE’s plan will ultimately be to provide low or no cost housing for illegal immigrants while those here legally will have to continue to wait in line for government housing to which they are entitled.

New Mexico is well aware of the impact that the existing ICE unit and the growing illegal immigration to its state, has on its taxpayers. The result is a growing fiscal burden on its citizens who are legally residing in New Mexico.

As of 2013, New Mexico reports more than $717 million in annual fiscal costs that have to be placed on the backs of their hardworking taxpayers. This is a cost of approximately $1,000 per New Mexico household headed by a U.S. citizen. How much more will the cost to U.S. citizens be when that figure is multiplied by the cost associated with 10,000 units and all of the people that are housed within each unit? That cost could be astronomical!

State policies in New Mexico continue to encourage illegal immigrants to come to their state by offering benefits, services, and even driver’s license. California is the other state that offers driver’s licenses to illegal immigrants. Gov. Jerry Brown signed into law a bill, AB60, which allows them to apply for their license beginning January 1, 2015. There is no reason to believe that those illegal immigrants brought to New Mexico and California especially, won’t continue to reside in those states thereby increasing the fiscal burden to taxpayers. 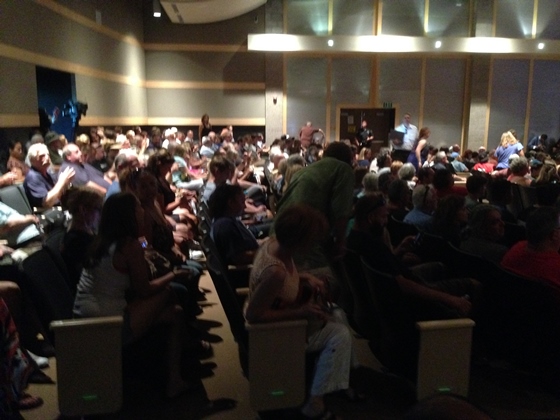 Everyone in America should be outraged at the continuing overreach of the federal government in handling the current influx of illegal immigrants and the extensive fiscal costs that will be borne by the tax paying public. ICE may be only one example of a branch of the government that needs immediate oversight by citizens and Congress to stem the tide of overreaching to the detriment of the American public.

Her website is SusanKnowles.com. Susan’s book, a political fiction, is entitled Freedom’s Fight: A Call to Remember and is available on Amazon.

Susan can be reached by email at [email protected]