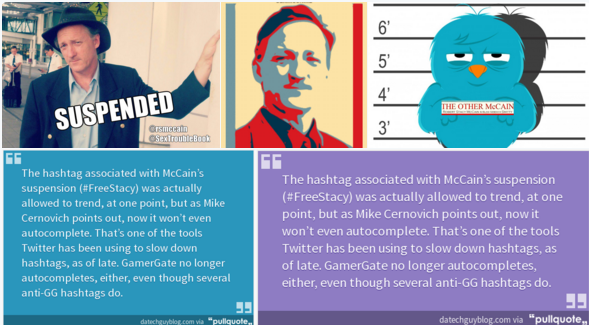 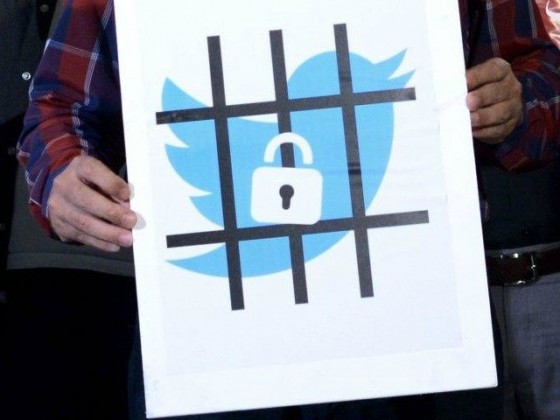 One of Stacy’s biggest haters is Charles Johnson of Little Green Footballs infamy. That makes me adore McCain that much more. Just sayin’. And for the record, my politics are exactly the same as Stacy’s so, along with a whole bunch of other conservatives, my life cycle on social media is probably limited. With the practice of Shadowbanning having been confirmed at Twitter, the conservative blogosphere is bracing for censorship:

According to the source, Twitter maintains a ‘whitelist’ of favoured Twitter accounts and a ‘blacklist’ of unfavoured accounts. Accounts on the whitelist are prioritised in search results, even if they’re not the most popular among users. Meanwhile, accounts on the blacklist have their posts hidden from both search results and other users’ timelines.

Our source was backed up by a senior editor at a major digital publisher, who told Breitbart that Twitter told him it deliberately whitelists and blacklists users. He added that he was afraid of the site’s power, noting that his tweets could disappear from users’ timelines if he got on the wrong side of the company.

Shadowbanning, sometimes known as “Stealth Banning” or “Hell Banning,” is commonly used by online community managers to block content posted by spammers. Instead of banning a user directly (which would alert the spammer to their status, prompting them to create a new account), their content is merely hidden from public view.

For site owners, the ideal shadowban is when a user never realizes he’s been shadowbanned.

However, Twitter isn’t merely targeting spammers. For weeks, users have been reporting that tweets from populist conservatives, members of the alternative right, cultural libertarians, and other anti-PC dissidents have disappeared from their timelines. 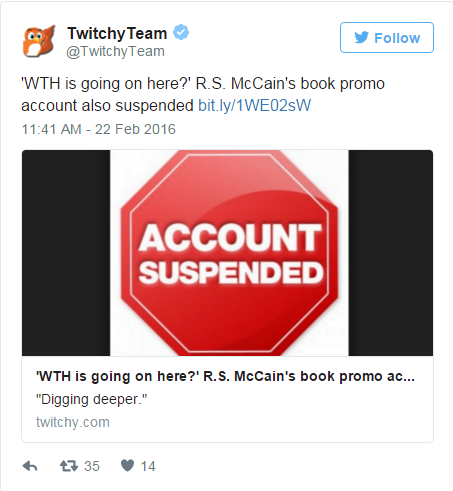 Just this month, Twitter instituted its brand spanking new and fascist “Trust and Safety Council.” According to Ricochet:

This troubling news [about shadow banning] comes shortly after Twitter leadership announced an Orwellian “Trust and Safety Council,” which is stacked with leftist anti-speech activists. Instead of groups like the Electronic Freedom Foundation or the Cato Institute, the council invited Feminist Frequency and the Dangerous Speech Project. The latter organizations lead the growing movement to silence politically incorrect thought on campuses and online.

Stacy McCain ticks off militant feminists. Good for him. Someone’s gotta do it. For being politically incorrect, he is being banished from social media. So much for free speech, huh? This just massively cries out for some entrepreneurial programmer to set up a social media outlet for conservatives where they can free range without fear of persecution. That is until the Internet Nazis come calling.

I’m not ashamed to say I love reading McCain’s posts and I personally adore the guy. I have for a long time. I guess I should tell him that some time. He’s gifted and no one should be silenced anywhere like this. Shame, shame, shame on Twitter! I am trying really hard not to let loose with some really colorful language here.

McCain is a real reporter, unlike many in the mainstream media. He does it for the sheer love of it and to get at the truth. For that, he is vilified and hated. Personally, I consider that a badge of honor. I will never be half the journalist Stacy McCain is. I’m okay with that, but what I am not okay with is silencing him. Trying to take him out socially so-to-speak. 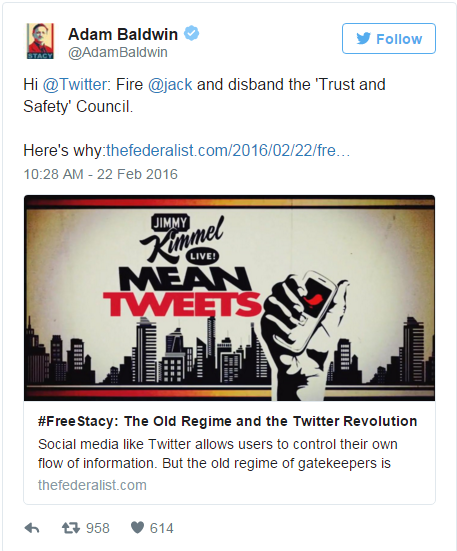 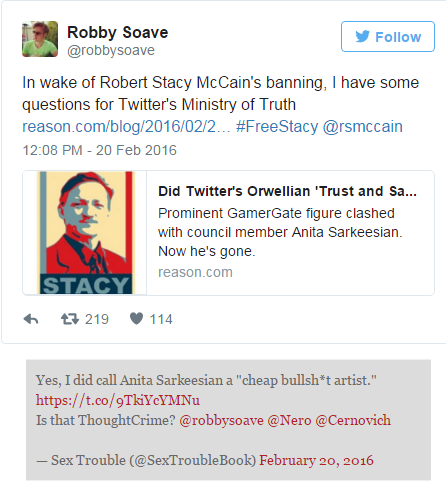 Twitter is free to do as they please. It is a private company. But I would remind those on the left and the haters out there, that censorship cuts both ways and is a fickle mistress. One day they will find themselves on the receiving end of such tender attentions and their rants and indignation will go unheralded and fall on deaf ears. First they came for The Other McCain… then they came for the rest of us. Twitchy gives a good snapshot of the rage and disbelief over this unfair squelching of a huge conservative pundit.

I’m a few days late to this party. I blame taxes, which is better than blaming death I guess. Actually, McCain isn’t the first. For some time now they have been targeting conservatives, Libertarians, those that speak out against Obama and other non-politically correct voices in the blogosphere. Stacy was just what finally set everyone off. Posts are disappearing from timelines all over the place, so one wonders how long Twitter will be a viable outlet at all. Looks like the Thought Police at Twitter are getting friskier by the day. I guess ‘targeted abuse’ is Twitter-speak for conservative ideals.

The Internet and social media broke barriers for everyone out there. It’s been fun and free while it lasted. Now we are seeing our freedoms being systematically stripped from us there. It was supposed to be a place where knowledge, ideas, thoughts and opinions could flow freely. That’s until the Marxists got their mitts on it. They are now deciding what news is fit to print and who will profit from it. 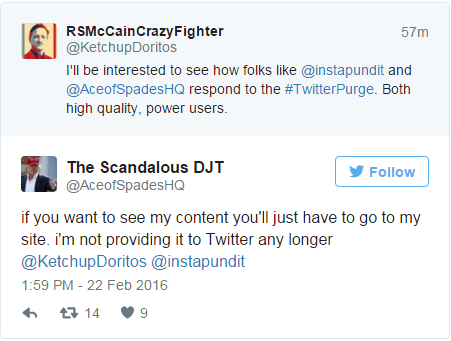 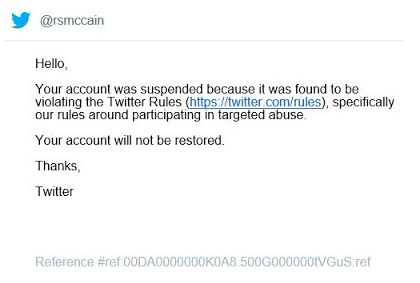 As The Federalist succinctly put it: “freedom of expression” starts with “freedom.” It’s right there at the beginning of the phrase. But by recasting it as an issue of “safety,” Twitter de-emphasizes the “freedom” part and sets up a rationale to limit or ban its users in the name of protecting others. An outspoken conservative critic gets nailed… because feminism. And I certainly don’t feel ‘safer’ because of it either.

A number of my friends have given up on Twitter for good. Legendary author, Larry Correia, is through with Twitter and I don’t blame him. He suspects his Tweets have been messed with as well. Today, Adam Baldwin of Serenity and The Last Ship fame, had all his Tweets disappear. Many are simply telling Twitter to get stuffed along with their Orwellian Trust & Safety Council. And if @terresamonroe (which is in reality NoisyRoom.net) disappears from Twitter, I’ll be in great company in the Twitter Gulag.