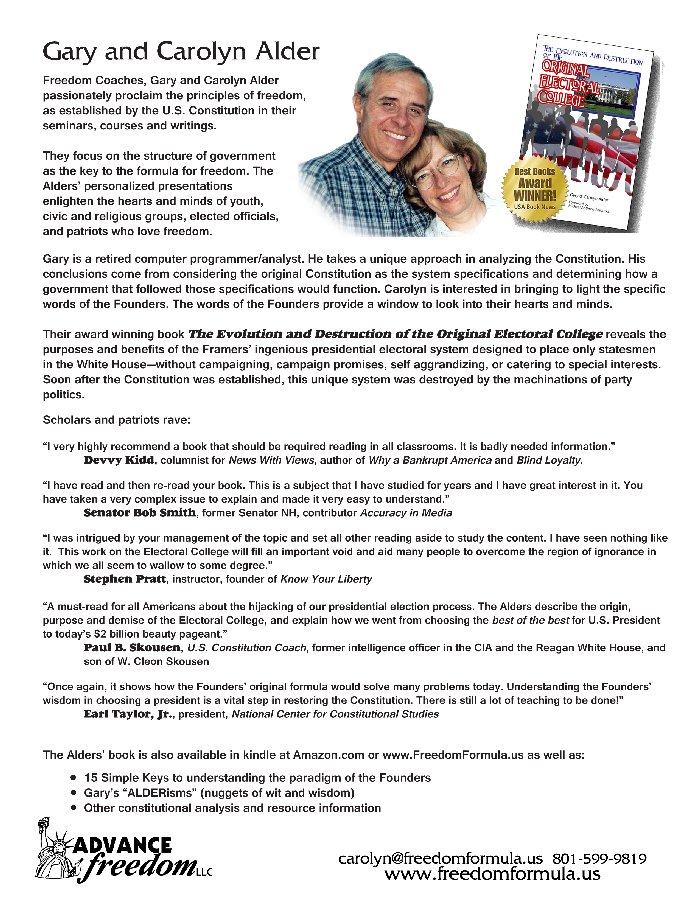 One thought on “If Your Nominating Process Resembles a Circus—You get Clowns in the White House: The Framers designed a far superior Process—the original Electoral College”