“Today our country faces a threat to the Internet as we know it,” Sen. Cruz says in the video. “The Obama administration intends to give away control of the Internet to an international body akin to the United Nations. Do we want China, and Russia, and Iran having the power to determine that if a website is unacceptable, it’s taken down? I urge my colleagues on both sides of the aisle to come together to ensure that we protect freedom of the Internet for generations to come.” 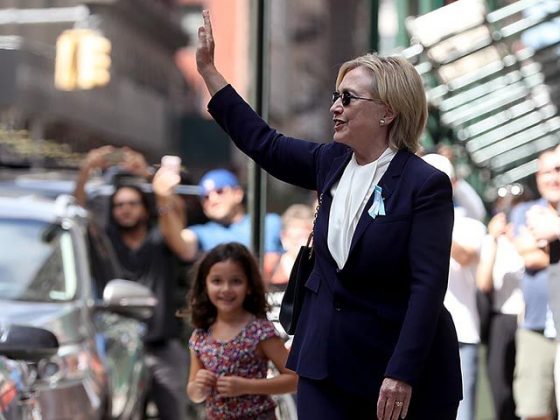 The media are returning to their protective mode regarding Hillary Clinton, after pretending to raise questions about her health. But very few questions have been answered. Here are some that still linger:

One day before her collapse, The Washington Post had accused Donald J. Trump of being a sexist for questioning her health. After the health debacle, the Post tried to give the impression that it was finally investigating with a story headlined, “Hillary Clinton has not been quick to share health information.” The story failed to note that one of the biggest concerns involves the fact that the FBI documents released in her email investigation said she couldn’t remember receiving a briefing on handling classified information. The story also didn’t mention the email she received about Provigil, a drug to treat symptoms of Parkinson’s.

This is not the first time that the media have covered up for a Democratic presidential nominee. The press helped John F. Kennedy and his physician cover up the fact that he was dependent on cortisone for Addison’s disease, a very serious disorder, and may have been using amphetamines.

Before he ran for president on the Democratic ticket in 1988, Michael Dukakis was a candidate for governor of Massachusetts in 1982. His campaign had concocted a false cover story about his wife’s drug problem. The press was told that Kitty Dukakis was recovering from hepatitis at a friend’s home in Minnesota when she was actually a patient at a drug-treatment clinic.

Despite the ongoing cover-up of Mrs. Clinton’s medical and health problems, some Democratic Party leaders must suspect or know she has a serious disorder and may not be able to fulfill her duties as President.

Yet the media are either trying to move on, or change the subject to Trump’s tax returns.

In order to try to make us forget what the world saw in that terrifying video of her near-collapse, the giant corporate search engines like Google are stacking the deck against results that can push the public and the media to seek more definitive answers.

In addition to playing down the nature of Hillary’s health problems, ignoring the follow-up questions or changing the subject, this is how Mrs. Clinton’s supporters in the media and elsewhere hope to sabotage the public’s right to know how sick she really is.