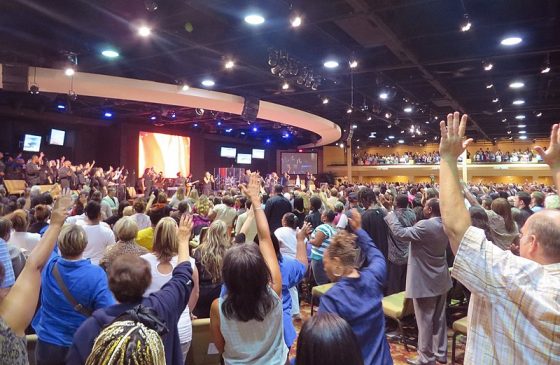 I have black and white Christian relatives who are extremely involved in their churches, faithfully attending every Sunday.  They sit in their favorite pew, singing, “I Have Decided To Follow Jesus.”  Why do most of these Christian relatives choose to ignore Democrats’, fake news media’s, public education’s, and Hollywood’s war on marriage, God’s sex distinctions, innocent life, and Jesus?

These regular churchgoers distance themselves from me whenever I post my articles on Facebook about Planned Parenthood’s obsession with killing babies even after they are born – infanticide.  Christian relatives were offended when my wife posted undercover videos that exposed that PP illegally sells dead baby body parts for profit.  A video revealed that PP is excited when its abortionists successfully kill babies without destroying the head because intact heads sell for premium prices.  My Christian relatives still passionately defend Planned Parenthood.  My wife Mary and I are their politically fanatical relatives.

Sadly, some Christian relatives seem to allow their public school-indoctrinated kids to tell them what to think.  These Christian parents support Planned Parenthood killing babies because their Millennial kids support Planned Parenthood killing babies.  Will God judge such parents for allowing their kids to seduce them into bending a knee in worship to the false god of political correctness?

Animal-lovers are prominent throughout my family.  Relatives who defend Planned Parenthood slaughtering innocent human babies would angrily call for the execution of anyone who harms a puppy.

I have never heard my Christian relatives even acknowledge that Democrats and leftists seek to ban Nativity scenes, in essence removing Christ from Christmas.  Bibles and Christianity are banned from public schools while Muslims are invited to share the beauty of Islam.  My relatives are mute about LGBTQ lessons becoming mandatory across America in public schools,beginning in pre-K?

Four-year-olds are being asked to choose the sex they want to be before starting school.  Lord help us. Teachers are forbidden to address students as boys and girls because it is deemed “gender-bigotry.”  And yet, professed Christian relatives want me to keep my racist, hateful, conservative, and Republican rhetoric to myself.

Some of my Christian relatives secretly think it is about time I become more religiously modern and embrace the redefinition of marriage.

In His word, God vows to punish certain behaviors along with those who support people engaging in what God calls sin.  Ponder that, folks.  We are living at a time in America in which Democrats use government to force Christians to disobey God, embrace anti-biblical behaviors, and betray their commitment to Jesus.  Conservative Brett Kavanaugh on the Supreme Court highly threatens Democrats’ power to use government to force their anti-Jesus agenda on Americans.  This is why demonic witches gathered to curse new justice Kavanaugh.

Christians have a responsibility to vote in defense of their religious liberty.

The mindset of most of my black Christian relatives is particularly puzzling.  They support Planned Parenthood despite knowing that it was founded by Margaret Sanger, who thought poor people were inferior and must be weeded out.  With disproportionate high numbers of black abortions, blacks are engaged in a self-imposed genocide.  Black professed Christian minister Al Sharpton supports large numbers of black moms killing their babies.

In his late 80s, my amazing black preacher dad, the late Dr. Rev. Lloyd E. Marcus, marched the drug-infested high-crime Baltimore black neighborhood around his church.  Dad carried a sign that read, “Stop the Killing!”  More and more neighbors joined and supported Dad’s march.  Dad knew that the problem is not racist white cops.  The problem is godless and fatherless black youths murdering each other.

A growing number of godly black pastors across America are standing up for real Christianity rather than loyalty to black groupthink and Democrats.  Unfortunately, most of my relatives and many black Christians support Black Lives Matter.  They believe the racist anti-America hate group’s lie that whites routinely murder blacks.  They ignore the epidemic of blacks killing each other every weekend in Democrat gun-controlled cities like Chicago; Baltimore; Detroit; and Washington, D.C.

Clearly, most of my black Christian relatives place loyalty to forever viewing themselves as victims of racist white America and supporting Democrats above their Christianity.  Victim mindsets and Democratic Party loyalty trump Jesus’s platform at the ballot box in the minds of many blacks.

One particular black relative is a rabid walking-dead Democrat zombie.  She rejects all facts and truth.  Fact: Trump has been an awesome blessing for blacks – unemployment at a historic low.  And yet, this faithful churchgoing relative along with others believe that Trump is a racist who hates blacks.  While I will continue praying for her, the Bible does speak of stubborn individuals who reject the truth.

One of my younger brothers is a bold, outspoken black conservative and Republican Christian who has attended the same Baltimore black church for 20 years.  He challenged his pastor to please stop including hate-filled anti-Trump rants every Sunday in his sermons.  The pastor continues to fill his congregation’s heads with CNN lies about Trump being an enemy of blacks.

Kanye West and other young influential blacks are breaking Democrats’ stronghold on the minds of younger blacks.  Still, a majority of black Christians worship their skin color and Democrats more than they worship Jesus.

I pray that Christians will come to see that Democrats’ war on our culture is really a spiritual war – the spirit of Antichrist.  When you strip away Democrats’ façade of compassion, social justice, and so on, it becomes clear that they reject Jesus, proclaiming Himself to be the only way to heaven.  Ninety-nine percent of leftists’ attacks on our cultural traditions involve poking a finger in the eye of Jesus and government forcing His followers to betray Him.

Democrats market themselves as super-advocates for homosexuals.  Muslims behead and throw homosexuals off buildings because of their sin.  Christians lovingly try to lead homosexuals to Jesus.  So why do Democrats brand Christians violent haters of homosexuals?  Why do they seek to silence and throw Christians into jail for publicly quoting the Bible?  Meanwhile, Democrats highly praise Muslims and threaten to jail anyone caught speaking badly of Islam.  Obviously, Democrats have disdain for Jesus.

A majority of my Christian relatives attend churches which that support leftists’ lie-based hatred for Trump while passively surrendering to anti-Christian and anti-America political agendas.  When these relatives invite me to their churches to join them in singing “I Have Decided to Follow Jesus,” I will politely pass and keep them in my prayers.