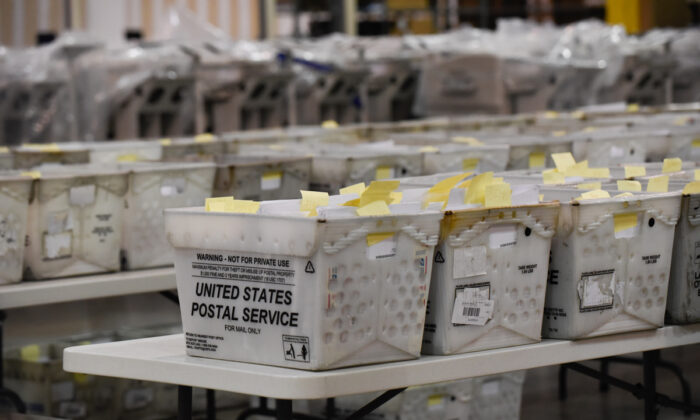 With 29 Electoral College votes—behind only California and Texas and tied with New York—Florida may well decide the 2020 election. California and New York are deeply blue states and Texas is moderately red, so purplish Florida will be heavily targeted as the most significant “swing state” in the nation.

Liberation Road (until April this year known as Freedom Road Socialist Organization or FRSO) flipped Virginia by signing up at least 300,000 new minority voters over the last several years and working with then-Gov. Terry McAuliffe to restore voting rights for an estimated 200,000 former felons.

Working through the New Florida Majority and allied organizations FRSO/Liberation Road has signed up hundreds of thousands of new minority voters in Florida and helped pass a referendum giving 1.4 million “Sunshine State” former felons the right to vote.

They also helped to raise the Democratic vote for their friend Andrew Gillum in the 2018 governor’s race. Gillum only lost because Donald Trump endorsed Republican Ron DeSantis who called Gillum out for the socialist he undoubtedly is. Given that Gillum is now working with the Florida left to sign up another million minority Democratic voters, it’s entirely possible that China’s American franchise Liberation Road may well decide who wins the 2020 election.

FRSO has been active in Southern Florida since at least 1999 when the Miami Workers Center was founded by FRSO affiliates Gihan Perera and Tony Romano.

Though never FRSO’s strongest section, the Miami branch has been reinforced in recent years with comrades from North Carolina, California, and the Northeast.

Perera founded Miami-based The New Florida Majority circa 2009 (as Florida New Majority). He would staff his new organization with Maoist comrades, including political director Badili Jones—one of the very few open FRSO members.

In 2007, Perera (who now runs programs for the Ford Foundation) and John Liss of New Virginia Majority, established a nationwide umbrella group for FRSO-affiliated community groups called the Right to the City Alliance.

The New Florida Majority immediately set out to harness the power of minority voters to move Florida left.

“Through street-level organizing, The New Florida Majority is overcoming the dark days of racism and divisiveness in the Sunshine State to bring the new light of fairness and equity to all residents.

“In 2012, The New Florida Majority’s mobilization efforts resulted in the election of ten new progressive Federal and State legislators in Florida. Through our Breakthrough campaign, we reached more than 250,000 voters across the state, 76% of which turned out on election day.

“This year, The New Florida Majority organizers are mobilizing leaders to significantly expand democratic rights for communities that have been historically marginalized, excluded, and silenced. The key components of the campaign are voting rights, immigration reform, fighting mass incarceration, and standing up for women and our young people.”

In recent years, the New Florida Majority has chalked up victory after victory—local and state-wide. All apparently under the nose of the Florida Republican Party.

According to the group’s website the ”Majority” can claim credit for:

• Helped to win $15/hr living wage legislation in the City of Miami.

• Won lawsuit to extend voter registration period after Hurricane Matthew, which enabled 108,000 additional people to register during this election cycle.

But by far the New Florida Majority’s most important campaigns to date were the almost successful Gillum campaign and the concurrent push to pass Amendment 4—which gave most convicted felons the right to vote.

“In 2018, New Florida Majority made history with the passage of Amendment 4, which restored voting rights to over 1.4 million Floridians with felony convictions. Our work, along with the work of so many other groups who fought so hard for that win, continues today as the state legislature attempts to roll back our hard-won victory.”

Both campaigns saw the New Florida Majority deepen its ties with several allied organizations across the state through a new umbrella organization the Statewide Alliance Group (SWAG).

“Gillum seemed like someone who comrades could work with in office.

“Falling in line with the New Confederacy, DeSantis was less concerned with changing liberal minds than attacking liberal ideologies, making inaccurate associations of his opponent, and getting conservative voters to the polls.

“One door hanger asked the question, ‘Does this sound familiar?’ It depicted a picture of a street mural, by a local artist, of Andrew Gillum. Underneath the picture were the words, ‘Andrew Gillum: Another Big Government, Socialist Dictator’ followed by three more street murals of Venezuelan President Nicolas Maduro, Fidel Castro, and Hugo Chavez. It boldly proclaimed, ‘Don’t let the socialists take over Florida! Republicans must vote, there’s too much at stake.’

“On one hand, the door hanger was laughable, while on the other, it spoke to the intentional decision of grassroots organizations and a union to work collectively as Statewide Alliance Group …”

The attacks on Gillum worked. Although SWAG lifted the Democratic Party vote by a staggering 40 percent over the 2014 elections, DeSantis so boldly called out Gillum’s socialism that the Republican vote rose even more. Florida was saved from a socialist governor by razor thin 33,000 votes.

FRSO did better with Amendment 4, however, which passed 64 percent to 34 percent.

Thompson explained how the Florida left came together to pass Amendment 4:

“In addition, the Miami Workers Center (MWC) centered the Movement for Black Women and Girls with Soul Sista’s. Power U Center for Social Change continues to inform youth. Community Justice Project (CJP) supported Poetry for the People’s, Maroon Poetry Festival, which amplified the Black Arts Movement and use of art in activism.

“The age old social justice organizations such as NAACP, ACLU, Faith in Florida, PACT, and the likes, also joined the effort to get Amendment 4 passed. All used the same messaging in their conversations which advocated for a Yes Vote on Amendment 4. The strategy was to restore the rights of over 1.4 million voters as freedom voters.

“It was a brilliant, coordinated strategy in alignment and consistent communication that is beginning to consolidate a united front against the New Confederacy in Florida.”

Can Florida Be Saved From Socialism?

Most Florida voters who supported Amendment 4 thought they were simply being kind to people who had paid their debt to society. Many of the Amendment 4  “Yes” voters also voted against socialism and for Ron DeSantis. They had no real idea of who was behind the ballot initiative or why.

FRSO Maoists and their allies basically fooled several million compassionate Floridians into voting for their own destruction. It was never about restoring rights to the formerly incarcerated. It was all about several hundred thousand new potential Democratic voters.

Old-line Maoists believed that all power sprang “from the barrel of a gun.” Modern Liberation Road Maoists know that such crude tactics won’t work in the United States. They believe that total power can be better achieved by mobilizing minority voters to give a hard-left Democratic Party an unbeatable majority. Different tactics—same eventual result.

President Donald Trump would be well advised to hold several large rallies in Florida next year. His Sunshine State base loves him like a chocolate. If he’s there for them, they will turn out for him.

Donald Trump, Jr. recently told Fox and Friends that the 2020 election would be “communism versus freedom.” Florida will prove him correct.