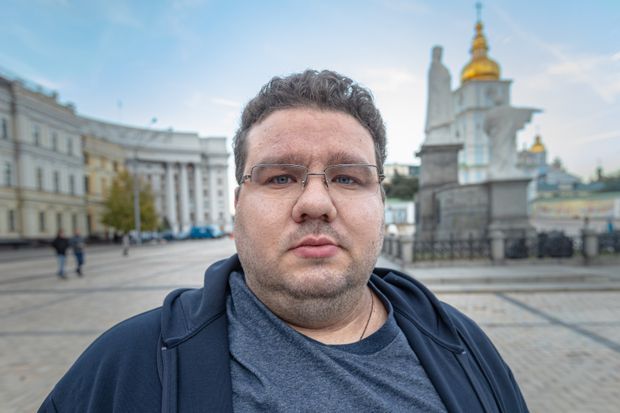 So, we have the phone call whistle-blower, Eric Ciaramella, visiting the Obama White House according to visitor logs an estimated 200 times. What?

Ciaramella held the positions of National Security Council director for Ukraine under Susan Rice and director of Baltic and Eastern European Affairs in the Office of Vice President Joe Biden. Ciaramella was advised by Adam Schiff’s staff to fill out a complaint on the Trump/Zelensky phone call and given the text of the complaint, it is obvious it was drafted by lawyers likely out of Schiff’s office, maybe even Daniel Goldman himself.

An anonymous “whistleblower” informs us that this was found in a hotel room that @RepAdamSchiff recently check out of. Hmmm… pic.twitter.com/hk3ni4G7ms

Anyway, Eric Ciaramella hosted a particular meeting on January 16, 2016, in room 230A at the Obama White House to discuss Ukraine, especially Burisma and the ‘Bidens’. Eric Ciaramella also hosted and chaired a meeting in Room 374 of the Eisenhower Executive Office, which seems to be a planning session to re-open an investigation of Paul Manafort which was to review the information that Alexandra Chalupa had gathered on Manafort. She was paid by the DNC to do so.

Artem Sytnykis the director of Ukraine’s National Anti-Corruption Bureau (NABU), a Soros group. Sytnyk was put on the public register of persons who committed corruption-related crimes in Ukraine.

Others at the meeting included:

Andris Razans: Ambassador of Latvia in Belgium (important, read below)

This meeting was where Ukraine’s corruption and the Biden/Burisma plot were launched to protect infectious relationships. This meeting’s central objective was to tell Ukraine to no longer investigate/probe Burisma and to allow the FBI to take full control. Kiev did not agree and hence later Biden stepped in with his threat to withhold the $1 billion loan guarantees unless Ukraine complied.

Andrii Telizhenko was in that meeting too and has since been cooperating in full with Rudy Giuliani and is essentially a whistleblower.

Telizhenko was previously a political office in the Ukrainian embassy. Ukraine was financially desperate to follow all instructions put forth by the United States during the Obama administration and now is having to do the same with a new administration under President Trump and the new Ukraine president Zelensky for any kind of survival to maintain stability and not fall to Russian aggression or annexation.

Then it seems the FBI did gain some control and curiously, a former U.S. Deputy Assistant Attorney General, John Buretta was hired to defend Burisma president Nikolay Zlochevskyi for income tax evasion and money-laundering. The truth be told, Burisma bought justice by agreeing to pay $7.4 million in back taxes and fines. Burisma can hire who they want and did but having Devon Archer and Hunter Biden on the Board did allow for political cover, access, and favors.

In 2014, Prime Minister Theresa May held a summit for leaders from a handful of countries who attended to plot out a plan to provide Ukraine with some leadership guidance and financial assistance after the billions stolen by the former Ukraine president Yanukovich and others in the government from the coffers of the Ukrainian treasury and various banks. Over the years, in fact, hundreds of billions had been stolen… you read that right. Those monies traced to various countries and accounts (tax havens) around the world including South East Asia, the Caribbean, Cyprus, London, Latvia, Luxembourg, and even Liechtenstein.

One account held in a London bank belonged to Mykola Zlochevsky who at the time was not only the Ukraine Resource Minister but the CEO of Burisma. All the while, Russia had officially annexed Crimea and had immediate plans to do the same with Ukraine. Ukraine had no money to fight a war and needed immediate financial assistance from the International Monetary Fund and guidance from the United States, hence then-President Obama assigned the Ukraine portfolio to Vice President Biden. Various banks around the world that could be attributed to belonging to Ukraine, or by corrupt oligarchs were frozen. This was to stop the bleeding and begin a full and comprehensive investigation by various financial fraud experts of Western nations.

It is no wonder that big print and cable news media is attacking Rudy Giuliani as he is Trump’s personal attorney and the former prosecutor has been investigating all of this for a very long time and has a cache of tangible evidence. To complicate matters even further, we have Andrii Derkach who initiated the criminal case of the interference in the U.S. elections.

In part from a long Guardian article published on April 12, 2017:

On 19 January, the day before Trump’s inauguration, Zlochevsky’s gas company announced it was becoming a funder of the Atlantic Council, a prominent Washington thinktank. The Atlantic Council declined to say exactly how much money the tycoon had offered, only that his donation had been between $100,000 and $249,000. A month later, Burisma hired a new director. Joseph Cofer Black does not appear to have any more experience of Ukraine than his colleague Hunter Biden but – as an ex-ambassador and a former director of the CIA’s counterterrorism centre under George W Bush – he is likely to have lots of useful contacts in Washington.

Zlochevsky’s last public appearance was in June 2016 at a Burisma-organised alternative energy forum, co-hosted in Monaco by Prince Albert II, who made the keynote speech. Photographs of the event showed Hunter Biden posing with various comfortably retired ex-politicians, wearing a blue suit twinned with highly-polished brown shoes. Zlochevsky was tanned and healthy in an open-necked shirt, while a more formally dressed Prince Albert placed a solicitous hand on his back.

Perhaps there should be witnesses in the Trump impeachment trial in the Senate, in fact, there should be 200-300 of them and not only should Hunter Biden and the whistleblower be among the witness list, but Eric Holder needs to be on the hot seat too.