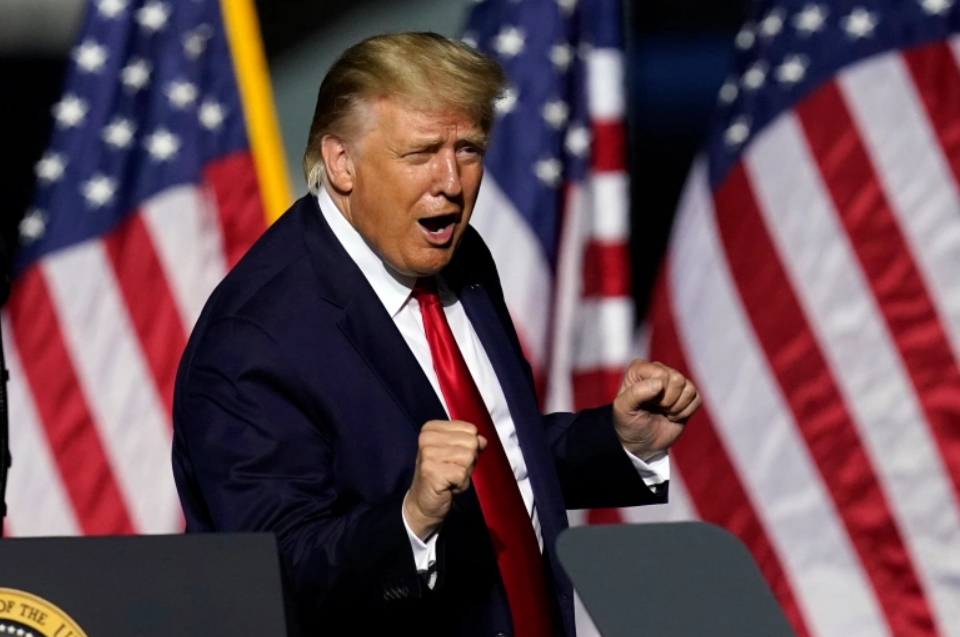 After nominating a man who dresses like a woman for a top health post in his administration, Joseph R. Biden declared in his inauguration speech: “…we must reject a culture in which facts themselves are manipulated and even manufactured.”

That he/she is Dr. “Rachel” Levine, a man who wears lipstick and a dress and has been Pennsylvania Secretary of Health. Levine has been nominated as Assistant Secretary of Health, a Senate-confirmed post.  Levine sent many old people to their deaths from Covid in nursing homes while saving his/her own mother.

An expert on Levine’s tenure, Diane Gramley of the American Family Association of Pennsylvania, discussed Biden’s DNA-denial agenda of transgenderism, with a focus on his nomination of Dr. “Rachel” Levine, on an edition of America’s Survival TV.

But Biden, the man “elected” through vote fraud declared, “There is truth and there are lies. Lies told for power and for profit.”

There are lies, lies, and more lies. Rather than hold the U.S. Capitol Police responsible for shooting and killing an unarmed Trump supporter, military veteran Ashli Babbitt, the media are accusing President Trump of saying things he did not say. On top of this dishonesty, Big Tech censors the president. This is the equivalent of Soviet state media.

But Trump can have the last laugh.

Consider this from Mike Calia of CNBC: “Before boarding Air Force One, he [Trump] stood by the incendiary remarks he gave prior to the Capitol riot.”

Here are Trump’s so-called “incendiary remarks” — “We have come to demand that Congress do the right thing and only count the electors who have been lawfully slated. I know that everyone here will soon be marching over to the Capitol building to peacefully and patriotically make your voices heard.”

Calia wrote: “While he said that violence should be avoided, he again stopped short of telling his supporters not to commit any violent acts.”

Trump called for a peaceful demonstration. And the violence was planned in advance of Trump’s speech anyway.

But when you ask for a correction from CNBC, here’s what happens: “Thoughts? Email Mike Calia at [email protected]”

I sent a response to several levels of corporate bureaucracy.

As a long-time media watchdog, having been with Accuracy in Media for 40 years, how can you assert claims of vote fraud are “baseless?” Such a baseless assertion on your part casts doubt on everything else you write.

No wonder trust in media is at an all-time low.

How many poll watchers or lawyers have you interviewed about what happened?  I have interviewed several, including Dave Evans, who was in Michigan. He provided photos of how vote counting centers were guarded to prevent entry and cardboard put on windows to prevent observers from watching. I have those photos.

I received this response:

Thanks for contacting CNBC Customer Care.

While we are not able to put you in direct contact with our editors or producers, CNBC welcomes all idea submissions and feedback. We will forward your message to the team for review, and they will be in touch directly if they require additional information.

Don’t hesitate to reach out with any other questions or comments.

Hope you have a great rest of the day!

Echoing the disinformation and lack of accountability, Senate Republican Leader Mitch McConnell says the mob “was fed lies” and that Trump and others “provoked” them.

All Trump did was recite the evidence of election fraud, and how, according to his constitutional attorney John Eastman, Vice President Mike Pence could send the electoral certifications back to the states.

One reader commented, “Pence delivered the coup de grace to our country by not doing what he should have. He not only stabbed Trump in the back, but he stabbed all conservatives in the back too. He showed the true colors of the Republicans.”

I think this view is shared by most Republicans.

Pence has no future in the GOP and Mitch McConnell will follow him into oblivion. The GOP will go the way of the Whigs.

It’s reported that Trump has told associates that he is planning a new party, a Patriot Party. “The movement we started is only just the beginning!” he says.

He will return to dance on the grave of the GOP.