The Biden Administration, Big Tech, and other organizations will go to almost any extreme, including propaganda, to promote their priorities. Their efforts on COVID vaccines may be a trial run for what we may see for the next three years on a range of issues. With vaccines, we have already seen social media censor those who have raised legitimate concerns or objections to various COVID vaccines.

“Now we need to go to community by community, neighborhood by neighborhood, and oftentimes, door to door — literally knocking on doors — to get help to the remaining people protected from the virus,” President Biden said.

“Trusted” local leaders could be going door-to-door to discuss getting vaccinated. The administration also may enlist Big Tech companies to manage our views countless issues, by controlling our access to information.

Make no mistake about it, this is a huge propaganda effort, and it is troubling. A campaign that “suppresses the conversation; the man opposite is no longer an interlocutor but an enemy,” French philosopher Jacques Ellul wrote in his book Propaganda: The Formation of Men’s Attitudes. Taken together, the administration’s efforts paint a picture of an emerging, out-of-control police state. Those of us who disagree with the administration are no longer citizens, it seems we have become enemies of the state.

END_OF_DOCUMENT_TOKEN_TO_BE_REPLACED

In an article recently published on The Gateway Pundit, a source inside China during the early stages of the COVID-19 pandemic and familiar with the operations of the Chinese People’s Liberation Army (PLA) claimed that a test release of the virus was conducted during the 2019 Military World Games, which was held in Wuhan from October 18–27, 2019.

According to that source, the subsequent outbreak in Wuhan was entirely unexpected. That is, there was no accidental laboratory leak, but the unintended COVID-19 spread among the Chinese population of Wuhan for which the PLA had vastly underestimated its transmissibility.

If there was an environmental test of COVID-19 by the PLA, whether at the 2019 Military World Games or elsewhere, expertise in the areas of environmental microorganism surveillance and the analysis of the spread of viral disease in human populations would be essential.

In recent years, the PLA has made extraordinary efforts to fulfill those requirements, starting with the fusion of military and civilian bioaerosol research, which was initiated at a joint symposium between the PLA and Peking University held on January 8-9, 2017.

Everyone should accept the fact that in China there is no difference between military and civilian research. The fusion of those research and development sectors was mandated by the 2016 Chinese Communist Party’s Thirteenth Five-Year Plan.

END_OF_DOCUMENT_TOKEN_TO_BE_REPLACED 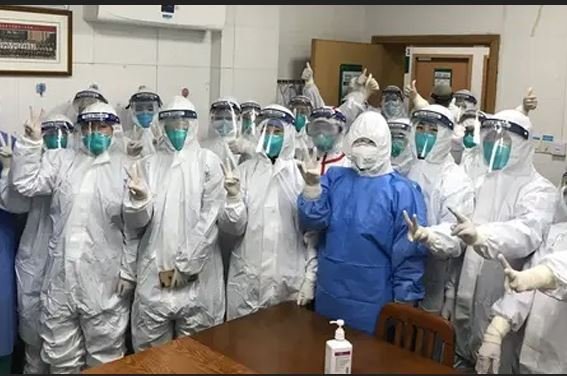 There are U.S.-based Chinese scientists collaborating with China’s military and, based on direct evidence, arguably coordinating propaganda efforts with the Chinese Communist Party (CCP) to absolve itself of responsibility for the COVID-19 pandemic.

What is described in this article is only the tip of a very large iceberg.

It does not include Chinese Communist Party operatives in the federal government, state legislatures, universities, and in so-called Chinese-American social or cultural organizations.

Since the 1990s, U.S. universities and research institutions have been colonized by CCP and People’s Liberation Army (PLA) scientists.

Those scientists, some becoming U.S. citizens, have maintained working relationships with scientists in China, including those in the PLA.

The research they are conducting with the PLA is supported by U.S. funding, much of which is derived from Anthony Fauci’s National Institute of Allergy and Infectious Diseases.

These are at least partially coordinated from the Chinese-American professional organization, the Virology Division of the Society of Chinese Bioscientists in America (SCBA) of which Shan-Lu Liu of Ohio State University is president.

Not only does Shan-Lu Liu collaborate with PLA scientists like Cheng-Feng Qin, believed to be a key figure in China’s biowarfare program, but there is evidence pointing to his role as an organizer of CCP propaganda in the U.S.

That propaganda coordination is done via private chat rooms online that include CCP scientists and members of the SCBA.

END_OF_DOCUMENT_TOKEN_TO_BE_REPLACED 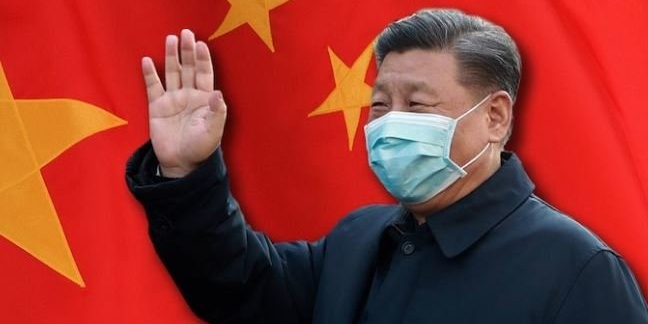 Since the 1990s, U.S. universities and research institutions have been colonized by Chinese Communist Party (CCP) and People’s Liberation Army (PLA) scientists.

According to Dr. Li-Meng Yan’s second report, the COVID-19 virus succeeded in fulfilling the criteria of an effective bioweapon as described in 2005 by PLA General Rui-fu Yang:

In 2010, General Rui-fu Yang together with three of his senior PLA colleagues Zhi-Kai Xu, Zhong-Tian Qi, and Fu-Quan Hu wrote that the new era required a military microbiology strategy that “should strive to cultivate and bring up a team of scientific and technological talents with strong innovation ability” regarding “pathogenic substances, pathogenic mechanisms and immune mechanisms of important pathogenic microorganisms” “including the construction and management of high-level biosafety laboratories” for research related to “biological warfare.”

END_OF_DOCUMENT_TOKEN_TO_BE_REPLACED

Having déjà vu over the Saigon and Kabul evacuation attempts is unsettling. But living through Kabul’s manufactured nightmare with the sole purpose of replacing a sitting president for his incompetency is the definition of pure evil. “They” aren’t that stupid.