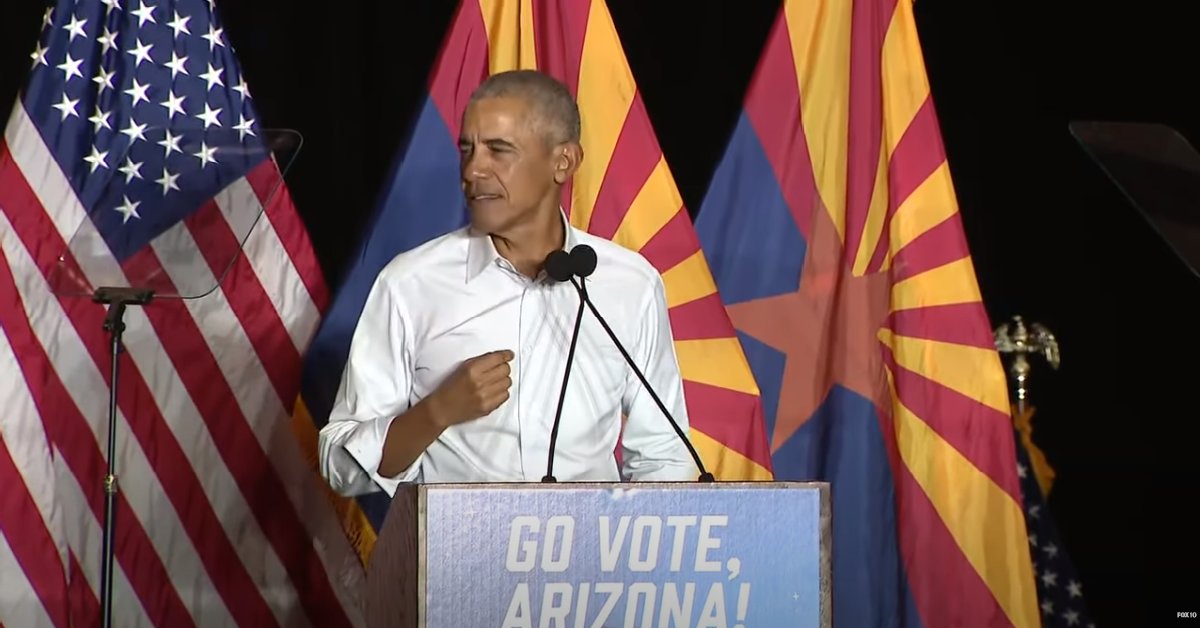 So let’s understand what a possible Red Wave will mean and why the “progressives” will continue to maintain a political edge.

To repeat a point that I have been making for years, America’s current predicament is the result of eight years of Barack Hussein Obama, a Marxist student of Russian agent Frank Marshall Davis. After his two presidential terms, Obama met with Chinese Communist President Xi to plot the final phase of the world revolution. That meeting led to the release of the China virus, the “election” of Joe Biden, and the Russian invasion of Ukraine.

This meeting was further proof that Obama’s Marxist experiment was being organized in cooperation with China and Russia.

To recap what happened at this critical meeting, Obama in November 2017 rushed over to Beijing to clink glasses with Chinese dictator Xi Jinping, General Secretary of the Communist Party of China. The Chinese media hailed the reunion as a meeting of “veteran cadre,” an extraordinary term that means the former U.S. President has been operating as a communist agent or operative.

Obama also worked with the Russians, when he was caught telling them he needed “more flexibility” to accommodate Vladimir Putin’s objectives. Acting on behalf of Obama, Biden did the rest, encouraging a Russian invasion of Ukraine and the no-win war against Russia that America is funding under “Commander-in-Chief” Biden.

Why didn’t conservatives call Obama a Marxist? They were scared of being called McCarthyites.

Remember that the Republicans failed to impeach Obama for actions that would have forced the resignation of a Republican president. In this context, Republicans were scared of being called racist for impeaching America’s first black president.

At this critical juncture, we need to go back in history and understand what Obama has already accomplished. My group, America’s Survival, Inc., published three books on the political significance of the Obama presidency.

Tragically, Trump and his people didn’t grasp the problem. After all, among other mistakes, he nominated Christopher Wray as head of the FBI.

I have long argued that the destruction of our two-party political system has been so successful that our main hope is that the Supreme Court, under the influence of Trump’s three nominees and a “conservative” majority, will contribute to conservative victories, such as we have seen on the right to life and Second Amendment rights. Another potential victory is another ruling that will eliminate affirmative action in education.

All of this is important to put into context because of all the hype surrounding a possible Red Wave on November 8.

The impotence of any future Republican Congress can be seen in the activities of the central bank, the Federal Reserve, which is raising interest rates, leading to much higher mortgage interest rates, trouble in the housing market, and a recession.

There is nothing Congress can or will do about this.

But Congress can offer hope by proposing a new currency, crypto, that people can invest in. This is the kind of issue that captures the imagination and gives millions of Americans hope that American capitalism can be saved and individual freedom restored.

A group of lawmakers, mostly Republicans, have introduced the Financial Freedom Act, to prohibit regulations that limit the type of investments that self-directed 401(k) account investors can choose through a brokerage window. The bill allows individuals to invest in cryptocurrency. It’s a good first step.

Today, Americans are so despondent over our economic situation that even some conservative states are contemplating the legalization of marijuana, to generate tax revenue. In exchange, we get more mental illness and violence, as we all saw in the case of the doper who was arrested in the Pelosi house and the Marjory Stoneman Douglas High School shooter Nikolas Cruz, a pothead who reported communicating with demons.

But there is some resistance. Rep. Vicky Hartzler held a Marijuana Impact Roundtable in Columbia, Missouri. A previous event featured testimonials from those overcoming cannabis addiction, parent groups, law enforcement officials, and prosecutors.

Obama, of course, was our first stoner president. A former member of the “Choom Gang” of heavy marijuana users, he has endorsed former marijuana company executive Wes Moore for governor of Maryland. Maryland is one of those states voting on the legalization of dope on November 8.

As he returns to the campaign trail, Obama is thinking ahead and planning to outmaneuver the Republicans, even after a Red Wave is scheduled to occur.

So let’s put the Hunter laptop “investigation” on hold and urge Congress to hold some long-overdue hearings into Barack Hussein Obama’s links to Frank Marshall Davis, Russia, and China.  That’s where the “fundamental transformation” of America began.