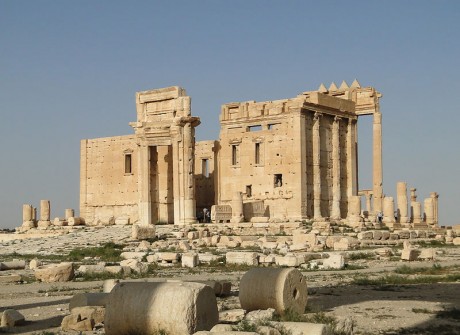 I attended the very first meeting of the Moral Majority held in Indianapolis in February of 1980. I was the Washington state director of the MM and have been a leader of the “Christian right” ever since.

Today an estimated 1000 evangelical leaders are making a pilgrimage to Trump Tower to “listen” to Donald Trump.

The organizer of this meeting came to my office to tell me in person why I wasn’t being invited. I had been too vocal in my antiTrump views.

I appreciated his courtesy in coming to me and he agreed that the obvious implication of the meeting was to rally support for Trump.

While I don’t question the motives of those who are trekking to the Tower, I strongly dissent from the wisdom of their chosen path.

This meeting marks the end of the Christian Right. The premise of the meeting in 1980 was that only candidates that reflected a biblical worldview and good character would gain our support.

Today, a candidate whose worldview is greed and whose god is his appetites (Philippians 3) is being tacitly endorsed by this throng.

They are saying we are Republicans no matter what the candidate believes and no matter how vile and unrepentant his character.

They are not a phalanx of God’s prophets confronting a wicked leader, this is a parade of elephants.

In 1980 I believed that Christians could dramatically influence politics. Today, we see politics fully influencing a thousand Christian leaders.

This is a day of mourning.

I agree 1000%. This is prophetic to me. 1000 evangelical leaders kneeling before Donald Trump at Trump Tower is the height of blasphemy. It reminds me of those who worship before Baal. The Christian Right is no more.

Outside of a framework of prophecy, it isn’t the business of politics to dictate to moral leaders… politicians are not moral leaders… when moral leaders go to politicians for advice on how to persuade their constituents, their flocks, their congregations, then we have an inversion of moral and ethical principle. We have the people who should be guided by moral leadership, instead dictating to moral leadership. This means instead of power being guided by enlightenment, enlightenment is being alloyed, coerced and “persuaded” by power. Historically, the most recent and starkest example of this is the visage of Hitler replacing the crucifix at the alters of so many churches in early 20th century Germany and as we all remember, morality was one of the first casualties of that power structure.