Dalton Trumbo was a Hollywood screenwriter in the 1940s who was a Soviet, Stalinist sympathizer, and a hardcore Communist. Trumbo is listed as one of the “Hollywood Ten,” along with nine other screenwriters, producers and directors.

It was John Howard Lawson who, in the mid-1930s, organized the Hollywood branch of the Communist Party. Lawson was a determined New York Communist and a writer for theater productions. He moved to Hollywood and began his recruiting efforts under the aegis of Moscow.

Prior to 1939, the Hollywood Communists, along with Communist Party members worldwide, were vehemently anti-fascist and anti-Nazi. But, following the signing of the Non-Aggression Pact (i.e. Molotov-Ribbentrop Pact) by Hitler and Stalin in 1939, the group switched their stance—literally overnight—from anti-Nazi to pro-Nazi. This sudden switch in position was ordered by Josef Stalin. Some Communists did, in fact, leave the Party as a result of the abrupt switch in position. But most members of the Communist International (i.e. Comintern) dutifully obeyed.

Dalton Trumbo did not leave the Party following the Kremlin’s reversal on fascism and Nazism. Instead, Trumbo publicly voiced his support for fascism and Nazism for two years. While the Hollywood Communists had urged assistance and aid for the victims of fascist and Nazi aggression prior to the Non-Aggression Pact, afterwards the group urged the FDR administration to stay out of World War Two. They were more than happy to allow Hitler and Stalin to carve up Europe as they saw fit.

When Hitler’s armies attacked the Soviet Union in June 1941, the group quickly reverted back to their anti-fascist and anti-Nazi stance. After World War Two, Stalin reverted back to anti-western class warfare.

During the war, the Hollywood Communists began to write screenplays for a raft of movies with a patriotic theme, such as 30 Seconds Over Tokyo, Action in the North Atlantic, Sahara, Pride of the Marines, Destination Tokyo, etc. These were movies that cheered the U.S. war efforts. But the motive driving the men who produced these films wasn’t meant to promote U.S. patriotism, but rather in defense of Stalin’s grip on Russia, since the U.S. and Soviet Russia now had a common enemy in the Nazis. The pro-U.S. stance during the war was only to bolster support for the Soviet Union as an ally against Hitler.

The Hollywood Communists literally gained a stranglehold on the production of any anti-communist movies to the point that they were slowed, and even stopped. The scholar Kenneth Billingsley discovered Dalton Trumbo wrote in the communist publication The Daily Worker about films which he said communist influence in Hollywood had prevented from being made, such as the proposed adaptations of Arthur Koestler’s anti-totalitarian works Darkness at Noon and The Yogi and the Commissar, which described the rise of communism in Russia.

American playwright and screenwriter Howard E. Koch was able to convince a Hollywood studio to pay for a “Soviet advisor” to assist him in writing the script for Mission to Moscow, a 1943 film directed by Michael Curtiz, based on the 1941 book by the former U.S. ambassador to the Soviet Union, Joseph E. Davies. The movie was produced in response to a request by Franklin D. Roosevelt.

A scene from the 1943 movie Mission to Moscow.

“I believe, sir, that history will record you as a great builder for the benefit of mankind.”

Koch’s hand-picked Soviet advisor was a KGB agent whose job was to make sure the script was current with the Party line. At a time of famine, the first thing the principals encounter at the Moscow rail station is a throng of happy food vendors selling everything from bread to smoked salmon. Stalin’s show trials are explained as a rooting out of Nazi spies. The Finns are shown attacking the USSR. And this was a Hollywood movie!

After the WWII, the Hollywood Communists dutifully followed Stalin’s lead and began attacking U.S. policies, and denying Soviet atrocities. They even refused to allow the presentation of evidence that the Jews in Russia were being ruthlessly and brutally persecuted by the Stalin regime. Dalton Trumbo audaciously claimed three-and-a-half million Jews were living peacefully in Soviet Russia “under the protection of the laws that ban discrimination of any kind.”

In 1947, the House Committee on Un-American Activities (HUAC) launched an investigation in Hollywood into the communist influence within the U.S. film industry. The focus of the investigation initially started with a German Communist, Gerhart Eisler, whose brother was involved with movie-making.

Louis Budenz told the HUAC that Eisler’s role in the Communist Party of the United States was to lay down Comintern discipline to “straying functionaries”. However, the most powerful evidence against Eisler came from his sister, Ruth Fischer. She described her brother as “the perfect terrorist type”. Fischer had not been on speaking terms with her brother since she was expelled from the German Communist Party (KPD) in 1926 after attacking the policies of Joseph Stalin…. She told the HUAC that Eisler had carried out purges in China in 1930 and had been involved in the deaths of numerous comrades, including Nikolay Bukharin.

Time Magazine reported: “One of the witnesses who denounced him was his sister, sharp-chinned, black-haired ex-German Communist Ruth Fischer, the person who hates him most. In the beginning, as children of a poverty-stricken Viennese scholar, they had adored each other. Ruth, the older, became a Communist first. Gerhart, who won five decorations as an officer of the Austrian Army in World War I, joined the party in the fevered days of 1918. They worked together. When Ruth, then a bundle of sex appeal and intellectual fire, went to Berlin, Gerhart followed. She became a leader of the German Communist Party, and a member of the Reichstag. But Gerhart took a different ideological tack, began to covet power for himself. He applauded when Ruth was banished from the party by the Stalinist clique.”

The HUAC investigators were approached by a number of anti-communist screenwriters, producers and movie stars who were victims of the Hollywood Communists’ stranglehold on the American film industry. It was the anti-communists who were the victims of blacklisting, not the other way around.

Originally, 19 unfriendly people were called before the House committee, before being whittled down to ten. The list of the “Hollywood Ten” includes Alvah Bessie, Herbert Biberman, Lester Cole, Edward Dmytryk, Ring Lardner Jr., John Howard Lawson, Albert Maltz, Samuel Ornitz, Adrian Scott and Dalton Trumbo. The ten remained uncooperative throughout the entire HUAC investigation. But the House committee produced indisputable proof that each was a member of the Communist Party.

Contrary to the well-established myth that it was HUAC who blacklisted the Hollywood Ten and barred them from work within the film industry, it was, in fact, the motion picture executives at the time who banned the Hollywood Ten. The blacklist resulted from a meeting of fifty top officials with the Motion Picture Association of America, the Association of Motion Picture Producers and the Society of Motion Picture Producers held at the Waldorf Astoria hotel in New York City, in 1947.

Eric Johntson, who was head of the Motion Picture Producers Association at the time, spoke on behalf of the industry, stating, “We will not knowingly employ a Communist or a member of any party or group which advocates the overthrow of the government of the United States by force of by any illegal or unconstitutional methods.”

On June 5, 1947, while speaking to the Screen Writers Guild, Johnston went on to say:

“I don’t like American Communists. Bluntly, I think they are treasonable and subversive. They are potential foreign agents — they are dopes and suckers for the 14 men who sit in the Kremlin and pull the strings which make Communists toe the party line everywhere. Let me make it clear that I do not mean to imply that an American citizen has no right to advocate a collectivist form of society in America if he so desires. That’s his privilege under the Constitution. But there is no Constitutional immunity for sedition, subversion or treason. I want to see it become a joke to be a Communist in America. I want it to be fashionable to radiate conviction and pride in our democratic capitalism.

“We ought to ridicule the so-called intellectuals who have made a good living denouncing those who believe in the American system as having economic halitosis and political b.o. [i.e. ‘body oder’] Hollywood can take the lead.”

Another common myth associated with the blacklisting of the Hollywood Ten is that it was perpetrated by Senator Joseph McCarthy. Joe McCarthy was not part of the House committee. McCarthy’s committee ran from 1953 to 1954. Besides, he was a senator. McCarthy was chairman of the Senate Internal Security Committee. He had nothing to do with investigating Communists in Hollywood. The blacklisting of the Hollywood Ten was not done by HUAC, or Sen. Joseph McCarthy, but by executives within their own industry!

Many of the Hollywood Communists lost their jobs, or were sent to jail. But many continued to their work under an assumed name, or going abroad to work. They eventually returned to Hollywood, and have practically been deified by the Hollywood set. Of the ten, only Edward Dmytryk expressed any misgivings. He wrote a big book about his experience entitled Odd Man Out.

In the 1990s, Dalton Trumbo snickered, “Yeah, we were Communists … so what?” He never regretted his rejection of Americanism, or his support for totalitarianism, or his glorification of Josef Stalin.

The blacklist was broken in the 1960s. The Hollywood Ten started to use their real names. In the 80s and 90s several films were produced—such as Legacy of the Hollywood Blacklist (1987) and Guilt by Suspicion (1991)—glorifying the Hollywood Ten, and portraying them as virtual “heroes.” 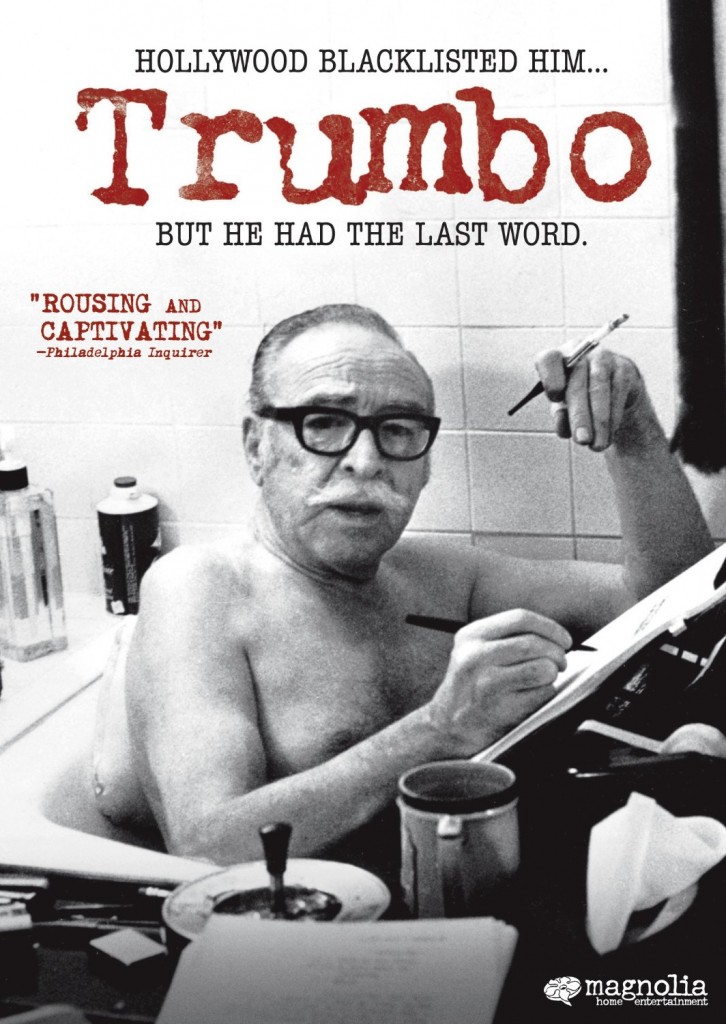 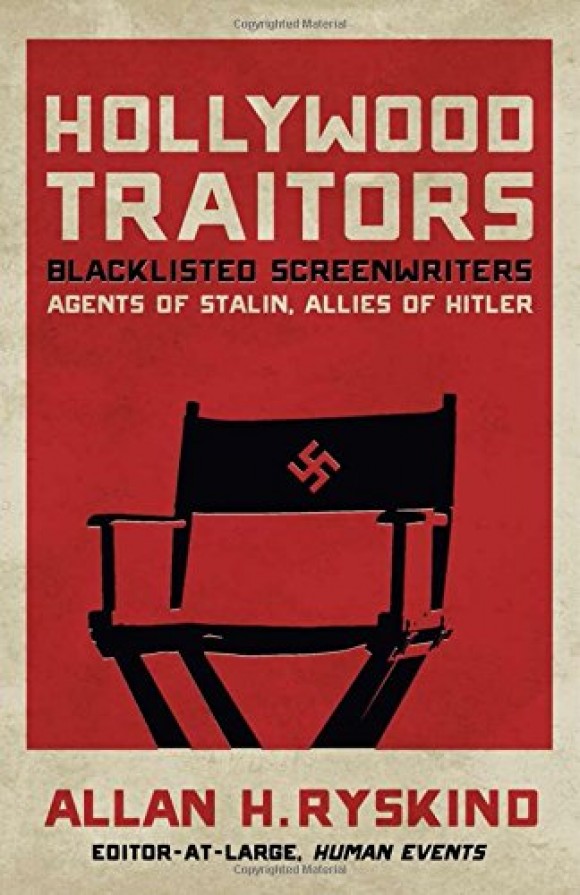