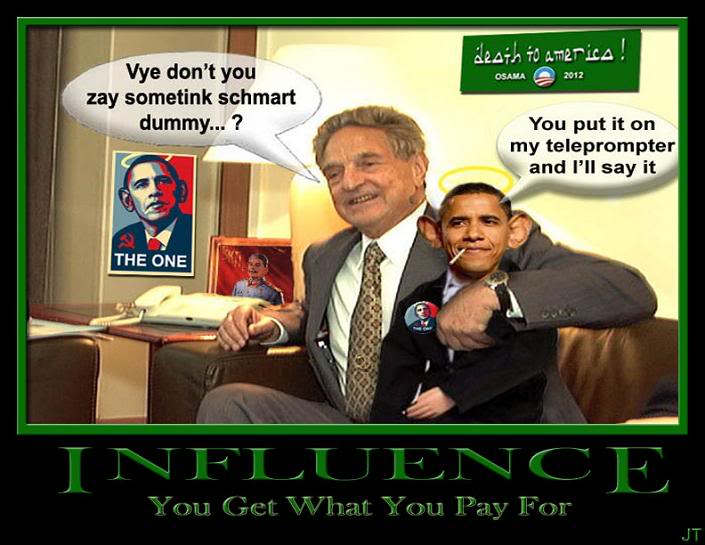 Moments before a roll call began in the Assembly Thursday, reporters heard a crash outside the chamber. They rushed out and saw a man on the ground. Police officers were on top of him. They handcuffed him and led him away.

‘A New Majority: 2011’ from Republican Governors Association on Vimeo.

We Are The Lame Horse (Hat Tip: Larwyn)

AHMADINEJAD SAYS “THE FINAL MOVE HAS BEGUN”: Revolution in Egypt managed by the Twelfth Imam

The Time of the Brothers? (Hat Tip: Larwyn)

Adolfmadinejad: Obama “doesn’t even know how to spell his own name” (Hat Tip: Larwyn)

Kerry Plays With Fire by Backing an Uprising in Bahrain (Hat Tip: Larwyn)

A Texas Teacher Looks At Wisconsin

Earlier this week, President Obama released the White House’s budget proposal for fiscal year 2012 along with their budget projections for the following 10 years. The White House projects a record budget deficit in 2011 of $1.645 trillion, but for the deficit to be reduced to $1.101 trillion in 2012, $768 billion in 2013, $645 billion in 2014, and a low of $607 billion in 2015, before rising back up to $774 billion in 2021. We give Obama credit for being honest and admitting that he has no intention of making any attempt to balance the budget. However, NIA believes the White House is making ridiculous assumptions and deceiving the public about future budget deficits.

In our opinion, the White House will be right about the U.S. having a record budget deficit in 2011. Unfortunately, we believe this is the only thing they will be right about. Any proposed spending cuts coming out of Washington today are so small that they are a waste of time even discussing. The truth is, the total cost of Social Security, Medicare, Medicaid, and other mandatory programs alone will be $2.2 trillion in 2011. Then when you add in the projected $205 billion in interest payments on our national debt in 2011, we will have a budget deficit of $235 billion right there without including any of the government’s $891 billion in security and $496 billion in non-security discretionary spending.

NIA believes that after our record budget deficit this year, there is a 99% chance that we will continue to see more record budget deficits in the years ahead. Even if 2012 or 2013 saw a minor dip in our budget deficit, we could see budget deficits that are double or triple their current level within the next few years. In fact, NIA doesn’t think our nation will survive until 2021 based on the path we are currently on. The U.S. won’t be able to continue printing money to monetize the debt and deficits, without seeing an outbreak of massive inflation and perhaps hyperinflation at some point this decade.

To reach the White House’s projected reductions in the budget deficit after a record budget deficit in 2011, the White House is projecting that annual price inflation in the U.S. will rise from just 1.3% in 2011, to just 1.8% in 2012, 1.9% in 2013, 2% in 2014, and 2.1% per year from 2016 through 2021. NIA believes these numbers are unrealistic and that real price inflation in the U.S. is already north of 5%. NIA believes real price inflation is likely to rise above 10% in either the second half of 2011 or early 2012. The Federal Reserve has held interest rates at artificially low levels of 0% to 0.25% for over two years. Artificially low interest rates are very inflationary. In order to contain price inflation and keep it under control, the Federal Reserve must raise interest rates to above the real rate of price inflation. The Fed won’t do this because it would destroy our phony economic recovery.

If the Federal Reserve never lowered interest rates and kept them at 5.25% where they were in 2006, instead of having 5% price inflation today, we would likely have at least 5% price deflation. This means inflation is now conservatively 10% higher than where it would have been without the Federal Reserve’s destructive actions. To put this into perspective, with three years of 5% price inflation, a product becomes 35% more expensive than it would have been with three years of 5% price deflation.

It is absolutely insane for the White House to be projecting nominal 5% GDP growth per year, with inflation of only 2% per year. There is absolutely no chance of the U.S. economy seeing real GDP growth of 3% per year, which would be higher than our average real GDP growth during the biggest artificial boom in U.S. history. In our opinion, any GDP growth the U.S. sees this decade will be created entirely by inflation. Considering that the White House expects there to be a lot of GDP growth in the years ahead, they are clearly putting a lot of pressure on Federal Reserve Chairman Ben Bernanke to create as much monetary inflation as possible.

As part of the White House’s budget projections, they also project unemployment in the U.S. to decline from an average of 9.6% in 2011 to a low of 5.3% in years 2016 through 2021. Real unemployment in the U.S. today, after accounting for both short and long-term discouraged workers, is now approximately 22%. Between federal, state, and local government workers, government employees now make up 16% of all U.S. payrolls. Over the past 60 years, government employment growth has just about doubled the rate of U.S. population growth. During the upcoming hyperinflationary crisis, we could very easily see the number of government employees cut in half, which would send the official U.S. unemployment rate up to 16% and the real unemployment rate up to 29%.

The biggest problem NIA has with the White House budget is their projections for interest payments on our national debt. Historically, going back the past 50 years, yields on the 10-year bond have averaged about 7.2%. The 10-year bond yield has been skyrocketing in recent months and is currently 3.57%, up from being 2.381% on October 8th of last year. With the 10-year bond yield surging 50% over the past four months, there is no reason the yield can’t surge another 50% over the next six to twelve months up to 5.36%. Yet, the White House is projecting the bond yield to average 3% in 2011 and to rise to only 3.6% in 2012, 4.2% in 2013, and up to a high of 5.3% for years 2017 to 2021. Trust us, if interest rates on the 10-year bond don’t rise to 5.3% within the next six to twelve months, we guarantee they will still do so a lot closer to six months than six years.

With treasury yields having been held at artificially low levels for so long, we expect them to rise above historically average levels and remain there for many years. There is no doubt that we will see bond yields back above 7.2% in the years ahead. As inflation begins to spiral out of control, we expect to see bond yields rise to above 10% and beyond. The White House doesn’t expect interest payments on our national debt to rise above $500 billion until the year 2015. They’re projecting net interest payments in 2015 of $505 billion with our public debt averaging the year around $13.9 trillion. In order words, they expect us to pay only 3.6% interest on our debt that year.

To summarize, Obama expects our budget deficit to decline from $1.645 trillion this year down to a low of $607 billion in 2015 by having 5% per year GDP growth, only 2% per year inflation, unemployment in 2015 of only 5.9%, and an overall interest rate that is only 1/2 of historical 10-year treasury yields. NIA projects that the U.S. will see zero GDP growth adjusted for inflation and if we are right, and we also see the U-3 unemployment rate rise back above 10% along with our overall interest rate on our debt rising back to historical levels of 7.2%, our actual deficit in 2015 could very easily surpass $3 trillion.

In early 2008, the Bush Administration was projecting the U.S. budget deficit to decline to $160 billion in 2010, $96 billion in 2011, and for the U.S. to have a $48 billion surplus in 2012. Look how easily a $96 billion projected deficit turned into a $1.645 trillion deficit, 17 times higher than projected. It is nearly impossible to reduce budget deficits once they begin spiraling out of control, unless the government acted to dramatically slash spending by 50% or more in all areas of the budget including the so-called untouchable areas like Social Security, Medicare, and Medicaid. Obama pledged while running for President to cut the budget deficit in half during his first term, but it has so far increased by 262%. If we have just a few more years of trillion dollar plus budget deficits, interest payments on our national debt will begin to approach half of U.S. government tax receipts and at that point, hyperinflation will be all but guaranteed.