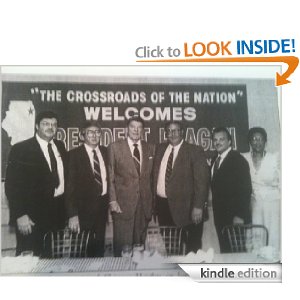 Here is the first chapter for your reading pleasure:

This book just came out today. It is by Michael Volpe and looks like a great read. Make sure you get your copy at Amazon.com. Here’s the book description:

At one time, Chuck Panici was an important person in suburbs directly south of Chicago. As mayor of the City of Chicago Heights, he entertained the likes of Ronald Reagan, George Bush and former Illinois Governor Jim Thompson (along with hundreds of lesser known politicians). He even became known by the monikor: “the boss of Southern Cook County.”

In 1993, all that came tumbling down. He was convicted of a number of corruption related charges including RICO charges. The trial appeared to be another textbook case of a powerful politician letting that power go to their head and eventually to corruption.

This trial also had the presence of Organized Crime. Panici was convicted on all counts.

For nearly two decades, the final word on this trial seemed to be the verdict. That is until now. In a thorough examination of the trial, this book will show the readers a whole new reality. It is a reality even the jury never saw. Finally, it’s time for the whole truth to be told.

Beyond that, this is the story of a man from humble beginnings who rose to great accomplishments.

What does it take to live an epic life? How about conquering the sports, business and political world before being falsely accused and convicted of a number of federal crimes and spending nearly ten years in a federal prison.

Finally, you live long enough so that at the end of your life, the whole entire story is told.

One thought on “Prosecutors Gone Wild: The Inside Story of the Trial of Chuck Panici, John Gliottoni, and Louise Marshall”