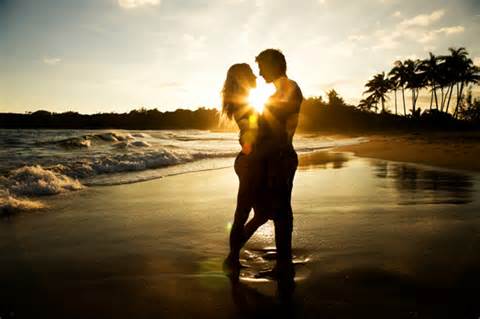 Every week on Monday morning, the Council and our invited guests weigh in at the Watcher’s Forum with short takes on a major issue of the day. This week’s question: What Quality Was Or Is Most Important To You When It Comes To Seeking A Partner, Lover Or Spouse?

The Razor: You make it sound like it’s a rational decision, like choosing between dishwasher detergents. Maybe I’m still romantic at heart but I don’t think reason plays much role in selecting a partner. Smarter people than me have written at length about attraction, including Desmond Morris, one of my favorite scientists. Where it comes in is after a long stretch of time, of unconscious day-to-day experience.

But one quality that did attract me to her was her forthrightness. I had been emotionally weakened by a series of dramatic emotional vampires who all delighted in constructing elaborate tests and vicious psychological games that looking back on it was as abusive to me psychologically as anything they could have physically done to me. She appeared and there were no games, no drama, no loaded questions. What you saw with her was you got. This had scared others away, fearing that it was an act and that she would be like the others, but she wasn’t.

And now, decades later I rely on that same no-nonsense quality that attracted me to her in the first place to keep me grounded. Whenever I begin to stray from who I am she’s there to call me on it. Sometimes it can be frustrating, when she says that a reaction I have to a particular event makes appear to be an “extremist.” But I trust her and question my reaction and when I do I find that I often respond in a knee-jerk way to a response that is easily misrepresented, misquoted or misguided on my part. She helps me to question my reaction, explore what underlies it and either come up with a better response or perhaps question the underlying assumption that caused the reaction.

In order for this to work one needs trust, and after all this time together I trust her more than I trust myself, so whenever we hit bumpy spots in our relationship that trust makes it easier to address the problem, find solutions and make apologies, swallowing as much pride as necessary.

Simply Jews: Yes, it’s an excellent and important question, the only problem is that:

1. I wouldn’t dare to consider that now, since SWMBO might misunderstand the direction of my thoughts, which may result… oh well, it’s irrelevant to the question itself.
2. The question itself is largely irrelevant in my age bracket.
3. And the truth is that I hardly remember anything of value about the whole “seeking a partner” business.

Still, from what I do remember about these early days, which happened to be my university years as well: seeking a partner is a highly distracting occupation that tends to cause unimaginable harm to one’s university studies and grades. Being young and… er… restless, one tends to focus on two main qualities of the potential partner: appearance* and the degree of readiness to show a merest shadow of sympathy to the clumsy advances one is displaying in such pathetic abundance.

Anyone who went through the process in his/her youth and mentions other qualities, may be considered unfit to belong to the brotherhood/sisterhood of mere humans. And start growing wings asap.

(*) If you are unsure of the meaning of that term, please don’t bother to ask.

JoshuaPundit: OK, we’re talking Troo Luv here, not casual encounters. I would have to say character (or perhaps shared values would be a better term) and what I can only describe as a quality of sensuousness. Intelligence is also a very attractive trait for me…and by that I don’t necessarily mean intellectual gymnastics.

Sensuousness to me means something beyond appearance. It’s how a woman carries herself, how comfortable she seems to be with her femininity, the way she smiles, how she speaks, the warmth she exudes, even how she smells to me.

Shared values are how you and someone else look at the world when it comes to the essential issues – what truth and honesty mean, what giving means, what ethics you embrace, how to treat someone you’re in a relationship with. With shared values you have someone you can build a life with. Without it, you’re constantly paddling in different directions.

When I met my wife I was a pretty happy and independent bachelor and not particularly looking to get married, but I was open to it (as almost everyone says) if I found the ‘right person’. We were set up on a date by a mutual friend who used a pretty devious strategy to get me to agree to it, and without going into t the hilarious details, it was a disaster. We were superficially very different people at first meeting, she behaved quite differently than the sort of women I was used to hanging out with, I’m sure I was not what she expected at all and she fled like an antelope as soon as she could. I never expected to see her again.

But a couple of days later, I got a call from her inviting me out to dinner. I had paid a decent sized tab at a restaurant for her and our friend, and she told me she wanted to reciprocate by taking me out in exchange. My first thought was to make an excuse and beg off, but then the following thoughts flashed through my mind in no particular order (a) it took real courage and a sense of fairness for her to call me back and offer to take me out after she’d had such an obviously lousy time – that really impressed me (b) she was pretty cute and (c) it was, after all, a free meal.

So I went on that second date.

We were married eight months later…

The Colossus of Rhodey: Sense of humor. Or, if that is lacking a bit, at least the ability to laugh … to let things go, and also to laugh at ME (because *I* joke around a lot). This was probably the main sticking point in my marriage of 20 years; increasingly it came to a point where I constantly had to watch what I said for “fear” of angering (or “embarrassing”) my spouse. Four years ago the breaking point was reached.

I now am with someone who appreciates my sense of humor and always thanks me for making her laugh. I can never adequately express how good that makes me feel.

Bookworm Room: Bone-deep kindness, a basic sense of respect for people, and a good sense of humor.

One thought on “Forum: What Quality Was Or Is Most Important To You When It Comes To Seeking A Partner, Lover Or Spouse?”