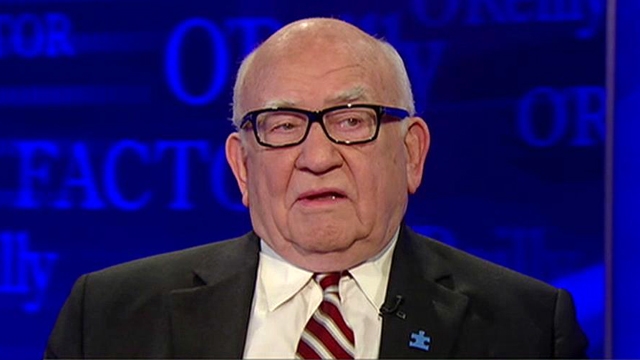 Ed Asner’s explanation for Hollywood’s silence regarding Obama attacking Syria epitomizes the absurdity and danger of political correctness and identity politics. Ironically, Hollywood progressives find themselves slaves of their own emotion driven brain-dead loon-icy. Hollywood along with Democrats and the mainstream media have declared all opposition or criticism of Obama racist. “A lot of people don’t want to feel anti-black by being opposed to Obama,”said Asner. http://bit.ly/1enttei

Excuse me! They don’t want to “feel”? Dear Lord, while we adults are discussing national security, Democrats (Hollywood Progressives) are still obsessed with feelings and protecting the first liberal black president. This is why it is crucial that voters send “adults” to DC who will put the best interest of America, first!

Democrats, Hollywood and the mainstream media’s super sensitivity to racism and sexism only applies to liberal Democrat blacks and women. Thus, a Hillary Clinton presidency would, in essence, be the third term of Obama; furthering his “fundamental transformation” of America, implementing their liberal socialist/progressive agenda.

Anyone opposing or criticizing the first “woman” president would be politically shackled, placed in stocks and humiliated in the public square for sexism. Suckered again by allowing their political enemies to set the rules of engagement, wimpy weak-kneed Republicans will surrender and give Hillary everything she wants; complicit in ignoring the Constitution and the best interest of We The People.

In glaring contradiction of their well-crafted image as defenders of blacks and women, Democrats have a history of take-no-prisoner assaults on black conservatives. Democrats seek not merely to stop them, but their total destruction, insuring that their uppity black derrieres never dare challenge the liberal’s agenda again.

A liberal radio host called the first black Secretary of State, Condoleezza Rice an Aunt Jemima; claiming that blacks only have subservient roles in the Bush Administration. http://www.foxnews.com/story/0,2933,139031,00.html Imagine a conservative radio host calling a black Democrat politician an Aunt Jemima. Their career would be over.

Then, with class and dignity Dr Rice endured the Attacks of the Racist White Liberal Cartoonists. Pat Oliphant and Jeff Danziger featured Rice with exaggerated big lips speaking in a rural southern dialect.

Ted Rall in his comic suggested that Rice was Bush’s “house nigga” in need of “racial re-education.”

Was there push back from the mainstream media over the blatantly racist cartoons? Heck no. As a matter of fact, Universal Press Syndicate and the New York Times distributes these racist cartoonists. http://bit.ly/zDYdaV

Republican Michael Steele was the first black man to win a statewide election in Maryland. And yet, when the LT Governor ran for the U.S. Senate he was pelted with Oreo cookies at a campaign appearance. An Oreo is a black person who is black on the outside, but white inside. http://bit.ly/DLEz4 A white liberal blogger released a racist doctored photo of Steele as a black-faced minstrel. The caption read, “Simple Sambo wants to move to the big house”. http://go.mu.edu/14zmEVo

Despite irrefutable evidence that decades of liberal Democrat policies have destroyed the black family, racist actress Janeane Garofalo concluded that black conservatives are getting paid or are mentally ill; suffering with Stockholm Syndrome. http://bit.ly/q1aBKG

Black actress Stacey Dash was unprepared for the tsunami of venomous hate she received from liberal Democrats for endorsing Romney for president. http://usat.ly/SRi4F9 In solidarity with MLK’s dream, Bash said, “I chose him not by the color of his skin, but the content of his character.”

This is merely a glimpse into the Democrat’s horrific record of racism which is equally poor on sexism.

None of these outrageous mean-spirited sexist assaults on conservative women by liberals received meaningful push back from Democrats or the liberal mainstream media.

In an unholy alliance, the mainstream media have duped low info voters into believing the Democrats are superhero defenders of blacks and women, protecting them from villainous evil white rich conservative Republicans. What a crock of you know what.

Folks, the bottom line is liberal Democrats are not paragons of virtue fighting for the rights of blacks and women. Quite the opposite. They “use” blacks and women as pawns to further their agenda.

Democrats can not be trusted with national security and restoring America back to it’s world leader status and economic glory. Like walking dead zombies, Democrats and their cohorts in the mainstream media are undeterred, totally focused on implementing the liberal socialist/progressive agenda and protecting the legacy of the first liberal “black” president.

Such will be the case if Hillary wins the White House in 2016. Protecting the legacy of the first liberal “woman” president will trump everything including national security.

Political correctness and identity politics are killin’ us folks.

It is time to send common sense adult politicians to DC, free from the slavery of casting votes based on race, gender or political correctness. It is time to put America first!