Hillary Clinton, without a hint of irony, has reportedly called for “toppling” the 1 percent. So the putative favorite for the Democratic presidential nomination intends to target those who — like herself, her husband and the benefactors of her family foundation – are the wealthiest of the wealthy.

If Mrs. Clinton is seeking to upend a system that pays off a select group of elite insiders who profit by undertaking cronyistic, anti-free market acts, I applaud her. But if Mrs. Clinton is rather seeking to punish the few who have amassed great wealth by producing goods and services for their fellow man, Hillary ought to be pilloried. 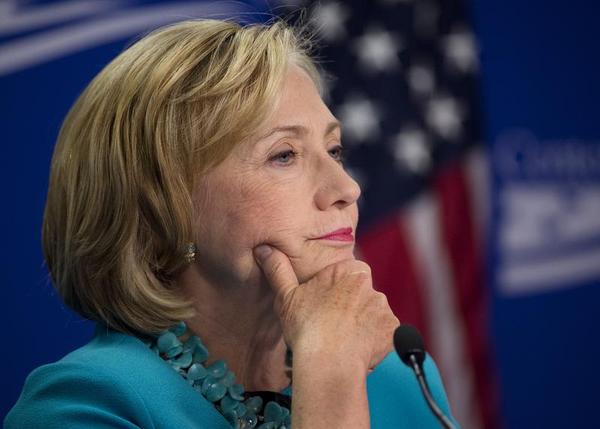 Any national conversation convened by Mrs. Clinton on disparities in wealth should begin with a long look in the mirror. Hillary and Bill Clinton have obtained their wealth not by meeting a true market demand, but by transacting in the political marketplace of power and influence.

Distasteful as we might find this, one cannot blame them – at least to the extent to which they were not effectively compensated for fulfilling or seeking to fulfill their end of a bribe.

For though an extreme example of successful political entrepreneurs, the Clintons are a mere symptom of a problem created by government itself, which like all institutions seeks to protect, preserve and enrich its own.

People like the Clintons, Eric Cantor, Deval Patrick and thousands of other well-connected ”public servants” find highly remunerative work while out of office because political access and protection are prized in the marketplace.

Political power is only prized by the marketplace because there is something to be bought. Political payoffs, to our nation’s detriment, are simply seen as the cost of doing business.

Stated differently, because we have a hyper-regulatory state today that is all-intrusive and all-powerful, currying political favor may be the difference between life and death, endless riches and cataclysmic failure.

This state of affairs effects corporate executives whose profits may rest on regulations that keep out or handicap competition, antitrust rulings that prevent competitors from merging or the receipt of government contracts and subsidies. But more broadly, it encompasses an endless army of accountants, lawyers, regulators, compliance officers, human resource professionals and even investors whose jobs exist solely due to such a system.

In a truly free economy – as opposed to the caricature of one provided by the Left — the marketplace votes on who succeeds and who fails by rewarding those with the skills, talents and ambitions to provide something the public deems of value.

When an enterprise fails, its resources – from land, labor and capital to intangible assets like intellectual property and market information – are picked up by more capable hands and put to better use.

In such a system, the so-called ”1 percent” – unlike in socialist countries – does not consist of a static class of politicians and their cronies, but rather, a dynamic class of individuals who rise and fall based on the marketplace. This is another way of saying that businesses succeed and fail based on the ever-changing demands and preferences of the people.

Of course, not only the political class but many others in today’s 1 percent would be adversely effected by abolishing the hyper-regulatory state and implementing a loophole-free intelligible tax code where all compete on an open and level playing field.

That America still retains even a semblance of dynamism in the face of our hundreds of thousands of pages of indecipherable regulations, a byzantine tax code not to mention the increasingly whimsical enforcement of property rights is a testament to the undying creative spirit that has yet to be extinguished by a political class that in effect is hellbent on doing so.

Americans in general, and Hillary Clinton in particular ought to remember that the government in Washington D.C., unlike the one percent and the rest of the private sector, does not create anything. Rather, its denizens take the wealth of others – including that of our children, our grandchildren and our great-grandchildren – and redistribute it. In the process, the jobs “created” are at root non-productive: They merely serve as one pocket from which to funnel money from another. These jobs represent a massive diversion of resources from activities that society would otherwise reward to those which dissipate wealth.

This is a tragedy not just in economic terms as a “deadweight loss,” but in human terms in the waste of the talents and ambitions of those who would be better served focusing their energies elsewhere – developing truly great and transformative goods and services to the benefit of all, while in so doing creating fulfilling work for others.

The trillions of dollars in wealth diverted today further would be better allocated by the public rather than by politicians. Imagine what Steve Jobs might have accomplished had Apple’s tax dollars remained with him and not been entrusted to the federal government each year.

From a moral perspective, should you have control over what you have created, or should government have a first claim on the fruit of your labor?

For Mrs. Clinton who has also railed against money in politics, a Constitutionally faithful and thereby limited government that stopped concerning itself with every aspect of our lives would have the doubly positive effect of discouraging individuals and businesses from “investing” in politicians through the funding of their campaigns. After all, successful individuals invest their time, energy and capital where it will receive its highest return. There would be very little return to be generated if government solely concerned itself with the clearly enumerated powers of the Constitution.

Fairness does not consist in tearing down our fellow citizens, but in treating them equally on the basis of merit. And little is more antithetical to a free society than rewarding people based upon how well they wield the threat of government control.

Here’s to hoping that Hillary topples the government-created one percent, beginning with herself.