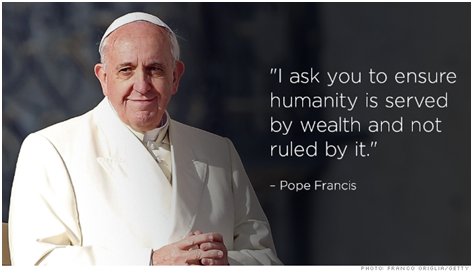 Is the Pope Making Money Moving Bodies into America?

This week marks the historic visit of Pope Francis and his speech before a joint session of Congress. To showcase charity and humility, he is choosing to dine with the homeless rather than attending a luncheon with Congressional leaders, and is being ferried around in a tiny Fiat rather than a limousine. 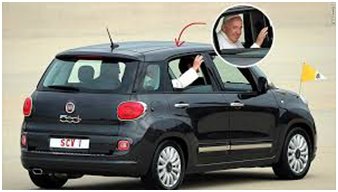 The optics and the message are registering, but are they misleading?

The Pope’s message to Congress was clear. We are all refugees somewhere in our backgrounds and it important to do everything possible to make the refugee’s lives easier and we must welcome them to our midst. He has already gone on record in Europe announcing the Vatican will welcome two refugee families and he wants every diocese to follow suit.

But maybe the Pope should embrace transparency and divulge the obvious conflict of interest he has when asking for more help for refugees. The Catholic Church profits financially. 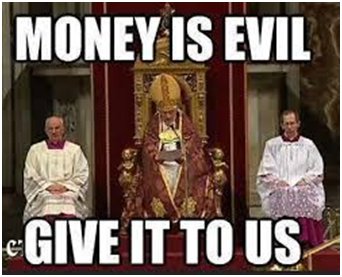 The U.S. Conference of Catholic Bishops (USCCB) is one of the nine contractors that handle all the placements in the Refugee Resettlement (RR) program which has been underway for thirty five years in the U.S.A. On their website, you will find they take credit for handling the placement of 30% of the refugees that come here every year.

The U.S. Conference of Catholic Bishops is well paid for their efforts. The USCCB is paid with tax dollars from U.S. citizens who are in the dark about how this program works. People are ill-informed about a program that has been going on since the 1980’s with little-to-no oversight from the elected officials in DC who rubber stamp and renew it on an annual basis. There are no public hearings and little publicity until people wake up one day to find their town has been flooded by refugees who are very dependent on the community for schools, public safety, medical care, translators and a myriad of other needs.

Refugee Resettlement in the U.S. Is a billion dollar a-year industry. The contractors are paid by the head to get refugees set up in a community. Once this brief orientation of just a few months is over, the refugees are on their own, but not really, because the orientation period has been used by the resettlement contractor to line up all available federal and state welfare programs to act as a safety net. It is so much of a safety net that it has had the effect of making people dependent on government handouts and many remain on welfare indefinitely.

Because the refugee problem is so lacking in transparency, the stakeholders, the U.S. taxpayers have not had an opportunity to make their voices heard. There has never been a public examination or debate about the most desirable strategies to deal with refugees. Many of the best solutions are being overlooked because people don’t even know enough to ask the right questions. Those who profit from the Refugee Resettlement program tend to be guarded and secretive. The resettlement industry spends time and effort to strategize how they will deal with “pockets of resistance” or in other words, the private citizens who have a group of strangers dumped on their doorstep and choose to resist. This is a global program with the UN in charge and calling the tune, and yet it affects every taxpayer for not only the original placements, but also the ongoing needs of a population of immigrants that rarely become totally self-sufficient and integrated within the community. There is a marked lack of assimilation and recent refugees do not even pay lip service to assimilation.

If the Pope would ever hope to have moral authority on the refugee question, he must divulge his clear conflict of interest as a paid contractor through the participation of the Conference of Catholic Bishops. This is not charity. It is big business with a big payday as evidenced by six figure salaries for the contractors and high priced lobbyists in Washington DC. The idea that the Pope would come to this country, always top-of-the-list in charitable donations, and lecture citizens who may have been negatively affected by a flood of both legal and illegal immigrants, is offensive in light of the Catholic Church’s obvious financial stake in keeping the RR program in place and growing. 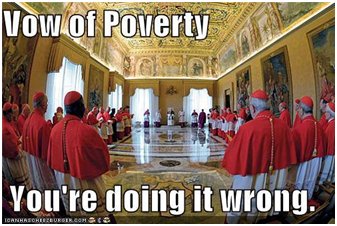 What can you do? Go to Ann Corcoran’s excellent site, and learn all you can. Be sure to sign the petition that calls for local control for refugee resettlement linked to her site and share it with all your contacts. Talk to your elected officials at every level. Encourage them to get up to speed and start to exercise some local control. We cannot allow our lives to be impacted by officials at the UN rather than our elected officials. We should call a halt to RR until we can study the problem for the best solutions. If you just remember “local” rather than “global” as the guiding principle you will be on the right track. We do not want influence from the less-than-truthful globalists at the UN or the Vatican. 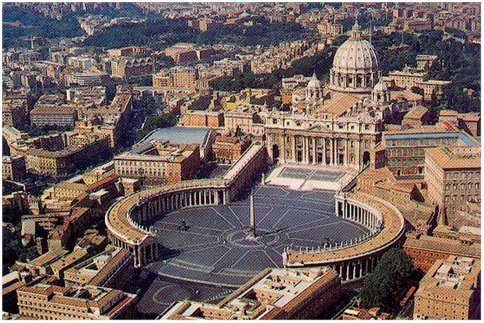 One thought on “Is the Pope Committing a Sin of Omission?”